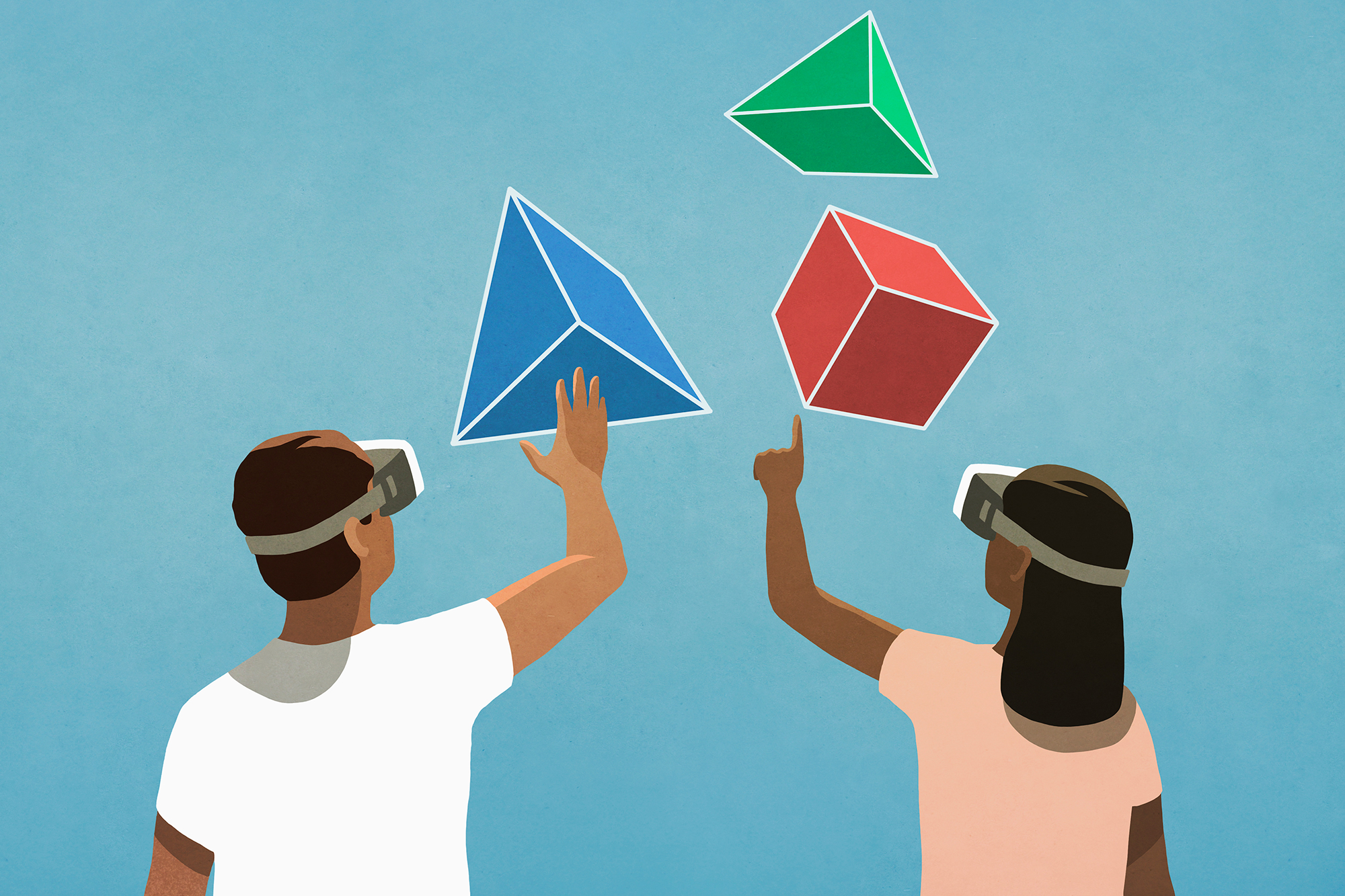 Gaming: it’s not just for gamers anymore. While acute and chronic pain have long been treatment challenges for outpatient physicians, the use of virtual reality (VR) is growing as the potential of this tool is uncovered — which could mean great things for pain patients.

At the recent American Academy of Physical Medicine and Rehabilitation (AAPM&R) Annual Assembly in San Antonio, Zacharia Isaac, MD, David Binder, MD, and Lorna Brown, DPT presented on the benefits, evidence, and implementation of VR for the treatment of acute and chronic pain. They reported that the modality can be used both as a distraction and as a cognitive therapy adjunct. While it can be used to distract from an impending procedure and its accompanying pain, it can also be used to increase awareness by changing the patient’s physical context. One example provided was that while bending in day-to-day life might be painful, bending in a virtual game of fetch with a dog could allow for critical movement and practice while positively altering the patient’s response and cognizance.

The speakers noted that there are 50 million chronic pain patients in the United States and 19.6 million patients with high-impact chronic pain (pain that results in substantial restriction of life activities for 6 months or longer.) Chronic pain involves a disconnect between load, structural damage, and reported pain scores, and usually results in inaccurate reporting of recalled pain. But the speakers noted that most currently available treatments are poorly efficacious and/or invasive, with only temporary expected benefits. Many interventions cause only a transient change in state rather than a lasting change in trait. The treatments that do bring about lasting change (eg. improved nutrition, exercise, stress reduction) are ineffective in large part because they have poor societal buy-in. VR, however, may be an area in which patients are willing to invest their efforts. Further, VR also has roles in treating periprocedural anxiety and in pediatric procedures, with far more patient acceptance than the injections that are currently common practice in those clinical contexts.

The speakers reported that VR is becoming more widely supported. Not only is it accessible, non-invasive, safe, and reasonably cost-effective, it is also a potential treatment alternative given increasing restrictions on opioid treatment. Its history dates back to 1957 when Hollywood cinematographer Morton Heilig first developed the Sensorama, the world’s first virtual reality technology. The first VR headset was produced in 1968, and Sega developed the first VR gaming headset in 1991, though their product was not ultimately launched. In 2010, Palmer Luckey developed Oculus Rift, which expanded the headset field of vision for a full immersion experience. His company was subsequently acquired by Facebook for $2 billion. Today’s VR headsets are now lighter and clearer, with the technology continuing to improve.

The first study on VR for pain was done by Hoffman et al in 2000, and showed that VR could be a useful analgesic for bedside burn wound care. Since then, studies have proliferated and sample sizes have grown. A 2006 Hoffman study reported that fMRI imaging showed a statistically significant reduction in activity in areas of the brain associated with pain perception and modulation when VR was used. A 2019 study by Spiegel et al found that the patients with the most pain had the most relief with VR, though no difference was found in opioid prescribing between their study groups. The presenters discussed their own research: a randomized controlled study of peri-procedural pain and anxiety in chronic low back pain patients receiving spinal injections. A nature-themed relaxation video was viewed prior to the injection in either an audiovisual or VR format. Ultimately, neither format was associated with statistically significant pain reduction compared to controls. They did note, though, that no adverse effects were experienced and that stand-alone devices that can store content instead of relying on the transmission of data over a wireless connection are preferred in a research setting. Future areas of research may include patient characteristics that enhance VR efficacy, varied types of VR content, and active versus passive VR results.

Though it is difficult to accurately compare studies because of the different pain scales and measurement standards used within them, combining VR with standard of care treatment — often opioids — appears to have the greatest impact on pain scores and brain activity. Continuing to study VR, particularly in the pediatric population, is crucial because insufficient treatment of pain in children has been shown to increase acute complications as well as long-term sequelae, potentially leading to those children growing into adult chronic pain patients. Further, expansion of this modality may be economically advisable. A 2018 study by Delshad et al found that VR had the largest cost-savings potential when it came to reducing the length of inpatient stays. And of course, as more studies are completed, payor reimbursement for VR treatment may follow.

Given the low-risk nature of this treatment option and its high level of patient acceptance, VR remains an area of significant potential in pain management. The future may find us all investing in headsets.