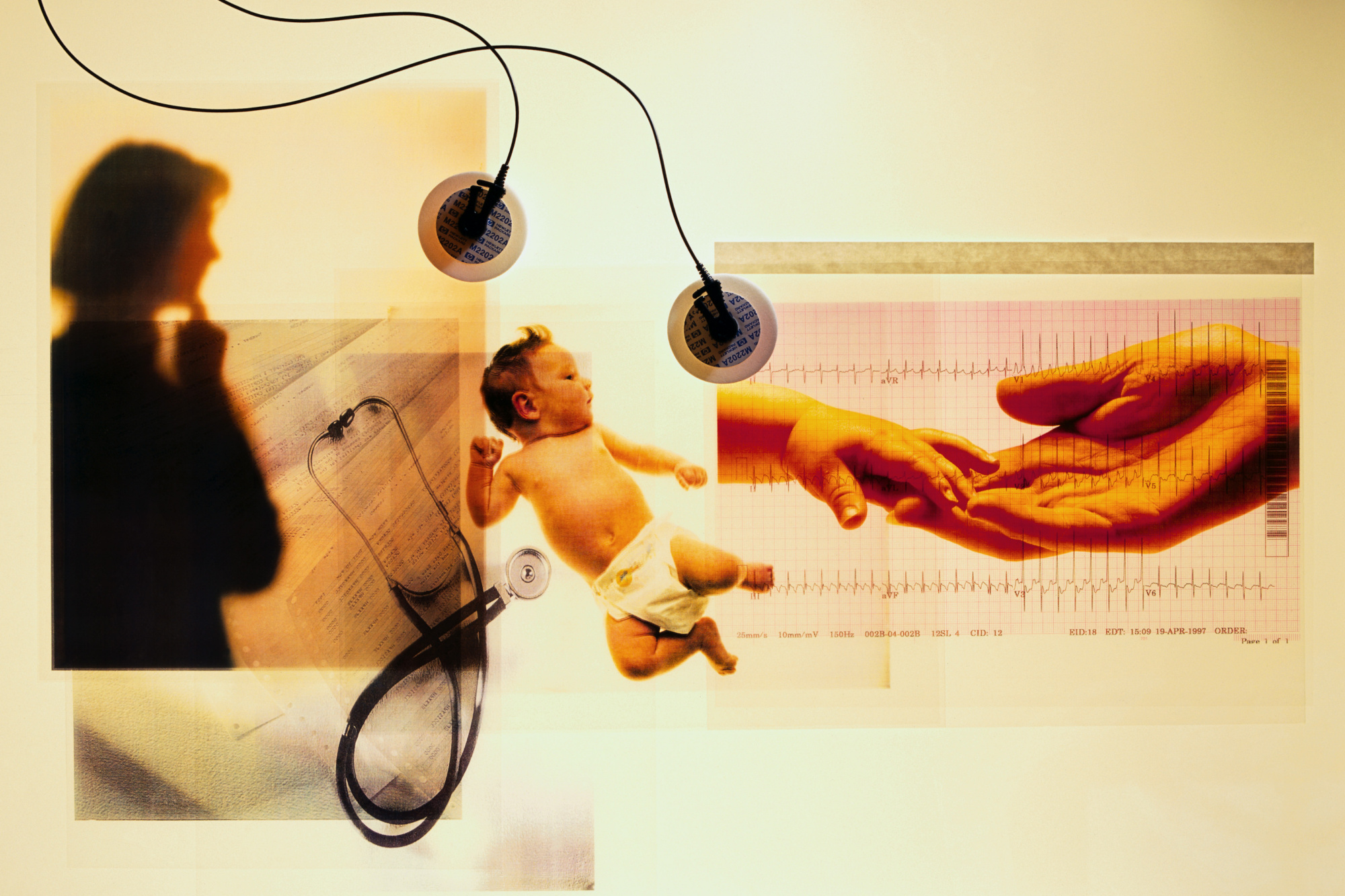 ﻿﻿﻿﻿I recently had the opportunity to join some emergency medicine colleagues on a panel briefly discussing each of our unique experiences with becoming parents. We were charged with providing a tweet-worthy summary of our story followed by some key pros and cons of our experiences. Interestingly, when the panel was created, I believe the idea was that each of us made choices to become parents at certain times in our careers … but, as I sat up there listening to each person’s story, I realized my journey to being a mother was born not of a deliberate plan. It was very much unplanned — in fact, it was certainly not the path I’d envisioned when I’d daydreamed of becoming a mother.

I was in my third year of residency. Near the beginning of that year, I came home from work and my husband told me that he didn’t want to be married anymore. He couldn’t really articulate why, but he knew that what we had was not what he wanted anymore. I was crushed and confused and much of the next week was a blur. I didn’t argue. I didn’t fight. I got online to find a place to live. I found a furnished studio, packed my things, and left. I went to work. I went home. I cried until I had no more tears in my tear ducts. I drank a bottle of wine per night. Rinse. Repeat. I still can’t drink a certain Shiraz with a kangaroo on the label anymore. I stopped taking birth control because I was no longer in a relationship, so pregnancy was not a risk.

Nearly six months passed with very little communication. Then, he reached out. We talked. We explored what might have been missing and how we could move forward. We discussed counseling. I was hopeful — but cautious. Anyone who has been in love, even with the wrong person, knows that feeling. My heart ached for connection and my brain screamed to tread carefully. We started dating … we re-engaged intimately. I told him I wasn’t on birth control anymore but neither of us made a deliberate decision to add any component to our intimate activities to prevent pregnancy.

And then, things got rocky again. Communication was inconsistent. I withdrew, focusing on work and the good old in-service exam. I’d cut drinking back down to a minimum and was running regularly as I trained for my first 10-mile race. Physically I was healthier, but emotionally I was a wreck. I covered it up with work. I’d just found out I was going to be a chief resident, which was a huge emotional win for me when it felt like the rest of my life was falling apart. My coping mechanism for the heartbreak I was experiencing in my relationship was to bury myself in work and to cut out the person who was hurting my heart.

Then, I started noticing I was becoming incredibly sensitive. I chalked it up to the experience of my ending marriage. But then one day I noticed my body actually didn’t feel right. Then, I realized I was late. I went to CVS, bought a pregnancy test, went directly to the Starbucks bathroom and peed on a stick. Two pink lines. PREGNANT.

Have you seen those special effects in movies where the actor hears something unexpected and then sounds become muffled, the image starts spinning, and there’s a moment of tunnel vision? That is the closest thing I can think of to describe what it was like for me in that moment. I was numb. Shocked. I think I wandered through a shift in the emergency department. I didn’t tell anyone for a couple of days. I calculated how far along I likely was, then I called my co-chiefs and spilled the beans. If this was going to work, I needed to plan my schedule around my likely delivery date. I swam around in my own brain for a while. My husband had made it unequivocally clear when we’d started our relationship five years earlier that he had no desire to be a parent. It was, in fact, one of the reasons he ended his previous marriage. (Before you judge, this was my second marriage, too.)

So, here I was. Separated from my husband, with the future of our marriage unclear, living in a studio apartment, on a resident’s salary. I had no family or prospect of family in the geographic area. How in the world was I going to be able to make this work?

The thing is, I’d always wanted to be a mother. Two of my greatest dreams in life were to be a doctor and to be a mom. I was 34-years-old. I had 1.5 more years of residency. I’d been through some tough things in my life and those experiences were fraught with financial instability and insecurity. How would I be able to pay for childcare to accommodate my resident schedule? Would my health insurance cover the cost of a pregnancy? Who would help me? Was I going to be a single mom and chief resident with no safety net? Was that my story?

At first, I wasn’t going to even tell him. Why not just disappear? He didn’t want to be a dad, so he didn’t have to know. We never had to speak again. Simple, right? But then I convinced myself it was unethical. He should know. We talked about it. We argued. We talked about termination. I almost convinced myself it was going to be too hard and that termination would be easier. I actually went to an abortion clinic. I left before they called me in for my appointment. I walked down the street sobbing because I was so overwhelmed and confused. I called my best friend in the entire world and told her the whole story. I poured my heart out. Thankfully, she talked sense into me. She said, “Kat, you’ve always wanted to be a mom. You’re a doctor. Why are you trying to talk yourself out of something you’ve wanted for so long? No, it’s not ideal and yes, it will be hard. You’ve been through hard things. You can do this.” I knew she was right.

I called him. I said, “I couldn’t do it. I’m not going to terminate. I’m having this baby. You can walk. You never wanted to be a parent anyway. I’ll figure this out on my own and you won’t have to worry about any of it.” He was shocked and he refused. He said, “I’m not abandoning my kid. It’s my kid, too. If you’re doing this, we’re doing this.” I was shocked, angry, confused, and relieved — all at the same time. I was shocked after everything he and I had been through that this was the point he was sticking to. I was angry because as difficult as it would likely be to parent 100% solo, I was despondent about the things in our relationship that had occurred prior to the pregnancy. I knew full well my feelings about those experiences would bleed over into our relationship as parents. In many ways, I felt like it would've been easier for me emotionally if he’d walked. But he didn’t.

I didn’t move back into our home until I was eight months pregnant. By that time, I knew that our marriage was not going to last, but I chose to make a home with him for the benefit of our child. It was an incredibly tough decision. My heart and brain were at odds with each other. When it came down to it, though, I knew we would have to weather this parenting adventure together, even if I had doubts about our intimate relationship. We were committed to sorting out how to be parents and that was our primary focus. We were both nervous and scared.

But then in spite of everything, when he arrived, we made an unforgettable connection with our son — his tiny hands, feet, nose, lips … his big brown eyes and ridiculously long lashes … his little jeans and Chuck Taylors. We became a family and though our family has been tested and continues to be a bit of a rollercoaster, that has been and will continue to be at the core of our success as co-parents.

Are you both a parent and a clinician? Share your experience in the comments!﻿﻿﻿﻿﻿

A version of this article was previously published at sheMD.