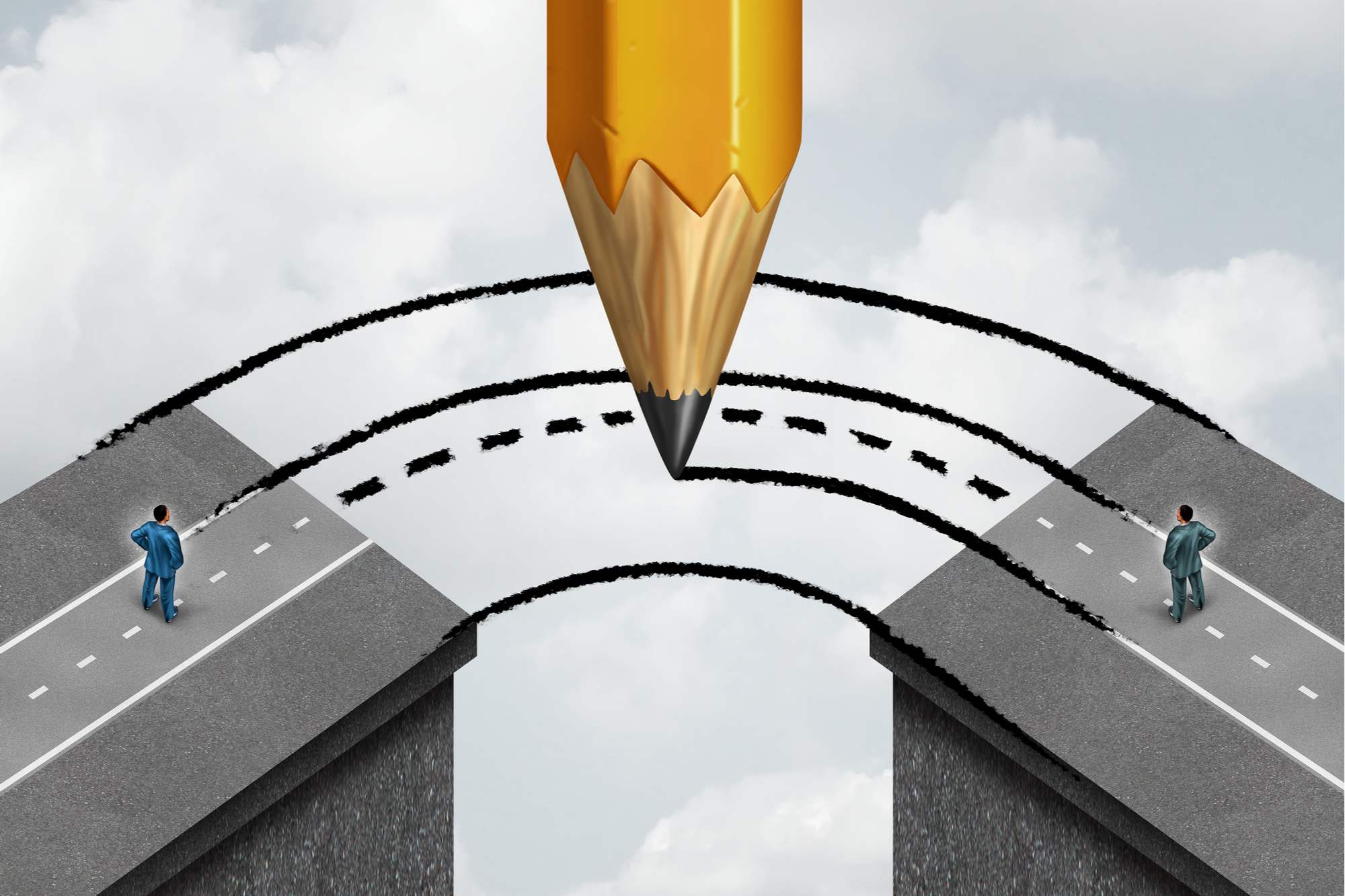 When I first decided to apply to medical school, I only knew one thing about osteopathic doctors (DOs): they were would-be-docs that couldn’t get into an allopathic school. The degree wasn’t as well-regarded, but DOs still got to practice medicine.

You can imagine my surprise when, months later, I investigated the real differences between the two degrees. Every source said that osteopathic schools offered the same training as allopathic schools, and more. In fact, the DO curriculum was enriched with coverage of musculoskeletal techniques and an emphasis on holistic medicine.

I knew I was missing something. If DO training was more robust than MD training, then why wasn’t it the more respected of the two degrees?

If you aren’t overly familiar with DOs, you aren’t alone. The American Medical Association, hailed by Forbes writer Shikha Dalmia as an allopathic “doctors’ cartel,” has done a stellar job of resigning osteopathic clinicians to second-class-doctor status. This was relatively easy to do, since DOs historically denounced medication, believing that lesions were responsible for all illnesses. (For the record, back then, allopathic doctors were using leeches as a medical tool.)

That said, both types of doctors – MDs and DOs – converged upon science-driven, evidence-based medicine around the same time. The DOs added meds, and the MDs began applying more holistic approaches to health. Though DOs still learn Osteopathic Manipulation Techniques (OMT), few use them in practice, and there is some controversy over whether these methods are scientifically backed.

The major difference between MDs and DOs today is political. The two systems have different institutions, who profit in parallel from qualifying schools, selling scholastic products, managing exams, and collecting physician membership dues. The NBME makes bank administering the USMLE. Though it’s difficult to compete with the level of legal extortion exhibited by the NMBE, the NBOME is riding the same train. And that’s only the exams boards. The American Medical Association (AMA) and the American Osteopathic Association (AOA) are, to put it nicely, profiting exorbitantly. With all the money being made it’s no wonder these institutions have been vying for position and prestige for decades.

MDs were first to the scene and have always been on the winning side, but MD-profiting institutions haven’t been able to shake the DOs. In the 1960s, these comparative underdogs were granted the right to work with Medicare patients. They were, finally, fully legit.

As DOs became more mainstream, MDs became more specialized. The AMA institutionalized higher payment rates and a greater level of prestige for specialized docs through their secretive Specialty Society Relative Value Scale Update Committee (the Washington Monthly has an excellent piece on this topic entitled Special Deal). The aim is to protect MDs with anti-competitive AMA practices, and the merge is another piece in the long-game. Checkmate.

The first of these barriers, medical school slots, is being slowly cracked open by the rise of DOs. Between 2007 and 2017, enrollment in osteopathic institutions increased by 85 percent, accompanied by a steep rise in DO-granting institutions. Allopathic schools have not kept pace. The result? Nearly one out of every four medical students attend a DO-granting institution. Projections suggest that 20% of practicing physicians will be DOs by 2030. If you haven’t heard of DOs yet, you soon will.

The second training bottleneck, residency slots, is being skillfully manipulated to preserve the elevated status and salaries of MDs.

A major drawback to attending a DO-granting school is the automatic limitation in residency and specialty options. Though DOs have historically been allowed to match to allopathic residencies, they are often considered less desirable applicants. Some residency programs do not accept DO students at all. There has never been a DO admitted to Harvard’s radiology residency, for example. As a more broad example, only half of 2019 DO applicants matched to general surgery positions (67 of 134). 84 percent of MD applicants managed to break into the field (972 of 1157 applicants). In contrast, MDs have never been able to take part in the DO matching process. DO-specific residencies were generally less prestigious and offered fewer specialty slots, but allowed DO candidates to enter more competitive specialties without competing against MDs.

Now, this has all changed.

In 2011, the ACGME announced new Common Program Requirements under the Next Accreditation System, which keeps osteopathic practitioners from matching to allopathic residency programs. The fellowships followed, with many institutions refusing access to physicians trained in DO-specific residency programs.

Lest you think the ACGME an unbiased actor, its members are made up of allopathic institutional strongholds, including the AMA. In fact, the ACGME’s predecessor organization was founded by the AMA. In short, the osteopaths were backed into a corner, but it was of their own making. There are far from enough DO residency spots to accommodate the growing number of DO graduates — they need the allopathic spots. Attempts to increase DO-specific residencies have been slow, unable to keep up with student needs.

In July 2015, the governing bodies of the DO and MD matching processes began a five-year integration process: the merge. 2019 marked the final DO-specific match and the end of DO-specific specialty slots. Instead of choosing between the matches, DO students now participate in the National Resident Matching Cycle, alongside MDs. Though the results of this shift remain to be seen, the merge represents the institutionalization of a process that has been occurring for some time: doctor differentiation. Unless previously DO-tagged programs continue to favor DOs, the merge will make it harder for DOs to secure residency slots in competitive specialties. Residency programs can apply for osteopathic recognition, an indication that they intend to include OMT training and cater to DOs, but it’s likely few will. Of the 50 programs offering an osteopathic general surgery residency in 2014, only three have applied for osteopathic recognition in the new match. Of the 38 orthopedic surgery programs, one has applied (site accessed 9/30/2019). Though early, these numbers do not bode well for the future of DO specialization.

Normen Gevitz is a medical historian and author of The DOs: Osteopathic Medicine in America. He also penned a fascinating position paper addressing the unintended consequences of the merge. He details potential problems, including the possibility of losing 20% of previously DO-specific residency programs and the end of AOA board certification. Gevitz’s concern is that MD institutions will eventually gain power over DO schools, force them to adhere to MD accreditation standards, and drive DOs out of business. Instead of differentiation, Gevitz predicts a future without DOs. This has historically been the fate of medical practitioners not aligned with the allopaths. Whether osteopathic doctors have accepted differentiation as an alternative route or are still hoping to assimilate osteopathy is an open question.

Many of the benefits touted in support of the merge are spot-on. It will allow for less duplication, less red tape, and an end to the inefficiency of administering two parallel systems. But the implications are bigger than that. It is a hard blow in a decades-long battle between two schools of thought. The DOs have been fully institutionalized as doctors, but their de facto status as primary care doctors has been strengthened.

In an interesting turn of events, there is discussion of opening up primary care to more than just DOs. Some states have already granted nurse practitioners the right to practice independently. Resigning osteopaths to primary care positions leaves them to fight the battle against mid-level encroachment, while MDs corner the market as specialists.

As the institutional politics of health care rages on, it is important to remember that the compromises made thus far are ultimately in the public interest. More primary care doctors mean better health care for more people, which should always be the ultimate aim.

Erin Wildermuth is a medical student with a master's in International Political Economy from the London School of Economics. She is passionate about health, economics, and technology.