We are living in a time with looming threats of terrorism, but not to the extent that many are losing sleep over this issue. This is America and this is 2017: Most of us have food on the table, a roof over our heads, and are warm in the winter and cool in the summer. Even kings and queens in the 1400s do not have what we accept as our due right in this country.

The sad truth is that not all Americans have this: Not all Americans have healthcare, not all Americans have a job and food on the table. We live near the poor and the destitute—near the military person who has returned from war and has to live on the streets. Perhaps it was PTSD, perhaps it was losing the ability to live without war after four deployments. Whatever the reason may be, they have medals for their bravery and no place to lie their heads. The end result is that with nowhere or no one to turn to, these veterans drop out and commit suicide at alarming rates.

Many of these countrymen and women wish to return to war since they are cared for by their fellow soldiers and sailors. They have a clear purpose in war: to protect and defend, and to kill or be killed. They have built solid relationships and assumed new roles as defensive troops through their responsibility to maintain order in their assigned country. Some are called to enter deeper into harms way as Special Operations personnel, better know to most private citizens as Navy Seals, Army Special Forces, and Marine Force Recon. They have missions that involve political and military objectives so enormous that few can provide such services.

These individuals commonly suffer from loneliness and disillusionment, and many turn to suicide when they see no way out. I’ve interacted with these comrades returning from the Middle East and by way of their physical and psychological exams, I was able to see deeper into the souls of these brave patriots.

A quote from the Military Order of the Purple Heart summarizes what I’ve seen quite well: “A Marine said that ‘war is not hell, war is the foyer to hell; coming home is hell.’”

Dr. Rita Brock and a general in the Army Chaplain’s Corps made a list of what veterans commonly experience when returning home: loss of close friends; isolation from the unit; loss of unit discipline; loss of innocence; sense of goodness; sustainable physical health; loss of role and a purpose for others; loss of family or the capacity for intimacy; marital conflict or divorce; loss of faith and a meaningful community; and loss of self-will.

Why did I write this article for medical teams of physicians, nurses, physician assistants, social workers, and others in healthcare? For us to be reminded of the depth of pain that exists for veterans and hopefully realize that these issues need more than a four-week cure of fairy dust. Twenty suicides each day is a major problem that requires devoted people to surround these individuals with much needed hope and empathy.

Let’s abolish this horrible statistic of twenty lives a day and support organizations and providers that give veterans a chance to re-enter life again.

Read Why Clinicians Are Tweeting About Being #HealthyinHC

Why Clinicians Are Tweeting About Being #HealthyinHC

Feb 7, 2018 Link to Why Clinicians Are Tweeting About Being #HealthyinHC

Read Plugged In and Tweeting the Future at AACE 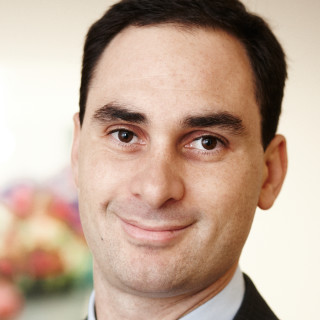 Plugged In and Tweeting the Future at AACE

May 3, 2019 Link to Plugged In and Tweeting the Future at AACE

May 9, 2019 Link to The Infection that Moves So Fast You Can See it Happening