Treading Water in the Information Tsunami 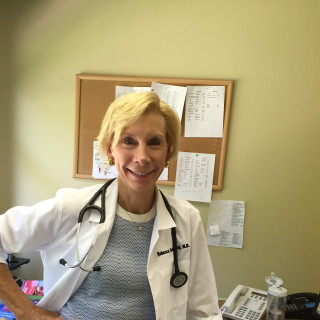 Remember when you would go to an oncology conference and come back saying, “Well, I feel good that I am not doing anything wrong since there isn’t anything new.” That time is never coming back.

Centuries ago when I was starting out into practice, I left the cloying, hallowed university setting to bring oncology care to the masses of the community. There I found that not every physician embraced new treatments. My naivety is laughable now.

The majority of my practice was breast cancer and it was shocking to be confronted by surgeons who scoffed at the idea of a “lumpectomy.” Halsted remained King and mastectomy was, for many, the only way to get rid of breast cancer. The old “I got it all” triumphant statement to the family after exiting the OR. Then the oncologist could give that vomit inducing, hair removing crap. So beneath the dignity of surgery. I was actually mocked at a tumor board by an older general surgeon. He soon lost all of his money in the race horses he invested in. Schadenfreude- you betcha!

Since then I have worked with many well-trained and highly skilled surgeons, some of them specializing in breast surgery alone. They are part of the team approach we now use not just for breast cancer but for many neoplasms. Tumor Boards are multi-disciplinary arenas allowing a full discussion and treatment planning for every case. So much smarter to have more eyes on a case than leaving it to an omnipotent Master of the Universe. More questions, more information all come out in an open forum. The radiation oncologist I trust the most is always asking, probing, noting fine points of the path report or imaging. Better to ask now than after a plan is made. I have always thought that medical oncology should employ a form of chart rounds similar to the radiation oncologists.

Not that long ago, at another Breast Tumor Board, a case of early breast cancer in a young woman was presented. Part of the profile included a particularly low Recurrence Score. We all agreed that chemotherapy was not indicated. A physician in the room who did very few breast cases spoke up aghast, saying “She is really young and certainly deserves to have chemotherapy.” Asking why there was no chemo in the plan would have been a better statement but doctors often fear looking stupid if they don’t know everything.

I can tell you unabashedly, I don’t know everything. I look things up constantly. I like to think one of my strongest virtues is knowing where to look and whom to ask when I need help. With the explosion of immunotherapy, I can guarantee that no one oncologist has expertise in every –ib, -ab or –mab.

Certainly, confirmation of Recurrence Scores can help us know when chemotherapy is not beneficial and Personalized Treatments shaped by genomic profiling are making treatment choices less toxic for many. Even scaling down the dose and number of regimens can save patients from miserable adverse effects of treatments- both pharmacologic and radiation based. We cannot cling to old protocols just because they are what we are comfortable offering. As more complex and sophisticated therapies come into play we all need to get on board and maybe even admit that we need to limit our scope of practice to what we can truly master. Dabbling in many tumor types is not the way of the future. Orthopedic surgeons now specialize in particular joints and they rightfully feel no shame in saying “I am great for hand/elbow and shoulder. You need a doc who does knees. Let me have you see my partner.” Similarly, I want a surgeon who does gallbladders all the time to take mine out if necessary. Not the one who does one every few months.

Same is true for oncology. The ENT patient may not be well served by the GU specializing medical oncologist who happened to take the weekend consult. Which leads me to another topic- consults should come through the office so that they can be directed to the best suited doctor and not luck of the draw. Non-emergent consults are poorly served on the weekend. Another time for that.

My point is that there are few “general” anything in medicine. While we all try very hard to keep up with new developments, they are so rapid that it is sometimes overwhelming. We cannot allow ourselves to fall into a trap of feeling confident that we know everything about all cancers. The smartest docs in the room are the ones who are recognizing and adapting to the information tsunami.

Capturing the Patient’s Story or Capturing a Billing Code?

Sep 4, 2018 Link to Capturing the Patient’s Story or Capturing a Billing Code?

Read Be Grateful: A Visit with a Homeless Patient

Be Grateful: A Visit with a Homeless Patient