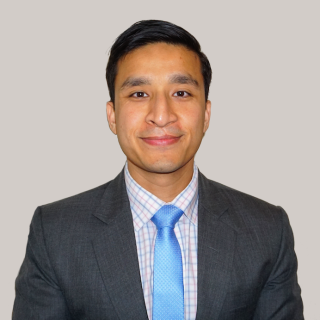 I was recently invited to present my research for an oral presentation at the American College of Chest Physicians (CHEST) 2018 annual meeting. As a resident physician, it was an honor to share the findings of my work with the medical community. The idea for this project came about during a breakfast meal with my resident colleagues, and I would like to give them a special thanks. I am also grateful to have the support from my Graduate Medical Education, co-authors, and mentors Dr. Raghujit Singh and Dr. Salim Surani.

In my clinical experience, I have noticed that the occurrence of Clostridium difficile infections (CDI) is becoming more frequent in the hospital and is increasingly more difficult to treat. In 2011 there was an estimated incidence rate of 453,000 with a first recurrence rate of 83,000 and an estimated death rate of 29,300.[8] C. difficile is a spore-forming gram-negative bacteria that can cause colitis in susceptible populations, especially among those with recent antibiotic use.[9] Other risk factors for CDI include recent hospitalization, immunosuppression, and older age.[4,10] The pathogenesis of C. difficile is thought to be caused by the alteration of the gut flora induced by antibiotic therapy.[3] More recently, studies have shown an association of CDI with acid suppression therapy (AST), which increases the pH of the gastric content. This process may allow the vegetative state of C. difficile to survive to bypass one of our physiological barriers.[7] AST may also allow for bacterial overgrowth in the gut,[11] altering the bacterial ecosystem and possibly play a role in CDI. My research evaluated the risk of CDI with AST. Along with the study findings, I will discuss the underlying problem of prescribing AST and the need for a change in our practice methods as physicians.

The proposed mechanisms of CDI raises the question: is there a difference in the risk for CDI between the two classes of AST? Recent studies have indicated that there is an increased associated risk among patients on proton pump inhibitor (PPI) therapy versus histamine-2 receptor antagonist (H2RA) therapy. A meta-analysis from 2017 with 74,132 patients from twelve observational studies showed an increase by as much as 38.6%.[1] There is also data suggesting that hospitals over-prescribe AST without a clear indication by up to 73%.[6] Another study noted 63% of the patients in the intensive care unit (ICU) and 60% on the general medical floor were inappropriately treated with AST, and a third of them were continued on these medications on discharge.[5]

We undertook a retrospective observational study from January 1, 2014, to June 30, 2017, to compare the incidence of CDI in patients treated with H2RA versus PPI. The first endpoint of our study was to obtain data from a small community hospital setting in south Texas. The secondary endpoint was to assess the available data and evaluate the feasibility of performing a larger retrospective study. Our study concluded that out of the 74 patients with CDI who were on an AST monotherapy, 46/74 (62.16%) were on H2RA and 28/74 (37.84%) were on PPI. Although the incidence of CDI with H2RA was higher than with PPI, this was not statistically significant (p=0.112). Previous studies have suggested that the rate of CDI is higher among patients with PPI as compared to those on H2RA, but our study failed to show this difference. Our study had several limitations including a small sample size and limited duration. Antibiotic regimen were also not taken into consideration.

We were, however, able to evaluate the available data for future studies. To increase the sample size, additional hospital sites within the same hospital systems may be recruited. Additionally, hospitals with the longest existing electronic medical record should be considered to increase the volume of the cases. Thus a larger retrospective study should be performed to evaluate the risk for CDI with AST in addition to antibiotic use. The following factors should be considered including the duration of the medications used, clinical setting (i.e., outpatient, inpatient, ICU, and the medical floor), and the various combination of these factors with the use of antibiotics and AST, recent hospitalizations, immunosuppressive state, and advanced age.

There is still an ongoing debate in the medical community with the association of AST and CDI. It should be noted that the research studies mentioned above and the vast majority available were observational studies and have a lower level of evidence. A recent review article evaluating the relationship between PPI and CDI using the Bradford Hill Criteria finds that there is an association but without proof of causation and calls for a randomized prospective study.[12] Bauer et al. argue that even though previous studies have adjusted for known confounders such as the co-morbidities commonly seen in the sicker patient population who require stress ulcer prophylaxis with AST, other unaccounted confounders may still be present. The author calls for a randomized clinical trial of continuing versus discontinuing chronic AST in patients with CDI.[2] These trials, although warranted, are often difficult to do due to the required time, resources, and patient recruitment.

In our study, we found that 32% of the patients with CDI were on both types of AST during the study period. The reason for this was likely a change in medication from PPI to H2RA or vice versa. Given a large sample size, this finding opens the possibility of performing a retrospective study investigating the de-escalation of AST from a PPI to H2RA and the possible decrease in the risk for CDI. A randomized prospective study is needed to provide a higher level of evidence; however, a retrospective study with the de-escalation method as mentioned may also be helpful.

Regardless of the current or future findings, unnecessary overuse of AST among hospitalized patients should be avoided to decrease chances of other adverse effects and to be more cost-effective with healthcare spending. Future studies with larger population size are warranted to further investigate the difference in the rates of CDI among patients on H2RA blockers versus PPI. The cumulative risk of CDI from AST and antibiotics as well as the efficacy of de-escalating them should also be explored.

I hope this study brings attention to medication overuse and polypharmacy in our patient population, which requires all of us to de-escalate.

Alok Shrestha, D.O. is an Internal Medicine resident physician at Corpus Christi Medical Center in Corpus Christi, Texas. His interests are in gastroenterology, infectious disease, and global health. He has organized and participated in multiple medical trips to rural Nepal. After residency training, he is pursuing a career in gastroenterology and would ultimately like to have a balance between his clinical work, research, and volunteerism. He has no conflicts of interest. He presented Shrestha, A., Kalapurayil, M., Bailey, J., Deol, H., Singh, R., & Surani, S. (2018). Examining Risk Of C Difficile Infection With Use Of Proton Pump Inhibitor Vs H2 Receptor Antagonist. Chest,154(4). doi:10.1016/j.chest.2018.08.342