There Is More Than One Way to Save a Life Intensive care units, hospital wards, and emergency rooms are at the center of the opioid epidemic; and they’re filled to capacity with endocarditis, osteomyelitis, and anoxic brain injuries—medical terms that are synonymous with intravenous drug use. As an Internal Medicine intern in Palm Beach County, these diagnoses are a dime a dozen. Patients with metabolic derangements secondary to drug abuse and subsequent overdose. Young adults intubated in the field after being “found down” in a back alley or a fast food restaurant. I told myself often: They did it to themselves, no one injected it or snorted it for them. And then, on my second week in the intensive care unit (ICU), everything changed.

I remember the sign-out from my senior resident: “We’ve got another one. A woman in her mid twenties found down in her car. Patient was intubated in the field after suspected drug overdose with asystole and return of spontaneous circulation in the ambulance.”

I remember walking into that ICU room. Nothing but the subtle sound of a life-sustaining ventilator and the subtle chirp of the heart rate monitor. Vital signs were stable, perfect in fact. It was the first time that I had taken care of someone in the ICU that was younger than myself. At the time, I was a 28-year-old resident who had lived a pretty squeaky clean life. It’s nearly impossible to have blemishes in your history and make it far in medicine. Drug abuse and addiction were concepts that I could not relate to. But as I looked at her track marks, the places where she had injected up and down her arms, I knew that each one of those puncture wounds had a story. I could not help myself but think of her as a young child, full of aspirations, full of dreams, full of hopes and desires. We all had childhood dreams of saving lives and impacting others—otherwise, we would not have chosen medicine.

I presented my plan for the patient to my attending. I recommended we fix her metabolic derangements, adjust her ventilator settings, and start weaning her off sedation to make the extubation easier. I was feeling confident in my assessment, but unexpectedly, my attending said, “Let’s just see if she wakes up, she might have an anoxic brain injury, and she might never wake up.”

That afternoon, my patient’s mother and friends were in the room. To my surprise, her mother who had flown from a different state, remained calm even as tears swallowed her eyes. She looked up at me and said, “You know, this is a mother’s worst nightmare, getting that call in the middle of the night that your daughter is in the ICU, but I would be lying to you if I told you I wasn’t expecting it one day.”

I cared for my patient over the next few days as her prognosis grew grim and reality set in. Her mother accepted that her daughter was never coming back, a fact confirmed by the neurologist who confirmed brain death. For days, I felt like I did less and less for my patient, the antithesis of what I thought a physician should do. We weaned sedation. We stopped drawing labs. We just waited. The story should have ended there. Another statistic falling prey to the opioid epidemic that continues to plague the country. Another young adult full of potential squandered away by a drug overdose.

On the third day of her admission, I noticed someone I had never seen before sitting at the nursing station. A young woman in dark green scrubs was typing away on her laptop and looking into my patient’s room.

“Good morning,” I said. “My name is Dr. Alvarez, I’m the intern taking care of her, do you know her?” She replied, “Good morning, Dr. Alvarez, we’ve been following her case. She’s actually an organ donor and we are waiting to speak to her mother to make sure the family is on board.” The woman then clarified that the patient was an organ donor and they did not technically need permission from her family; it’s a courtesy to inform them and involve them in the process.

I never met my patient outside of the hospital. I never knew who she was as a person. I never knew what dreams and aspirations she had. I never knew what caused her to spiral into this horrid disease of addiction that ultimately led to her death. What I do know is that at one point in her life she made quite possibly the most altruistic and selfless decision one can make: she chose to give life. I thought of her as a child once again. Her hopes, dreams, and aspirations never came to fruition. But for those who receive her organs, she gave them back their hopes, dreams, and aspirations. That day, my patient taught me that saving lives can come in many different forms. It doesn’t always look like a clean-cut, white coat-wearing, squeaky clean intern. In those few days, she taught me to look past all my biases and preconceived notions about what she might have been. I’ll never get to tell you in person, but I wanted to tell everyone you left behind: you will be remembered. You saved lives.

When People Tell Me to Talk Less, Smile More 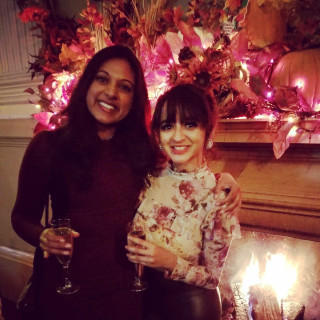