The Smallest Gestures Can Mean the Most

It was one of those days where I felt like all I wanted to do was curl up into a ball, cry in the bathroom, and drive home to pizza and Netflix. Feelings of inadequacy crept up. Fatigued, overwhelmed, and hungry, I wanted to go home, but I knew I had several more hours to go in the hospital. In between OR cases, I went down to the lobby to get some sun.

Suddenly, someone called out my name from behind, and I turned around to find a fellow classmate. Though it seemed like he was on his way to something, he took a moment to ask me how I was doing. He could have just sped on by, ducked his head down, looked at his phone while walking to his next destination. But instead, he reached out.

Another time, one of my friends and I bumped into each other at an outpatient clinic. Our attendings were walking opposite directions so we followed suit, but we high-fived one another even if we couldn’t stop to chat. To me, it was a simple gesture but brightened my day all the more. A high-five is more than just an extension of a hand; it’s an extension of the heart, acknowledging one another’s presence.

Why do these simple gestures strike me so much?

Right now, we as medical students are navigating a time where we often feel invisible. Maybe we feel like we don’t belong, out of place, or unsure of our role in this hierarchical world of medicine.

Many times, third year can feel isolating. Due to our crazy schedules and different block rotations, sometimes we go for months without seeing each other. We joke that the only time we see our whole class is on exam day, and even then we can’t catch up properly.

Furthermore, we are constantly meeting new people — whether it’s patients, residents, attendings — there is always a new name, a new face, to learn. So sometimes, it’s comforting to see a familiar face in the halls, even if simply passing by.

Even more, often you almost have to stick your head up above the water to get your voice heard. If you want to learn a topic further or dive deeper into a plan or management, you sometimes have to advocate for yourself with more than just your presence.

All these things point to the bigger issue of the system. The time crunch, bureaucratic burdens, and complex patient cases (among other challenges) leave interns overwhelmed and residents fatigued. Thus, understandably they may not have time to teach us about CHF or COPD, or answer all your questions immediately. Sometimes you as a third-year student may be sitting in the corner of the team room, rifling through EHR documents on your laptop since you’re not sure what else to do.

What I’ve learned in third year, though, is never give up an opportunity to reach out to someone, even if it’s with a simple high-five as you cross each other in the halls.

Medical students, you are not alone. To my fellow classmates in third year — your presence, your voice, your thoughts and opinions — they matter. Even if no one else is telling you that, or even if you feel cast aside at times or invisible, I hope you see a familiar face who’s willing to take a moment to say hi.

This goes out to all my classmates who took a second to offer a friendly nod as we bumped into each other at the gym or grocery store. To the colleagues who high-fived me at 5 am as we walked groggily past each other on the wards. To the friends who asked “how are you really doing” as we ate in the hospital cafeteria.

Words of encouragement are treasured in medical school, especially in the clinical years when I feel like we’re constantly being observed and graded. A well-timed word of commiseration, or a listening presence, or a kind nod of encouragement may be small gestures — but can offer a sense of support in much-needed times. As it may feel like we are in the trenches of medicine, we are called to build one another up all the more.

The other week, I rounded the corner on my way to the cafeteria, and lo and behold I found two of my classmates who called out my name and waved me over. We chatted and caught up, even for just a few minutes. Though we went our separate ways, I left the hospital that day feeling a bit better. These are often the kind of moments I will remember long after my rotation is over.

Anna Delamerced is a medical student at the Warren Alpert Medical School of Brown University. Born and raised in Cincinnati, Ohio, she enjoys exploring the crossroads of writing and medicine, and listening to patients tell their stories. Anna is also a 2018–2019 Doximity Author. 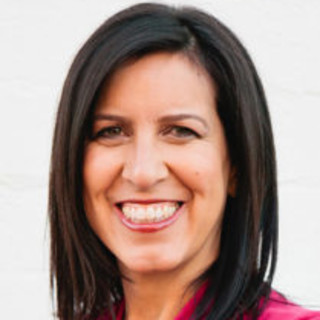 Jan 18, 2019 Link to Applying a Holistic Approach to GI Care

Read A Resident Finds a Community of Curious Scientists at SMFM

A Resident Finds a Community of Curious Scientists at SMFM

Feb 26, 2019 Link to A Resident Finds a Community of Curious Scientists at SMFM