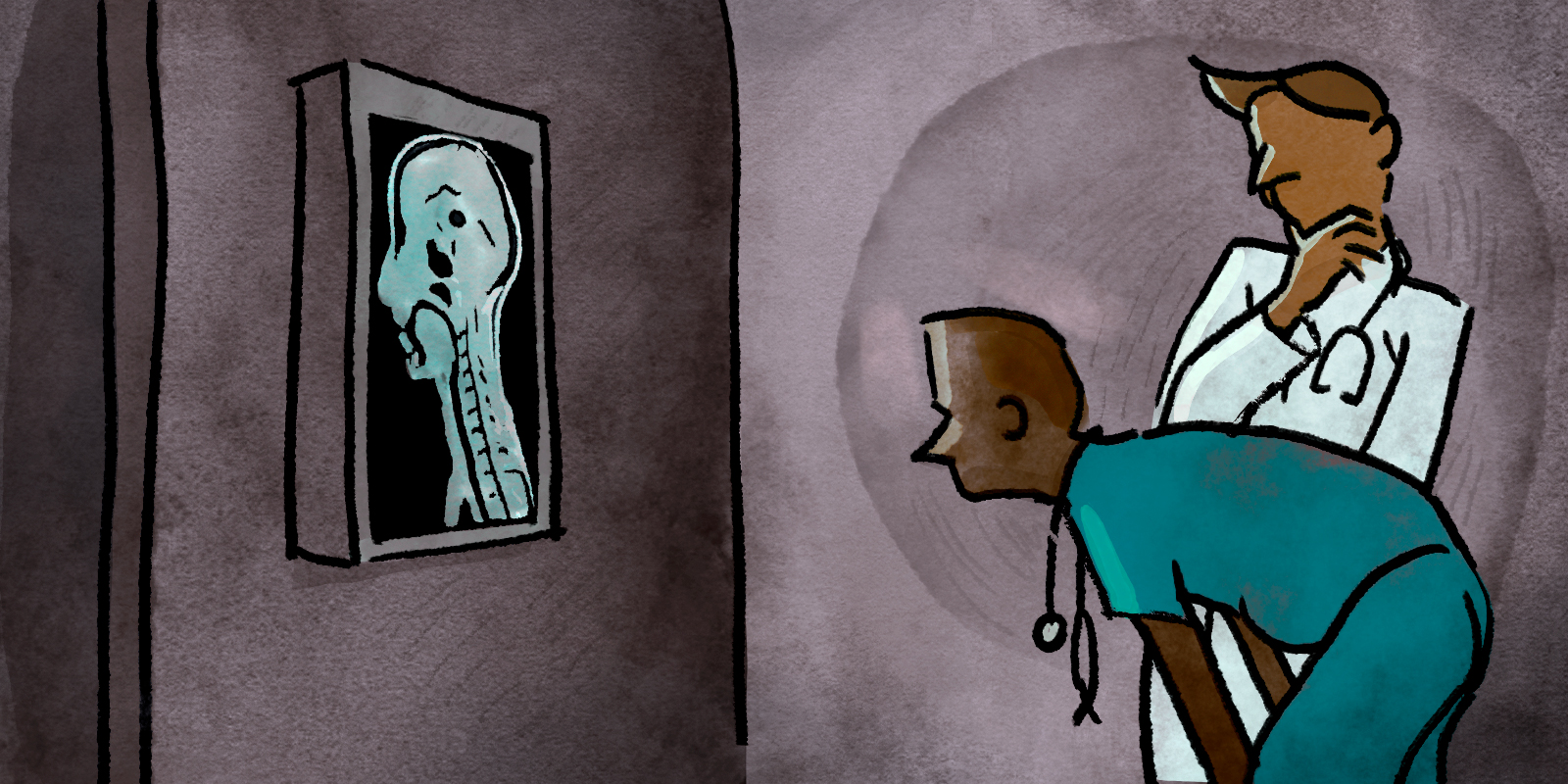 It’s October of my intern year and I can’t help from marveling as the attending intensivist wraps up his brief discussion on the pathophysiology of hepatorenal syndrome. It’s one of those moments engraved in my memory when some previously inchoate assemblage of independent facts instantly crystallized into a deep, seamless, and satisfying understanding. These instances are rare amidst the drudgery of intern year but they provide intellectual sustenance. Just at those moments when the incessant buzzing of the pager, the constant running, the perpetual attempt to justify decisions that are not my own threaten to obscure the hopes I had about what medicine would be, the saccharine goodness of an Aha! moment sustains me.

Yet this particular moment of sublimity is short-lived, as I witness the patient on whose liver and kidneys I have been mentally fixating suddenly grasp at his endotracheal tube. The bedside nurse immediately restrains him and a sedative is administered. It takes longer than expected, but he is eventually rendered docile once more. But now, the moment has passed — we are on to the next patient, our opportunity for further learning terminated abruptly and unceremoniously.

After the commotion, I feel a momentary visceral resentment toward Mr. Smith. He had stolen my attention from the beautiful diagram my attending had sketched to his jaundiced and weathered flesh. And it is in that moment that, for the first time, I recognize the precarious nature of the work before us as medical trainees.

In his seminal book “How We Die,” Dr. Sherwin Nuland refers to the ever-present temptation to turn the patient into what he terms “The Riddle.” Mr. Smith becomes a problem to be solved, or at the very least, better understood. As trainees, those rare moments when we encounter the deep satisfaction afforded by understanding can be intoxicating. Yet they also remind us of the tense space we inhabit between healers and voyeurs — and how quickly and easily we can transition from the former to the latter. This transition can occur ever more easily, as we become fatigued and cynical, preferring the allure of the starched science to the deeply messy, enfleshed art. As Nuland notes, “The Riddle is the doctor’s lodestone as an applied scientist; it is his albatross as a human caregiver.”

As a resident, I feel shame in admitting that despite my intentions, I frequently find myself acting the role of the applied scientist, and feeling encumbered by the role of caregiver. Indeed it is oftentimes difficult for me to internally conceptualize my actions as resembling anything like a caregiver. I doubt I am alone in this, as evidence testifies to how little time interns, those doctors at their most formative stage, actually spend at the bedside. Nuland himself reality when he noted the transformation of a young medical student who wants “only to care for his sick fellows” into “the embodiment of a biomedical problem-solver.”

I have recognized this tendency to see patients as mere riddles since that day with Mr. Smith. It’s easier. The temptation to focus on the riddle at the expense or exclusion of the patient haunts me in its ubiquity, precisely because it asks less of me in a job that in every other sense asks more. To even call “care” an albatross engenders shame in those of us who would claim to be comforters first and scientists second; who would condemn a preference for the riddle over the person.

Yet to settle for denial when we are called to courage condescends the weighty gift our patients offer, without which we could never learn to become strong.