The Power of Distraction 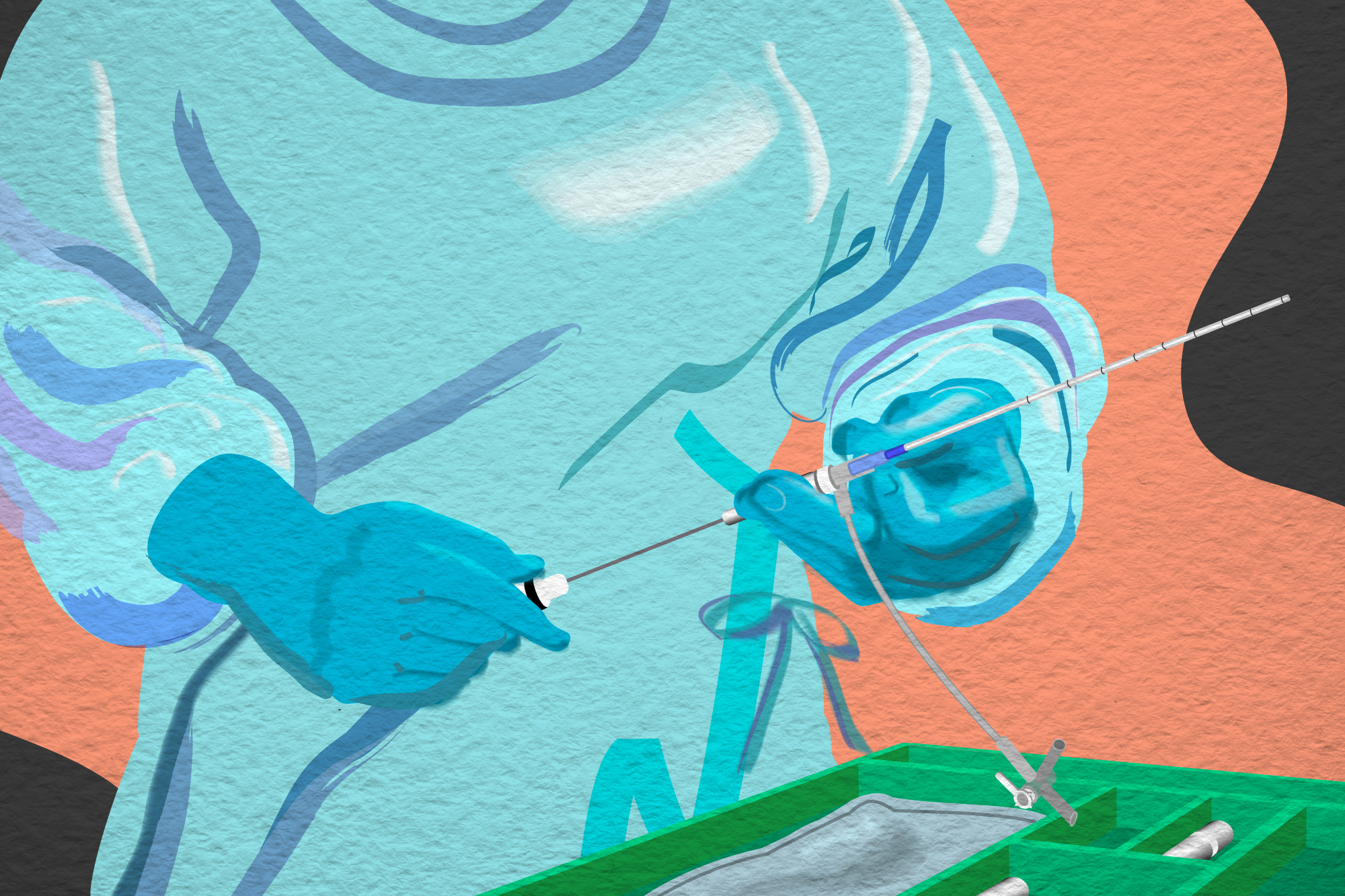 So, after a brief verbal run-through, the resident, a pharmacy student named Emily, and I made our way to the patient’s room.

Our patient, Mr. Williams, was admitted with what was likely a malignant pleural effusion, but he was yet to get a confirmed diagnosis. It was all but certain to be a terminal one. Despite this, he and his wife were uncommonly kind and welcoming of medical students. But when it came to a three inch needle in his back, he was terrified.

As soon as we gloved up and opened the thoracentesis tray, he began shaking. After a few deep breaths and reassuring words, we were able to get the site marked and draped. With the injection of the lidocaine, however, the anticipation again overwhelmed him. Now he was having what can only be described as rigors.

I grasped the thoracentesis needle in one hand and attempted in vain to keep a finger from the other hand near my target. This is how people get stuck, I thought. Or how they end up hitting the neurovascular bundle.

My resident offered to take over. I stubbornly declined. It wasn’t as if the patient would stop shaking if he were holding the needle. And something about his response to the attending told me he wasn’t significantly more experienced than I was in this realm.

We kept offering our best reassurances to Mr. Williams. He wouldn’t feel the needle going in. He was numb. The worst part was over. All the usual. It was of no use.

Slowly, I brought the needle closer. I was suddenly aware of how hot it was in that room gowned and masked, sweat beading on my forehead and trickling down my back. I experienced that ubiquitous nose itch that all surgeons get once sterile. Mr. Williams’ back heaved this way and that, and he shifted his weight nervously without warning. Even if he began to calm down and slowed the rigors momentarily, a certain level of calmness would incite the fear again, as he knew getting too calm meant the advancement of the needle.

Eventually I was just going to have to go for it or abandon the procedure. I glanced over my patient’s shoulder at Emily, who was standing against the far wall, leaning slightly onto the window ledge. She was pale as a ghost, eyes locked on the thoracentesis needle.

Her body slowly stiffened against the wall, and her eyes rolled back in her head. She slunk down to the floor as if attached to a wire in a magic trick, almost gently. My resident left me to attend to her. As she reached the floor she capped off the magic trick with a few myoclonic jerks of her fingers, as if to say, ta-da!

And magic it was! In the commotion of Emily’s vasovagal response, Mr. Williams stopped trembling and sat erect and motionless. I had seen enough to know Emily was fine, so I took my opportunity and plunged in the needle just over my target rib. Mr. Williams didn’t notice.

Soon Emily’s consciousness and Mr. Williams’ pleural fluid were flowing. The room had suddenly taken on a lighthearted mood – Mr. Williams thankful the procedure was a success, Emily thankful her embarrassing episode was of some use, and myself thankful for the magic power of distraction.

J. Lane Wilson is a full-spectrum family physician at the Brody School of Medicine at East Carolina University in Greenville, NC. He is married to another family physician and is the father of three. He enjoys hiking with his family, running, and is a Major League Soccer fanatic.