The Poetry and Chaos of Organ Transplantation 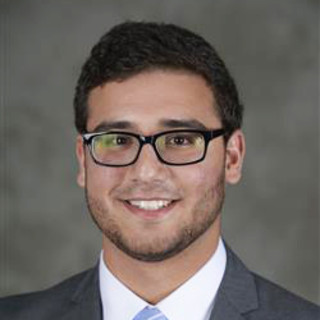 Four teams of surgeons from three hospitals rapidly descended on the body of a middle-aged man lying face up in an unfamiliar hospital’s tight-fitting OR. By nightfall, the room was 10 surgeons and six organs emptier and this man had gifted a handful of patients with new beginnings.

I began my third-year clerkships on an abdominal transplant service. Lacking confidence in a hospital setting and unsure of how to integrate body systems in my patient assessments, the three-week surgical elective pushed me to my limits. There was no way to prepare for what I quickly discovered to be one of the busiest and least forgiving services in medicine. But despite the physical and mental exhaustion, the novelty of an organ transplant excited me every time. I sought out as many opportunities to return to the field as I could, happily completing one cardiothoracic and another abdominal transplant rotation by the time I graduated medical school. The details of my first procurement follow.

I arrived at the host hospital with a resident and attending and together we were escorted directly to the OR. The resident warned me on the way not to look into the donor’s eyes, that she still sees her first pair of eyes every now and then. Her words echoed. I had seen dead bodies before but always incidentally or through a glass lens, never this close. Heart beating under the influence of various medications, the man — declared neurologically dead moments ago — was covered entirely with warm white blankets. His liver was the only organ matched to a recipient, so we were the only procurement team dispatched. When the timeout was called, the transplant coordinators read a message from his family and a moment of silence followed. I snuck a peek into the donor’s eyes as the name and site of the operation was confirmed. The drapes went up and an incision was made. A long and unsightly incision, done swiftly and with urgency.

Over the course of the next two hours, I assisted the surgeons in dissecting out the critical anatomy, draining out and replacing the donor’s blood with a large volume of preservation fluid, and pulling the liver. When the retraction devices were released in the final minutes of the case, the skin fell into the void where the liver once was. I vividly remember the resident scattering the bowels to partially fill the cavity before committing herself to the long wound closure.

At the other end of the room, the liver was quickly packaged into a series of sterile bags and placed in a cooler filled with crushed ice. We walked briskly out of the hospital, without looking back a single time, and stowed the cooler in the trunk of the service vehicle. At our home institution, the recipient had changed into a hospital gown and was signing his surgical consent forms, anxiously awaiting an organ for which he had waited nearly a decade. For five hours we fitted a new liver in the place of the his diseased one. There was no sleep that night.

What I remember most from that experience was the cooler. It was a blue consumer-grade Igloo cooler, the kind found on construction sites or in the basements of single family homes. I was struck by its simplicity. It seemed out of place, crudely wedged between two highly technical and labor-intensive operations — the procurement and the transplantation itself — that demand cutting-edge technology and innovation.

My latest procurement was especially unique. There would be five coolers in total lined up just outside of the operating room, each one bearing the scuffmarks of a long and silent résumé of highly critical, life-saving surgeries. I wondered how many miles they had on them, how many organs they had carried. One of the coolers was teal. Up until that point, I had only seen red and blue.

Before the incision was made, the ten surgeons introduced themselves and took turns inspecting the body and negotiating surgical approaches. The team procuring the right lung discussed blood gases with the team procuring the left lung. The liver team, ours, connected with the surgeon taking the kidneys. She would go last. The heart procurement team cornered the left lung team and tenuously agreed on dissection boundaries. The right lung team, meanwhile, asked the liver team about our preferred cannulation approach. The heart team positioned themselves near the head of the bed; we moved towards the foot. The kidney surgeon then took a step back to let the two lung teams establish thresholds.

Once every surgeon was comfortable with the plan, time was called, a warm message from the family was read about the donor’s life, the customary moment of silence followed, the operation was confirmed, the head was covered, the drapes went up, and the first incision was made. I did not steal a glance at the man’s face this time; we were already taking enough.

What followed was the most poetic chaos I have ever seen. These ten surgeons seamlessly shuffled back and forth and between each other without cues. They called, sometimes loudly, sometimes silently, for instruments from the scrub technician who was so far down at the foot of the bed that the snaps and pickups were passed between hands until they found the requesting surgeon’s palm. There was a moment of tension when a cardiac surgeon turned stark white and after the right lung team switched the order of their steps and cut into a structure that could have compromised the heart for a few seconds, but the poetry was quickly restored. The liver team ran into trouble when an aberrant artery complicated isolation of the aorta, but the heart team called for a delay that afforded the abdominal surgeons an extra half hour to slowly dissect around the troublesome vessel.

The organs were lifted from the donor one by one and packed neatly into their waiting coolers. Each surgeon thanked the host hospital’s coordinators and quickly ushered their organ out of the door, not to be seen or heard from again. We were among the last to leave. I marveled at the work that had been done this evening and, with the donor’s hollow torso and abdomen before me, paid my respects once more.

Although I did not realize it on my first procurement, operating on a lifeless body is in many ways similar to operating on a living patient. Every effort is made to preserve the organs, reduce complication and contamination, and return the body, outwardly at least, to its original state.

But they are also dissimilar in so many ways. Incisions are long and retractions are broad: there is less concern about scarring and more interest in access and exposure. The anesthesiologists walk away halfway through the case, their work complete. And the procurement is, at times, eerily quiet. No music, no heart monitor tone, no ventilation sounds. Just silence, punctured only by the sound of moist tissues, the cautery hum, the rude suction, and the occasional conversation.

Then it becomes silent again, a solemn reminder of how poetry and chaos come together.

An earlier version of this story appeared on his narrative medicine and surgical humanities blog, Insaniyya, here.