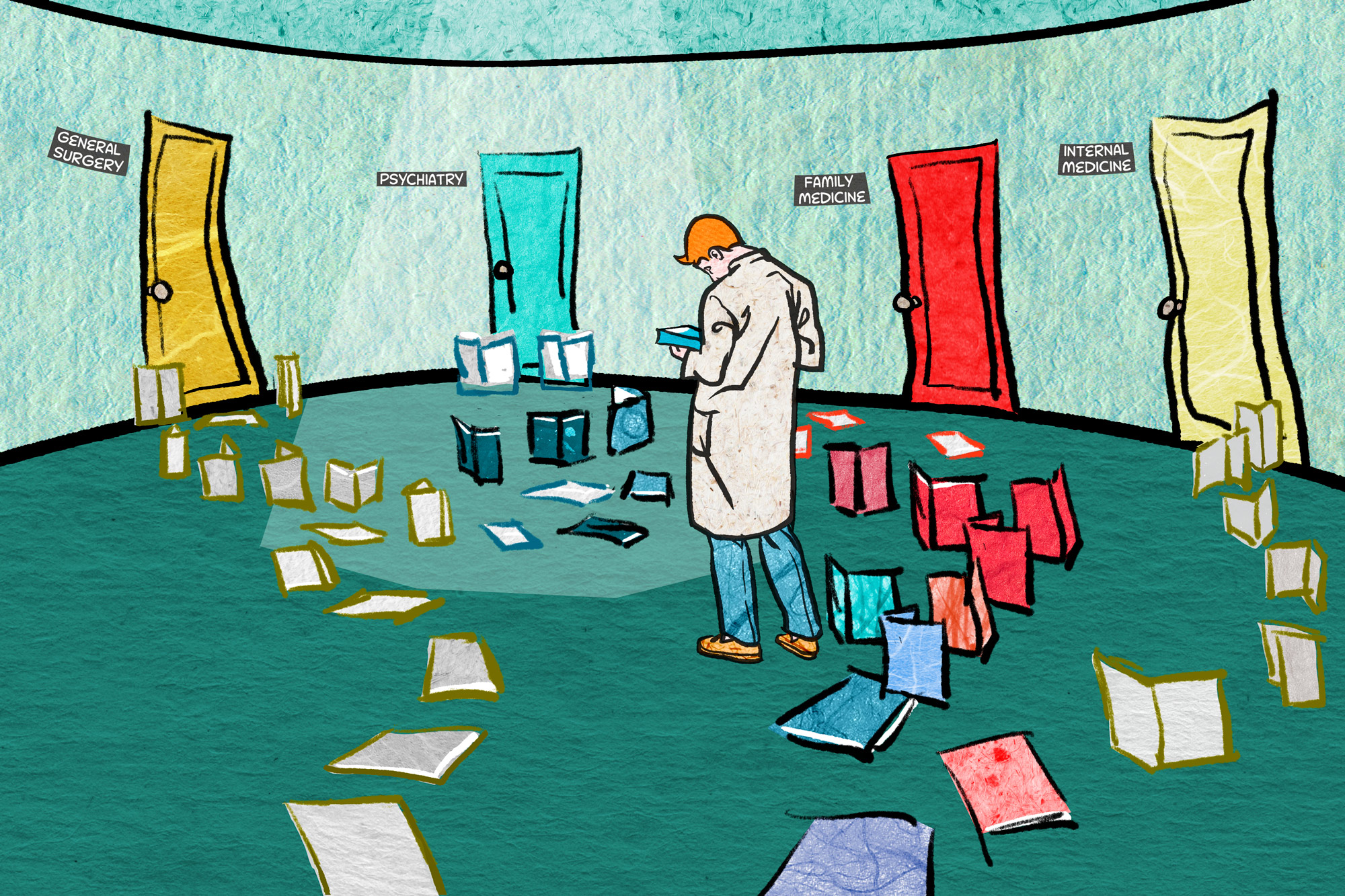 I keep asking myself what made me choose Psychiatry. I ask it almost every day and I choose it again every day. Sometimes I believe it’s because I have a brother who lives with Autism, sometimes I think it’s because my parents’ divorce was really ugly, sometimes I think it’s because it helps me learn about my emotions and sometimes I think I will never know why, but it’s something I’m good at and it feels like it chose me as much as I chose it. I have a teacher that shared with me that he’s not sure why he chose Psychiatry either, but he knows that people who come to see him get better, and that’s what counts. This is a story about one of my people who got better.

Ms. Alberta (an alias) was one of my first patients during the year I spent as a family medicine resident, before I really knew what was good for me and my patients and chose Psychiatry.

She was a 45-year-old Orthodox Jew, a Kindergarten teacher, a mother of 2 girls and a rare divorcee in her community. She was new to our clinic, choosing to leave her last family physician a few months after she was diagnosed with advanced breast cancer. She had undergone a radical mastectomy and radiotherapy and was considered to be in remission. She stated that her family physician wasn’t “knowledgeable enough to be handling cancer” so naturally, she was assigned to a fresh, first year resident.

Ms. Alberta was very concerned with her health, asking many questions regarding the cancer follow-up and requesting an endless list of blood tests that she was sure were crucial. She also dealt with type 2 DM and was meticulous about her glucose control and dietary menu, eating the same meals every day at the same time and keeping a computerized journal of glucose values. She wore the same dress every day, which was several sizes too big for her post-surgical figure. Honestly, in the beginning, she scared me. I was infected with her anxiety that seemed justified. She began visiting and calling very often and I would get anxious each time I saw her name on my agenda. I wanted to help so badly but after several attempts to reassure her, she would always come back worried. I decided to ask my program director (Prof. Andre Matalon, a family physician and a psychotherapist) for advice and he gave me a great tool that I later implemented with many other patients. He said: “When you feel that anxiousness coming, don’t try to escape. Dive into it.” And so I did.

The next time Ms. Alberta came and asked about her hemorrhoids, her rash, her fatigue, her diabetes, I invited her over to the clinic for an hour long visit. When we met the next day I told her that I only knew her diseases, but I didn’t know her. I asked if we could talk a little about her life.

I learned many important, interesting things in that conversation. She told me her husband left her right after she was diagnosed with cancer. I learned about her complicated relationships with her daughters, and her loneliness. I learned that she didn’t want to go back and teach as she felt that during surgery her “good heart,” the source of her ability to love the children of others, was damaged and that she, in her words, could no “stand open and warm in front of a classroom.” I learned that she had a near-death experience in the ICU after surgery and that she had decided to fight and live only because she was afraid of the afterlife.

Learning her story, taking the time to listen, made me understand Ms. Alberta better and the interest I took in her made her trust me. It created a therapeutic alliance. I used that alliance to construct new daily routines with her: a new plan for her to take a role in her community, a renewal of an old friendship and a physical activity program. I also talked to her oncologist and we made better arrangements for her oncologic follow-up.

A few months later I noticed that Ms. Alberta had gone down from 35 visits to the clinic over a 6 month period, to just 6 visits on the following 6 months and was reporting that she was feeling better. When I left the clinic, she gave me a thank you card, which I still cherish today. Taking time to explore my patient’s inner life and helping them mentally had become my favorite task of the day. I decided to do it full time and devote my career to helping as many people as I could. I left my Family Medicine residency and started my residency in Psychiatry, and I hope it always remains my favorite task of the day.

Dr. Shilo is originally from Israel and after a long journey dividing time between Family Medicine and Psychiatry, finally committed to Psychiatry and is currently a PGY3 Psychiatry resident at Albert Einstein Medical Center in Philadelphia.