The NBA Is Restarting Its Season in a Bubble. Clinicians Believe It Just Might Work 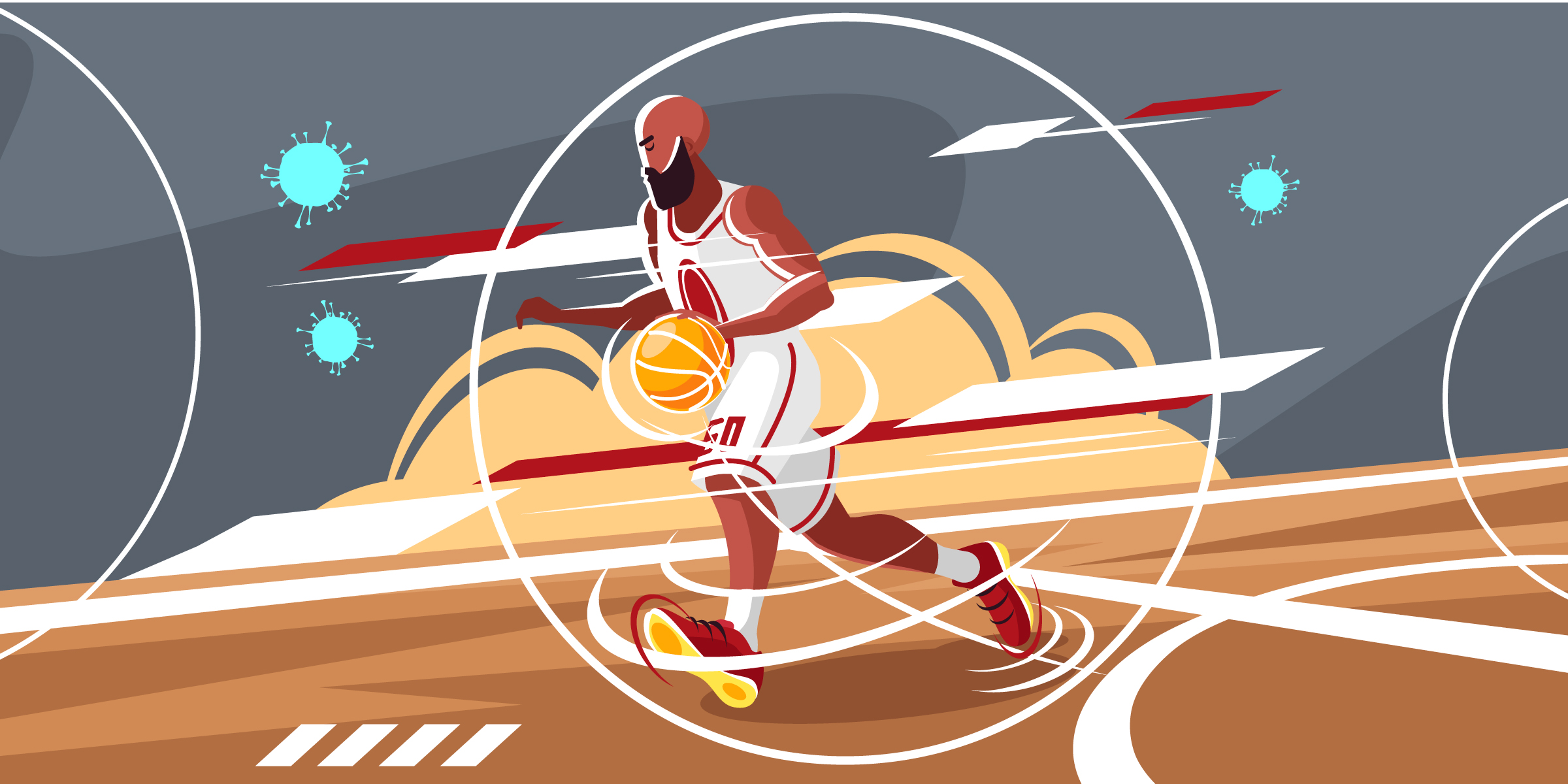 In one of the most highly anticipated and scrutinized televised events since the novel coronavirus upended social activity across the U.S., the NBA is making its comeback in a bubble.

The NBA has drafted a 113-page document laying out strict guidelines to ensure the health and safety of the hundreds of athletes, staff, officials, and media members who will take up residence in Walt Disney World. The league hopes to close out the remainder of its basketball season in the partially closed-off community near Orlando without fans in attendance. For enthusiasts of the popular sport, the NBA’s return to play feels like a harbinger of hope, hinting at a return to normalcy. For clinicians, the season’s outcome may help address critical health concerns moving forward.

But the billion dollar question remains: Will it work?

With the NBA heading into uncharted waters, Doximity tackled the clinical implications surrounding this question with NBA team physicians and other medical experts ahead of the slated season restart on July 30.

“Our biggest worries are keeping everyone safe and healthy,” Dr. Harlan Selesnick said on his way back home from working a Major League Soccer (MLS) game. Dr. Selesnick is head team physician of both the MLS football club Inter Miami and the NBA’s Miami Heat.

Just weeks before the NBA restart, the MLS scheduled a short comeback tournament to take place within Disney World. After arriving onsite, however, several players on the Dallas and Nashville football clubs tested positive for the coronavirus, resulting in the removal of both teams from the tournament.

The NBA appears to have taken a more gradual, comprehensive approach. Its six-phase plan requires all participants to agree to weeks of home quarantine and rigorous coronavirus testing before heading to Orlando. Upon entering the social bubble, everyone is expected to undergo regular testing, wear a mask, and practice social distancing. Players also have the option to wear a wristband for contact tracing, a proximity alarm that sounds off when within six feet of anyone not in their core group, and an Oura ring designed to monitor sleep quality, heart rate, and temperature for early signs of flu-like symptoms.

“We’re inundated with COVID-19 cases at hospitals and ICUs in our local communities,” Dr. Selesnick said. “Though weird to say, now that everyone is testing negative in the bubble, it’s possible that there may be a lower risk of NBA players catching the coronavirus while inside.”

For anyone who does test positive, even if asymptomatic, the league has protocols in place for blood work, an EKG, and an echocardiogram, followed up by a cardiac MRI exam for those with a suspected abnormality, Dr. Selesnick noted. Team physicians, including cardiologists and infectious disease specialists, have been involved with all aspects of the NBA’s decision-making process.

In theory, a controlled environment with continual testing and safety restrictions should make life inside the bubble as safe as can be amid the ongoing pandemic, according to several epidemiologists. Former U.S. Surgeon General Dr. Vivek Murthy, too, has applauded the NBA’s safety protocol, and Dr. Anthony Fauci described it as a “sound plan” in an interview with Stadium.

Over the past three months, “the NBA has been able to utilize a lot of the information that is now widely known, and they have done an incredible job to create a kind of isolated biosphere based on all of the principles that we know mitigate spread,” said Dr. Kristofer Jones, head team physician of the Los Angeles Lakers and an orthopedic surgeon at UCLA Health. “The current environment that the NBA has been able to design is the gold standard at this point, and I just do not see how other leagues safely resume without following a similar trend.”

Still, clinicians recognize that there are concerns regarding player safety beyond COVID-19.

“What all players are worried about is that they have been locked away in their homes with limited availability for conditioning,” Dr. Selesnick said. “So there’s a risk of the athletes not being in shape for full-on play or facing overuse injuries.”

“Research suggests that following these types of extended absences with an accelerated return to play, players are at increased risk for various types of injuries such as muscle strains and ligament sprains,” Dr. Jones said.

Looking to address these challenges early on, Dr. Jones and colleagues at the Lakers’ facility and UCLA Health developed advanced measures and medical guidelines to prepare the team for an eventual return. They instituted strength and conditioning workouts via Zoom, ensured players were maintaining a healthy diet, and provided supplements to help reduce the risk of strains and speed recovery.

For players recovering from COVID-19, a list that includes such notable names as Russell Westbrook of the Houston Rockets and Nikola Jokic of the Denver Nuggets, the outlook has been less certain.

“It really is unclear at this point how the pulmonary and cardiac systems are affected by this virus once someone recovers,” Dr. Jones said. “Fortunately, all of our players undergo baseline testing prior to the start of every season, and it is really nice to have this type of historical medical data to compare with any new tests.”

From the East to West Coast, the common thread appears to be a concerted effort among team physicians, players, and NBA executives to get the league’s season up and running as safely as possible.

“As we open up society, to an extent, everybody is participating in a series of experiments,” said Dr. William Schaffner, professor of preventive medicine and infectious diseases at the Vanderbilt University Medical Center. “The NBA is doing a colossal experiment, a well-designed, well-coordinated experiment for which it has been extraordinarily thoughtful and extraordinarily careful.”

“Though it is being done in such a distinct circumstance, a successful season would show that if you have a plan that’s carefully thought out and you apply it through obligations, you can substantially take charge over the virus,” he continued. “And that would reinforce what public health officials are trying to accomplish all over the country ... that if we all work together we can surmount this and get through the worst part.”

Conversely, in the scenario that the NBA restart does not pan out, Dr. Schaffner suggested it could have ramifications on how other professional sports organizations seek to resume play.

“Even within a bubble, it's the simple, socially responsible things that we can do to keep others safe that dictates how the virus is spread,” Dr. Jones said. “The model that the NBA has designed is the most practical and thoughtful approach that we have seen as it pertains to a return to professional sports. I do believe they will be able to operate basketball activities within the biosphere and ultimately finish the season.”

“Provided there’s cooperation from the players and everyone else in the bubble, I think this gives us the best chance to resume sports safely,” Dr. Selesnick added. “Though only time will tell whether it can be done successfully.”

The NBA has yet to release a timeframe for when fans will be allowed to attend games in person.