The MD Letters Behind My Name Didn't Make Me Feel like a Doctor, My Patient Did 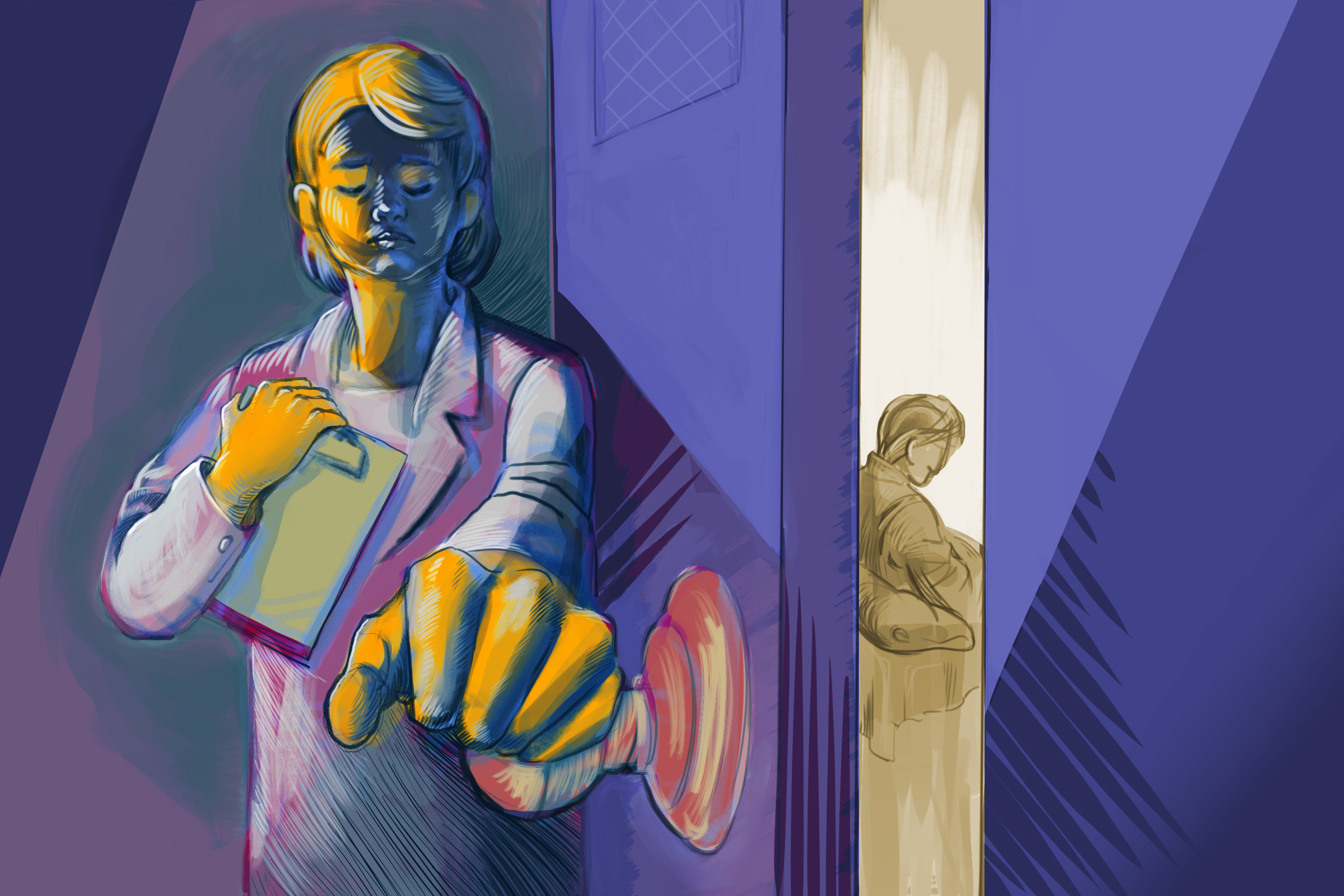 ﻿Internship is a humbling year. It doesn’t take long to learn that an MD behind your name doesn’t mean you know how to react in an emergency or even how to dose Tylenol. But, if you’re lucky, a patient will teach you what else you have to offer.

Fourteen-year-old Cora spent the night after her acute myeloid leukemia diagnosis getting plasmaphereses in the ICU. Her white count sat upwards of 100,000. She was a high school cheerleader. I pictured her finishing a triple back handspring with a twisting layout across the basketball court at halftime but I couldn’t believe she ever waved a pom-pom. She was perseverance and strength, not sparkle and shine. I only saw her cry once.

She got her period sometime during induction. She was out of the ICU but just short of establishing a permanent address on the ward. She also had belly pain in her right lower quadrant and nonexistent neutrophils. The threat of typhlitis lurked behind the curtains in her room. I was tasked with making sure the bleeding was coming from where she thought.

“No,” she said and crossed her straight legs in front of her. “That part of me does not have cancer.”

“I understand,” I said. “But Dr. Dunsmore will fillet me if I’m not thorough.”

“So?” Cora sneered and rolled away from me.

She was right. It wasn’t about me. Cora was busy wondering if she’d live to graduate high school. “What if your mom looks instead?” I asked.

Cora laid still and I could tell she was considering.

“Let me see, honey,” her Mom said as she stepped over. “Real quick.”

I waited in the hallway. My co-residents passed me as they hustled in and out of patient rooms, like real doctors. I was a hack, standing outside while my patient was examined by her mother.

“Dr. Eisenhuth,” they called me back in.

In the room, mother and daughter gathered clumps of russet hair from the white pillowcase. Neither paid any attention to me. For the first time, I noticed Cora’s hair appeared thinner. “Is it starting to fall out?” I asked.

Cora didn’t answer me in English. What came from her mouth was more of a growl. She covered her head with her hands and stared at the other wall.

“It’s vaginal,” said her mom. “The bleeding.” She flashed me a brief smile before she too, turned away. I was dismissed.

I saw Cora and her mother every morning and every afternoon of my rotation. I watched the energy drain from her face and her hair continue to thin until her scalp was shiny and bald. Cora tolerated my questions about her pain, her nausea, her bowel movements. She let me listen to her and look in her mouth. But she never wanted to engage in extra conversation.

On the last call night of my oncology rotation, Cora needed a platelet transfusion. Her pale, wasted body looked ready to give in but her jaw was set in the fight position. My upper level resident, Amber, and I spoke with Cora and her mother briefly about the transfusion before we resumed evening rounds.

“She didn’t bond with you, did she?” Amber asked as we blew to another ward.

I explained about my lacking executive functioning skills when speaking with Cora.

“You commented on her hair?” Amber asked. Amber was the kind of resident who was equally capable of inserting an A-line in a seizing child and getting a 2-year-old to swallow prednisolone syrup. “It’s OK. You’ll never make that mistake again.”

My pager buzzed 20 minutes later. The nurse explained that Cora was febrile, her skin covered in blotchy erythema. She was short of breath. Her blood pressure was falling.

Amber and I raced back to Cora’s room. “Stop the platelets!” Amber told the nurses.

I knelt down to eye level with Cora. She sat with her bottom on the edge of the bed, leaning forward with her hands on her knees. Her eyes were wide and tears dripped down her face. In all she’d been through, I had never seen her like this.

“I won’t let anything happen to you.” I said it to her because she looked scared, not because I knew what to do. I thought about saline wide open. Steroids. Benadryl. I wasn’t sure which to do first or at what dose. Amber doled out instructions while I offered the only thing I could think of. “I’ll call Dr. Dunsmore,” I said.

As I stood up from my crouch, a hand grabbed my forearm. It was nearly weightless but I felt it with my whole body. “Don’t. Leave. Me.” Cora peered up at me in terror. Her words came in gasps.

It took me a moment to realize that what Cora wanted was me. Don’t you remember the way my frontal lobes shut down around you? I wanted to ask her. Don’t you know I don’t know anything yet? But all I said was, “OK.” I knelt back down.

I knew that, despite the MD that followed my name, I couldn’t do much for Cora except be present. Several minutes passed by as I knelt there, watching her. And something amazing happened. Cora’s breathing slowed. Her blood pressure stabilized. The flush of her skin lessened. She relaxed and laid back in the bed, her bald head making a perfect circle in the pillow. I pulled the covers up and tucked them around her body. For the first time, she smiled at me. “Thank you for staying,” she whispered. “I was scared.”

I graduated from medical school months before with plenty memorized about inborn errors of metabolism and the indications for placing a chest tube. But being present in that moment with Cora, I finally felt like a doctor.

Dr. Kati Eisenhuth is a general pediatrician in central Pennsylvania. She did Medical School and Residency at the University of Virginia. She spends a lot of time writing and running.

﻿﻿﻿All identifying information is shared with permission.