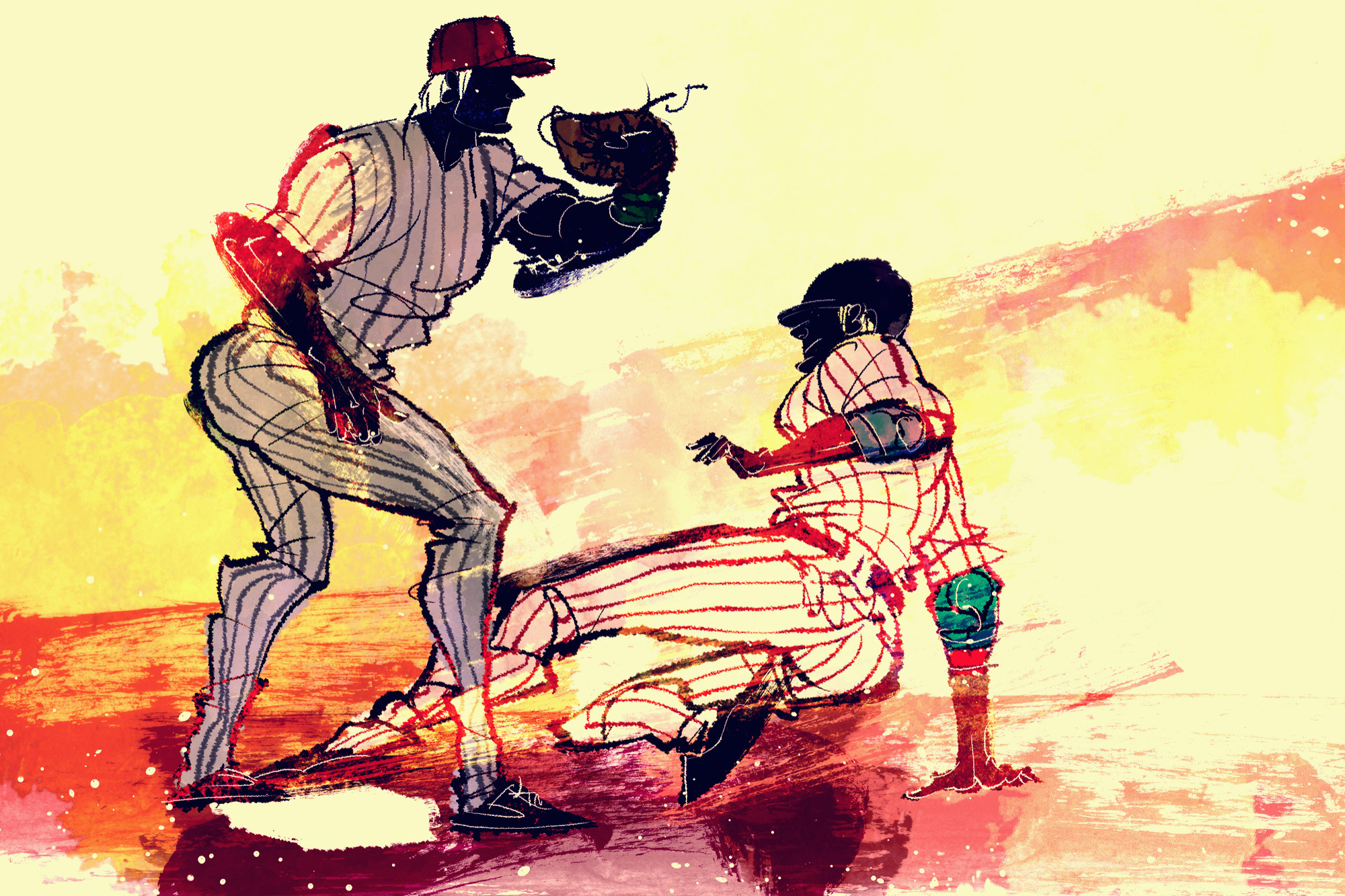 Playing softball in Golden Gate Park, Eric Austin* took a knee to his thigh as he slid into second base. By that evening, it hurt too much to walk, so he lay on his couch for a couple of days until he started to feel ill, at which point a friend brought him to San Francisco General Hospital, where, only three years into training, I was in charge of the “Pus Service.” Given his story, there was little urgency in the call I got from the Emergency Department. I figured it to be an infected blood clot needing routine drainage.

As expected, his thigh was red and swollen, but I wasn’t alarmed until I felt crepitus, the ominous crunch of tiny air bubbles under his skin. For the first of countless times in my career, I called the OR requesting a room ASAP; and, unready to be on my own, I called my attending, Dr. Blaisdell (rightfully known as “Blazer,” Chief of Surgery).

You expect fat to be bright yellow, and to bleed a bit as you cut through it. When it’s gray and fizzes, it makes a frightened sickness in your stomach. Even worse when it’s muscle, all but liquefied. The only cure for necrotizing fasciitis is to remove all the involved tissues and give big doses of antibiotics. And go back to the OR as often as it takes, to do it all again. The infection moves so fast, you can see it happening.

We cut away most of the muscles of Eric’s thigh, and the skin over them. It appeared impossible to save his leg, but at that point we’d removed everything that looked infected; and since I hadn’t considered the need to discuss amputation with him, I took him to the ICU to wake him up and talk things over before the next operation. He was lucid and adamant: no amputation. He’d rather die, he said, than lose his leg. I was as insistent as I could be. So was he. When his pulse and temperature began to rise, I took him back to the OR.

Within minutes it became obvious: it was impossible to save Eric’s leg, and unlikely we’d save his life. The infection now involved the remaining muscles of his leg, had worked its way into the buttocks, and worst of all, the fascia of the iliopsoas muscle—which heads along the back side of the belly, to the kidneys.

“He needs disarticulation,” Blazer said. This would take the whole leg including the hip joint; the worst kind of amputation, because without a stump it’s hard to control a prosthesis, let alone attach one.

“Dr. Blaisdell,” I said, “he was very clear: he refuses amputation. He said he’d rather die.”

“He’s septic. I’ll testify he’s mentally impaired if I have to. No 20-year-old is going to die here for lack of an amputation.”

“Really,” I repeated, by now not at all sure what was right. “He was very clear.”

When we were done, Eric’s hip socket was empty, his buttocks denuded to the middle of his back. His lower belly was likewise skinned, and his left testicle was hanging exposed, like an egg on a string. We’d reached up the backside of his abdomen and uncovered the psoas as far as we could, leaving a bunch of rubber drains. It was going to be hard to face him when he woke, as certain as his demands had been. On the other hand, I was certain he was going to die.

Embarrassingly, Dr. Blaisdell was already leaving the ICU when I got there at 5:00 the next morning. “Your patient just wrote a note," he told me. "You better go read it.” (Still intubated, Eric couldn’t talk.) "Call my lawyer," was what I expected, and my stomach tightened as I looked at the clipboard.

Several skin grafts later, and after some late-night hilarity featuring too much soap in a newly-acquired, jetted, wound-cleaning tank, Eric returned home to Boston. He sent cards every Christmas.

*Patient name has been changed for confidentiality

This story was revised and excerpted from Cutting Remarks, a memoir by Dr. Schwab

Dr. Schwab is a retired general surgeon who still assists on complex oncological cases. After retiring, he published “Cutting Remarks,” a memoir of surgical training in the days of the iron men and women.