The "Immigrant Paradox" and Children

The study suggests that immigrants may experience different forms of psychosocial stress than those born in the US, and it challenges widely held assumptions about immigrants and their specific health risks and needs.

“The public’s perception of immigrants influences the development of immigration policy,” said co-author Keith Martin, DO, from Children’s Mercy Hospital in Kansas City, Missouri, MO. “We believe this research has the potential to help inform public perception and immigration policy so that they accurately reflect the reality experienced by immigrant families and children in America.”

The impact of adverse childhood experiences

Previous research shows that half of the US population have experienced at least one ACE, and as many as one in three have been exposed to four or more, which puts them at higher risk for later depression, violent behavior, and a number of chronic diseases associated with premature death including smoking, substance abuse, obesity, and cardiovascular disease.

US-born parents also reported more ACEs in their children. Among children of US-born and immigrant parents, the most common ACEs were parent loss (31% and 22%, respectively) poverty (37% and 17%), and bullying (39% and 12%).

Dr Martin suggests that the differences in the research findings may result from different interpretations of ACE-related questions based on culture and language, or a different willingness to divulge this information. Another possibility, he said, is that they reflect the ‘immigrant paradox’, in which immigrants have better health and wellbeing than their US-born counterparts despite greater disadvantage such as poverty, low educational level, lack of access to health care, and discrimination.

“We cannot conclude from these results that immigrants and their children face lower levels of stress than others”, Dr Martin noted. “We may not be asking the right questions to identify their stresses. Increasing our understanding of how this stress looks in different populations will help us to better target interventions in the future to mitigate ACEs.”

According to Dr Martin, the next step is understand how ACEs are understood by immigrant parents and how this reflects their responses, as well as examining ACEs in more diverse immigrant populations, including refugees.

The research findings indicate that federal policies are being driven by misinformation about immigrant families in America. One of the speakers at the AAP conference, Dr Julie Linton, Assistant Professor of Pediatrics at Wake Forest School of Medicine and Co-Chair of the AAP Immigrant Health Special interest Group, spoke passionately about how current immigration policies are negatively impacting the health and wellbeing of the one in four US children who live in an immigrant family, and what pediatricians can do to better support these children and their families.

Professor Linton pointed out that immigration policies are being driven by intentional and unintentional rhetoric and misinformation about immigration, adding that, “As pediatricians, we have a responsibility to provide kind, compassionate, and high quality care to all children regardless of the immigration status of them or their parents. I hope we can educate both our politicians and the public regarding the truth about our immigrants.”

(9) Adverse Childhood Experiences Among Immigrants and their Children

Purpose: To compare parent-reported adverse childhood experiences (ACEs) between immigrant and US-born parents and their children. Methods: Data were obtained for secondary analysis from a study examining ACEs and child weight. Parents of 6–12 year-old children in general pediatrics or weight management clinics of two Midwest academic hospitals completed an anonymous questionnaire assessing 10 conventional/household-level parent ACEs, 6 conventional child ACEs (out-of-home placement used as proxy for abuse/neglect questions), and 6 expanded/community-level parent and child ACEs. Summed ACE scores for each parent and child were grouped as 0, 1–3, and _ 4 (conventional) or 0, 1–2, and _ 3 (expanded). Immigrant status was determined by asking, “Were you/your child born in the United States?” Differences between groups were analyzed using bivariate and multinomial logistic regression, adjusting for parent gender, income, and education, as well as child race, ethnicity, age, and insurance. Results: 331 parents participated of whom 67% were born in the US, 87% were female, and 69% spoke primarily English at home. 50% had annual income < $20,000. 99% of children were born in the US. The majority of children of immigrant parents were Hispanic (94%). Compared to immigrant parents, US-born parents reported experiencing more conventional and expanded ACEs (Table 1). Among US-born parents, the most common ACEs were loss of parent (40%), poverty (32%), and bullying (32%), while among immigrant parents, the most common ACEs were poverty (30%), unsafe neighborhood (20%), and emotional neglect (18%). Compared to immigrant parents, US-born parents also reported higher conventional and expanded ACE scores for their children (Table 1). Among children of US-born and immigrant parents, the most common ACEs were parent loss (31%, 22%), poverty (37%, 17%), and bullying (39%, 12%). Adjusting for covariates, US-born parents were more likely than immigrant parents to report experiencing 1–3 conventional ACEs (RRR 2.4 [95% CI: 1.3,4.5]), _ 4 conventional ACEs (RRR 2.7 [95% CI: 1.2,6.2]), and _ 3 expanded ACEs (RRR 4.6 [95% CI: 2.0,10.9]). Children of US-born parents had higher risk for report of 1–3 conventional ACEs (RRR 2.0 [95% CI: 1.1,3.8]), 1–2 expanded ACEs (RRR 3.4 [95% CI: 1.7,6.7]) and _ 3 expanded ACEs (RRR 10.3 [95% CI: 2.5,42.2]). Conclusions: Immigrant parents reported significantly fewer ACEs for themselves and their children than US-born parents did. This example of the “immigrant paradox” (better health, achievement or well-being despite disadvantages) appears to apply not only to first generation immigrant adults, but to their US-born children, as well. The amount and type of ACEs experienced by non-Hispanic immigrant or refugee communities may differ significantly from these findings. Further study among more diverse immigrant populations should examine ACEs that may be unique to immigrants.

What Doctors Miss Sunday Mornings For

Mar 28, 2019 Link to What Doctors Miss Sunday Mornings For

Read Residency Is a Series of Traumatic Firsts. We Can Make Them Positive 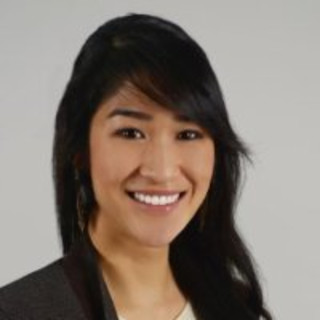 Residency Is a Series of Traumatic Firsts. We Can Make Them Positive

Jul 23, 2017 Link to Residency Is a Series of Traumatic Firsts. We Can Make Them Positive