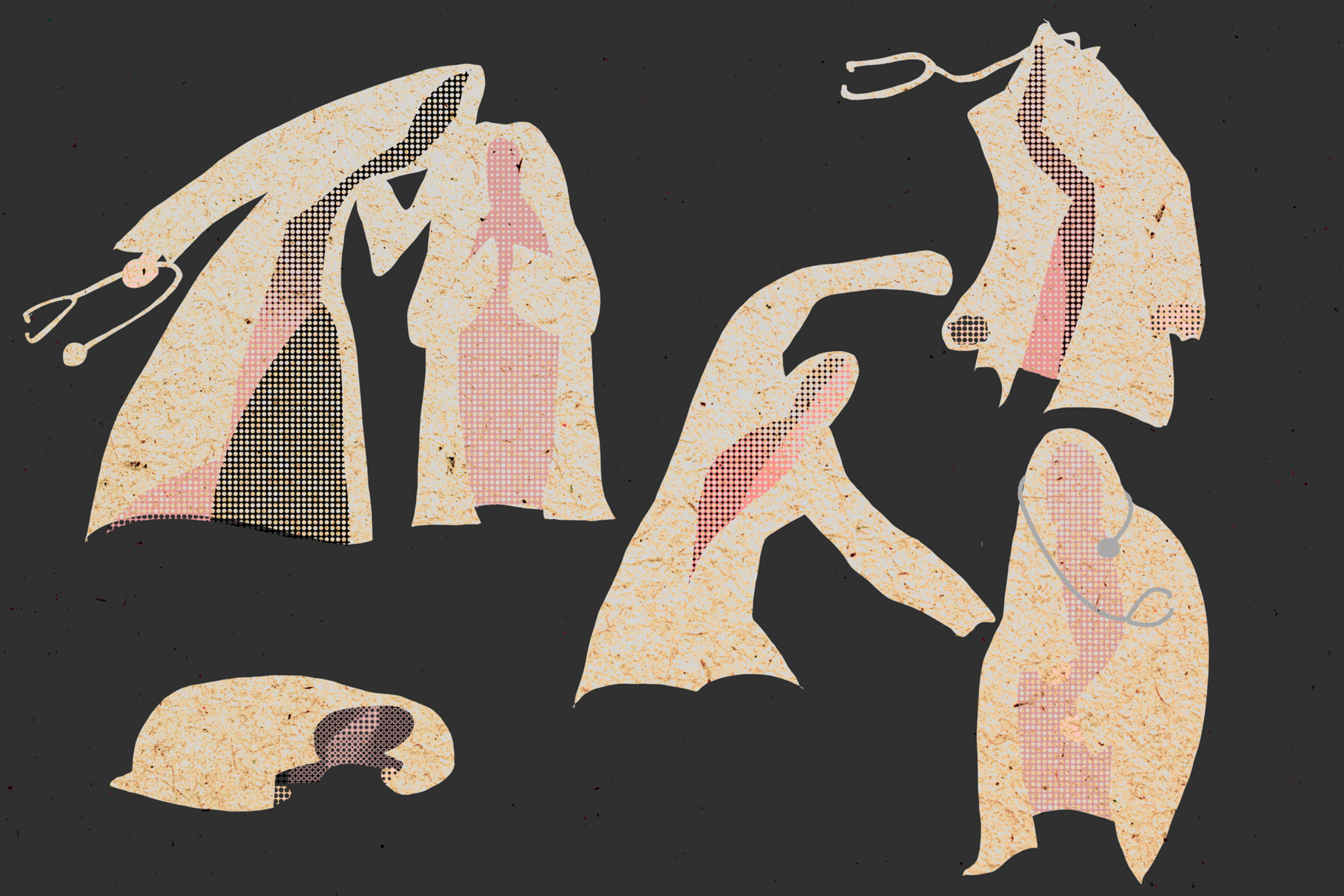 ﻿﻿﻿I am American. I am Muslim. I am Arab. My formative years were spent navigating the dicey sociopolitical terrain of Islamophobia. They were spent watching, waiting, listening. I went to a private, parochial school where Arabic and Islamic courses were part of the curriculum. During that time I watched as a state committee came into our school to audit our books for concerning content. I waited at home when school was cancelled because another bomb threat was called in. I listened as my teachers and family members discussed the tenuous position of being Muslim in America.

At first, as is common in adolescence, everything was experienced and processed with an intensity, an exquisite urgency. So, I learned to adapt. I learned that it was easier to keep my head down, my voice soft, and my mouth shut. If my presence was barely detectable then I could not possibly incite fear.

With time, my community’s fear faded and the sentiments settled. For me, however, the desire to remain unnoticed persisted. The feeling that I needed to apologize for my existence lingered. So on I went through high school, college, a research year in Singapore, and the first two years of medical school attempting to produce the most neutral reaction possible. For the most part being invisible was pretty easy. After all, my only identifier was my hijab.

When I entered the Ob/Gyn OR for the first time in my third year of medical school, I discovered that my one identifier briefly disappeared. Hidden under a scrub cap and behind a surgical mask, I reached peak levels of invisibility. As I scrubbed in, the surgical assistant asked for my name. I replied “Youmna Sherif, sir.”

He chuckled and said “I’m not gonna be able to pronounce that. What does your name mean?”

“It can be roughly translated into honor,” I said, with some incredulity.

He followed with, “I’ll call you Honor, then.”

So, he introduced me to my attending as “Honor.” With the anonymity of the OR attire and the indignity of getting called a name that was not mine, I watched my identity get completely stripped away. As another nameless medical student, the attending did not feel the necessity to censor herself in front of me.

She began talking about my high school, the private parochial school that had protected me for so many years.

“Did you hear about that madrasa [a college for Islamic instruction] they have over in Alexandria?!” The surgical assistant shook his head no.

“Well, it’s this school that teaches American-born kids how to be terrorists. I swear I don’t know why the U.S. lets this happen. This country deserves what it gets for allowing these people into the country. They really should have more regulations. And why do these people even want to be in America if they hate it so much?! You know what I’m saying, right?”

This woman, laying on the OR table, had trusted my attending with her body and with her child. This attending, however, didn’t think she belonged in our country, purely due to her religious affiliations.

So when I went home, I sat down on my couch. I contemplated my life choices. I asked myself: what are you going to do about this?

Up to this point I thought staying silent prevented us from getting hurt. Staying silent prevented us from suffering the consequences of retaliation, worrying about who would believe us, associating Muslim-ness with more negative events. Watching that C-section it occurred to me that, by staying silent, I was passively hurting patients by allowing biases to go unchecked. I inadvertently gave up my seat at the table and abdicated any claim to advocacy. By keeping my head down, all I did was protect my ego at the expense of a greater goal: tolerance.

So, for the first time in my life, I decided to speak. That night I wrote an email to my clerkship director. I didn’t name names, I just described the situation. That letter was a way for me to make it known that we had an issue. One so severe even I could not stay silent. So the next time someone was brave enough to speak the administration would know they weren’t alone. That this aggregate information may lead to an active effort to change the culture in medicine. To help us be more cognizant of our biases. To help us be kinder to one another. I knew that email wouldn’t change the world. But it was the first time I wasn’t quietly complicit with the injustices I witnessed. It was the first time I chose advocacy over personal safety. It was the first time I felt like I was truly looking out for my patients.

It wasn’t a loud protest. It was soft. It was careful. It was the start of a new understanding about my responsibility as a physician.