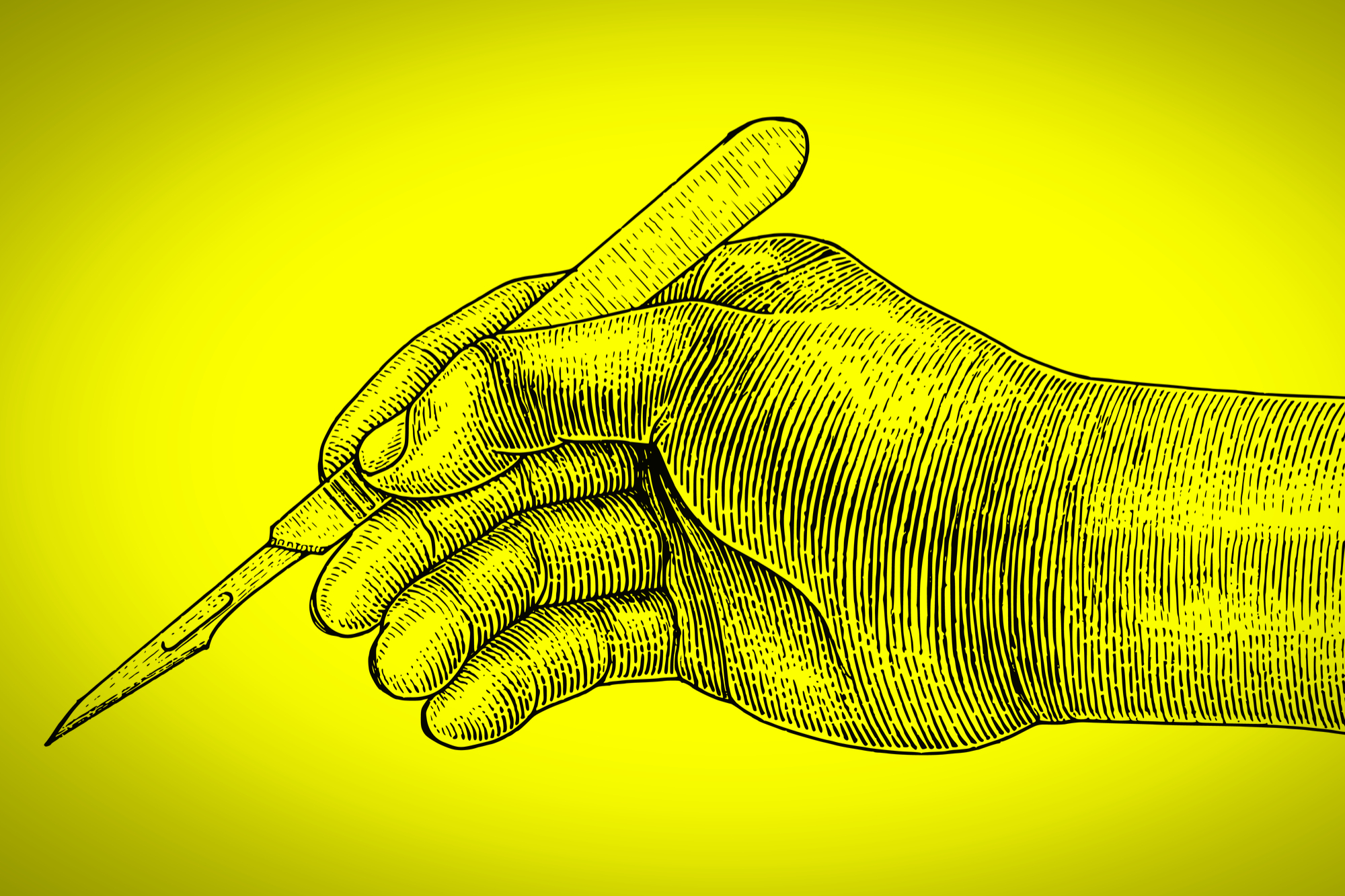 It should have been the day of my first surgery; the first day I could say to a patient “I’m Dr. Carter, your surgeon.”  Instead, it was my first time in the trauma bay at my new residency program, and unfortunately, I was the patient.

It was early in the morning on just my second day of intern year that I slipped and fell down the stairs at work. I had a pilon and fibula fracture, which would require two separate surgeries and two separate hospital admissions to correct. But at the time I didn’t know that, and I was simply panicking.

I had been given a tour of the hospital on my first day, yesterday, but here I was trapped in an unfamiliar stairwell not sure where the surgical floor was located, resorting to calling my upper level resident in tears because I thought my leg was broken and I had no clue where I was other than between the first and second floors. Luckily, I was found quickly and taken to the emergency room. I was placed in a trauma room, clothes cut off, disoriented in an unfamiliar place far from family and friends. I was now the trauma patient that I had trained so hard to treat.

The first few hours were a blur of x-rays and examinations completely at the mercy of nurses and physicians I didn’t know, including the chief resident sent down to keep me company. I lost track of time and was wheeled off to surgery. I didn’t know where my family was, if they were going to be there when I woke up or what would happen after I wake up. It was a humbling experience to be a patient before I got a chance to be a doctor and experience a trauma through my own eyes.

It was still an uphill battle a month later when I was finally able to return to clinical duties. My first two months back were on a shiny red scooter with a little metal basket. It made me feel like I was on my first bike again with training wheels. The other residents insisted on decorating my basket with streamers and knick-knacks. I was a surgery resident in name only, while my peers had already done several cases and procedures. I hadn’t even gotten to hold a retractor. I was disheartened and frustrated. Every day was a struggle to walk, to make a little more progress, to focus on taking one step without crutches. Then it happened. One morning I was suddenly able to take five steps, then 10, then finished rounds and had to go hunt down my crutches. I begged my chief to let me operate, any procedure, any case. I clearly remember the glare of the operating room lights. Cleaning my hands at the scrub sink. The pride I felt when I said “knife” for the first time and the feel of the 15 blade sliding into an area of abscessed skin. My first surgery as a surgery resident was a simple straightforward perirectal abscess. Not glamorous, not sexy. But I left the operating room with a smile on my face and tears in my eyes. It was a long journey, but I finally felt like Dr. Carter, surgeon.