But, regardless of all the effort and caring, we are losing the battle.

Every year 124,000 Americans decline into ESRD. Ninety percent of them go on hemodialysis. And that’s in spite of the fact that according to the USRDS, more than ninety percent of that terrible toll of ESRD is potentially preventable. And then, there are the one-hundred-thousand Americans who die in ESRD each year.

The balance, which is 24,000 patients, is added to the number languishing on dialysis. That’s every year. About 700,000 Americans are in ESRD today. Since more than 90% go on in-center hemodialysis — — the most expensive at $80,000 per patient-year, the most personnel-intensive and the most inconvenient form of dialysis for the patients — — that cranks the cost upwards of $50 Billion and results in a tide of misery.

Pick one of these cities: Albuquerque, New Mexico, or Allentown, Pennsylvania, or Baton Rouge, Louisiana, or Columbia, South Carolina, or El Paso, Texas, or Greensboro, North Carolina, or McAllen-Edinburg-Mission, Texas, or Worcester, Massachusetts. Now, imagine that you are driving down the streets of any one of those cities and every person — — every person — — in the city is on dialysis. If that picture doesn’t frighten you, I’m not sure what would.

Multiple published articles in the medical literature over the past 5 years have pointed to the value of co-located multidisciplinary integrated CKD care. Yet, Nephrologists typically are mired in a “tactical” mode of treating incident illness rather than managing declining eGFR in a data-driven, prevention-centered, and systems-based approach. They practice in small groups, separated from the Dieticians, Data-Managers, Pharmacists, Clinical Social Workers, and Nurse Educators that together would form the core of a truly multidisciplinary approach to disease management.

PM Chen et al published a 2015 study that documented a 30%+ drop in the annual incidence of ESRD in their implementation of a multidisciplinary single-payer system. SF Fishbane et al, (2017) showed reduced hospitalization rates and improved preparation for ESRD. Eugene Lin, et al, published a study in 2018 showing that multidisciplinary care was cost-effective in most patients with chronic kidney disease and was more cost-effective in patients with higher levels of albuminuria. Also, it remained cost-effective in the advanced Markov model even if it was substantially less effective or more costly than their base-case estimates.

In fact, there is a gathering collection of published studies that show in both experience and mathematical modeling how multidisciplinary integrated CKD care is cost-effective. It is especially so in a single-payer system where ESRD care is considered the cost of failed prevention and lowered dialysis costs can reflect back on the bottom line as an incentive to prevention innovation. And yet, we are frozen in a practice model that introduces huge logistical and time barriers to getting the needed mix of specialist interventions accomplished before the remaining nephrons have burned to the ground.

So, what is co-located multidisciplinary CKD care?

It is a partnership between a large primary care practice and the combination of a Data Analyst to analyze a deep longitudinal digital medical record, preferably covering at least 3–5 years, for the literature-documented CKD progression risk factors, prioritizing patients for intervention by the number and severity of those risk factors and tracking them over time.

It is a Dietician to begin early in Stage 3 to show patients how to modify their diets to avoid CKD progression and counteract the daily sheep-dipping they get in advertising for foods that are bad for them and their kidneys.

It includes a Nurse Educator having frequent short interactions to educate patients about kidney disease and remind them of the consequences of inaction. Health literacy in the U.S. is remarkably poor. Many patients get all their information from direct-to-consumer drug ads.

Multidisciplinary care is also having a Pharmacist to manage the toxic brew of prescribed and OTC medications and educate about how they work and interact. CKD patients average seven meds, plus diet supplements and food-drug interactions, creating an unmanageable matrix of potential adverse consequences.

There also needs to be a Clinical Social Worker on the team immediately available, because even before dialysis, CKD patients are often partially employed, with their reserves depleted by medical care bills, making poor decisions regarding insurance.

It facilitates other forms of preventive and preparative care. Most American CKD patients don’t get evaluated and listed for renal transplants until they are at the edge of or in ESRD, rather than being identified at eGFR’s of 20mL/min, when there is the potential for pre-emptive transplantation. There is simply not the time, staffing, and presence of mind in the current Nephrology clinical model. That ignores the fact that using current costing data, every patient with a dGFR/dt of 2mL/min/year listed at 20mL/min results in a savings of $200,000 at 10–15 years, at 3mL/min/year $150,000 is saved, and $50,000 is saved for each patient with a dGFR/dt of 5mL/min/year if the evaluation is done early.

Nor, do most CKD patients get evaluated for fistulas or grafts timely for them to be available when needed. Multidisciplinary care would facilitate that, as well.

A colleague and I are attempting to create a demonstration project at the James Quillen VAMC in East Tennessee. I encourage others to consider the same. I recently presented the concept to a group at the American Association for Physician Leadership annual meeting in Boston, and the slide-set from that presentation can be found on my Profile page.

Change in the model of CKD care is desperately needed. We are continually re-validating “the Einstein Principle.” You can’t do something the hundredth time and expect different results when it has failed to produce adequate results the first ninety-nine times. And, yet, here we are.

Dr. O’Neil was born in Wiesbaden, Germany and graduated from CalTech in Pasadena in 1971. He joined the Air Force as Disaster Preparedness Officer at Nellis AFB and completed his Internal Medicine Residency at Wilford Hall USAF Medical Center in San Antonio followed by Nephrology Fellowship at Wilford Hall and University of Texas under Dr. Jay Stein. He spent three years in the Philippines, then at Travis AFB, California, where he was Chief of Medical Staff, Medicine Residency Program Director and Commander of the 60th Medical Ops Squadron.

Price Transparency Is a Customer Service Opportunity In Health Care

Apr 26, 2019 Link to Price Transparency Is a Customer Service Opportunity In Health Care

Read Total Joint Arthoplasty and Being a Good Antibiotic Steward: My Takeaways from AAOS 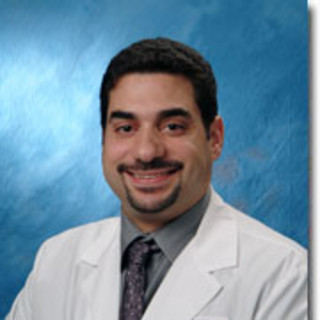 Total Joint Arthoplasty and Being a Good Antibiotic Steward: My Takeaways from AAOS

Mar 25, 2019 Link to Total Joint Arthoplasty and Being a Good Antibiotic Steward: My Takeaways from AAOS