The #BanTheBouffant Movement Will Diversify Surgery 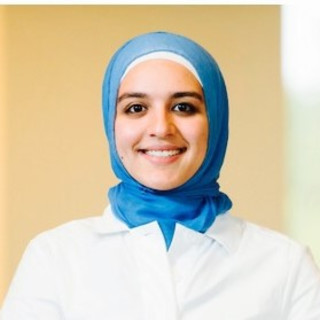 I always disliked the bouffant because it reminded me of a cheap shower cap, but I didn’t know just how many other people disliked it too. So you can imagine, a few weeks ago when I stumbled upon a blog post about the social media campaign aimed at #BanTheBouffant, I was amused. By the end of the article, I was ready to walk into every hospital across the nation and respectfully demand that they ban the bouffant from every OR.

Bouffants made their way into the OR scene because it was a disposable way to cover the medical professionals’ hair. Preliminary research found that covering the hair would reduce the risk of infection. Many hospitals worried about surgical caps brought in by surgeons because of the decreased sterility. For many surgeons, their surgical caps expressed their individuality — representing their alma mater, or their favorite color. Some surgical caps were plastered with donuts, others with dogs, and some even gifted to them by a mentor over the years. However, with the implementation of bouffants in the OR, hospitals were phasing out these fabric surgical caps.

Over the years, bouffants became one of the biggest nuisances for surgeons.

For surgeons who wore loupes or other headgear specific for the operating room, the grip wasn’t as strong on the slippery bouffant. Trash bins along the periphery of the OR wings were filled to the brim with bouffants. Besides the environmental impact and the lack of personalization and large nuisance, bouffants were preventing the diversification of surgery.

For hijab-wearing women surgeons, their hijab usually covers and extends past the neck, tucking into the scrub top. However, when hospitals implemented the bouffant, many hijab-wearing women found it difficult to properly don their hijab along with the bouffant cap. Many programs told their hijab-wearing medical students to wear numerous bouffant caps over one another so that their hair was covered and so that they would comply with the sub-sterile environment of the OR. Imagine that — wearing 4 to 5 bouffant caps on top of one another to cover your hair and comply with the OR standards.

But hijab covers their hair, along with their hairline and neck, places where little strands of hair would often poke out while wearing the bouffant. Many hospitals around the world launder OR specific hijabs for the medical professionals. Scrub companies have designed OR hijabs that can be washed and folded with scrubs, and placed in the scrub machine for the hijab-wearing surgeons and nurses. In ways, the hijab covered more hair than the bouffant. Since hijabs are made of fabric, similar to surgical caps, they were more comfortable. And optimal comfort for a surgeon is what you’d want so they can perform their job at the highest standards.

There is no strong evidence to prove that infection rates or post-surgical outcomes were improved with wearing the bouffant when compared to wearing fabric surgical caps. Since medicine and healthcare is strongly driven by evidence-based data, it would make sense to ban the bouffant and let surgeons use what they prefer.

If we could just #BanTheBouffant, we’d greatly diversify the OR. With hijab-wearing women freely wearing their hijab and complying with both a religious obligation and OR protocol.