Stepping Up to My Fear: My First Code 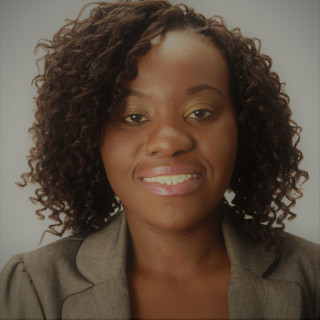 ﻿It was 2 a.m. and I would have much rather been asleep. PLOP! A huge textbook fell in front of me.

“Since we have some downtime, you can review,” my preceptor said.

“Sure!” I replied, with about 100 percent more enthusiasm than I felt. I put down my phone and thumbed through the book, pretending to read as he walked back to his desk. I was a fourth-year medical student on the second shift of my Emergency Medicine rotation. It was a rotation I had been looking forward to, the rush and excitement of the ED, saving lives, procedures, fast-paced! I was excited to watch and learn for the next month ... but it was 2 a.m. and nothing was happening.

“Will your med student do compressions?”

Wait! What? DID HE JUST VOLUNTEER ME TO DO COMPRESSIONS ON A REAL PERSON? You could have asked me first, I yelled at him internally. I had never participated in a code. I had seen quite a number, and helped in minor ways, but someone else always had it under control. I had my bright and shiny ACLS and BLS cards, which certified that I was qualified to run a code and save a life … but … could I really? I mean this person would actually be depending on me! No pressure!

Fifteen minutes went by slowly. Where was my preceptor? He had a habit of jumping up and leaving rooms unexpectedly, forcing me to follow quickly to keep up. Last time, unbeknownst to me, he was jumping up to go to the bathroom … I followed, not knowing his destination … it was a tad embarrassing to be turned away at the restroom door.

I heard sirens, saw people in a mad rush. My heart was beating loudly. Where was my preceptor?! I saw a gurney being wheeled in. I was in a panic, it was difficult to breathe. Is this what a panic attack feels like? I thought frantically. Maybe if I wait 10 seconds someone else will start the compressions and I won’t have to? It’s only my second day! This is too much responsibility! After what seemed like a lifetime but could really only have been a few seconds, I raced to the room where all the commotion was taking place. There was a body on the bed, someone had already started compressions! Oh thank you, God!

“Can you get another crash cart? This one is missing half the stuff,” a nurse asked, glancing at my badge, which identified me as a student.

“Sure, I can do that,” I said. I run to the desk to ask a nurse where to find a crash cart and she pointed behind me. I took it into the room and handed it to the nurse. Okay, I thought, I’m helping! Someone asked me to plug something in. Sure, I got this! Bring it on! What else do you need? Christine is on the job!!

Just then, I saw my preceptor. He motioned for me to take off my white coat and stethoscope. Oh no! Panic! Panic! I did as he asked and took a step closer. Someone had begun compressions but I was up next. Okay, you’ve got this, I told myself. I stepped up on the stool, placed my hands where I thought they should be, bent my body forward. Go! I pushed down, counting quickly and then slowing down because I worried I was pushing too fast. I know I’m not doing it right, I thought, maybe not compressing hard enough. It feels like it’s getting harder, has it only been 20 seconds? I feel like I am about to pass out.

A nurse was talking to me, telling me to move my hands down a bit. My panic increased. What if this guy dies because I am not performing good compressions? Someone said something about my form, someone laughed. At a time like this? I was irritated and had I known who it was, I would have shot a dirty look in their direction.

At long last, it was time to switch — I had been about to pass out! Some of the nurses laughed and tried to offer me advice on how to do compressions better. I was angry because someone’s life was at stake, and because I didn’t my compressions had been bad. I watched attentively as the nurse who took over did his compressions. I took a mental note: I need to put more force into mine.

We ended up performing chest compressions at least six times before my preceptor called time of death. I took a look at the patient, really looked at him. He hadn bilateral below-the-knee amputations, and he was stripped down, almost naked. His eyes … they were hard for me to look at, I felt like I had failed him. We all did.

Later, I asked my preceptor why he thought our patient didn’t survive the code.

“He was found unconscious after midnight, seen well around 9 p.m. There was over an hour between when he was found and when he arrived here. He had a history of uncontrolled DM, HTN, two MIs, and a stroke. Shocking his heart back might have brought him back, but he would have needed to be on a ventilator and may never have woken up. His family would have had to turn off his ventilator, eventually. We try, but we can’t save them all.”

Throughout the rest of my rotation, I took part in codes almost daily. I got better at compressions. I discovered every doctor ran a code differently; some would try once and call it, others tried for an hour. We lost so many more patients than we saved, but I began to understand that most of the time, the patients were already too far gone. I had to do my part to the best of my ability and hope for a good outcome for the patient.

It was the last week of my rotation, and when the nurse answered the phone, I could tell it was a code coming in.

“Want me to take this one?” I asked my preceptor.

I thought back with some amusement to three weeks previously, when I had been so scared to take part in a code — but there I was, volunteering myself! I didn’t know what the outcome would be; I just knew that I would do my part to save the life that came through those doors — after all, it’s what I was trained for. I heard the sirens and, without hesitation, started running to the emergency department bay doors.

Christine is a first-year Family Medicine resident at Emory University School of Medicine, Atlanta. She is passionate about patient health education, and demystifying medicine for non-clinicians. She has a wide variety of interests including, acting, writing, cooking, hiking, outdoor activities, and travel. She believes in living life to the fullest and having a positive impact on those around her.