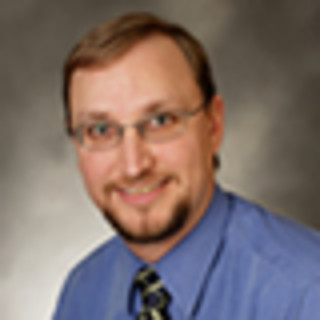 Things were different at the American Academy of Neurology (AAN) Annual Meeting this year. Sure, there were the same legends of neurology walking around in the hallways. There were the same poster sessions describing new research. There was even the same mediocre convention center coffee served in white paper cups.

Yet, if that was how you experienced the meeting, you were not in the right place to notice the change.

The change was not only physical, but a definite change in the virtual space around the meeting. Specifically, the change was that the social media buzz streaming from this neurology meeting was amazing.

I’ve been Tweeting about neurology since 2009. I’ve never seen neurologists interact on social media like we all did at this year’s AAN Annual Meeting. I’d seen it before from afar at other national meetings in fields like Cardiology and Emergency Medicine. But, neurologists have always been a little slow to adopt social media. Not any more. If you missed the social media chatter, you missed a lot. (For those who missed it, I recommend doing a search for the hashtag #AANAM on Twitter.)

By the numbers, there were over 2,500 accounts that participated in the online discussion. This group created over 9,000 Tweets via data from Symplur. To put this in perspective, I don’t have the solid data in front of me, but about five years ago, it felt like it was myself and about 5–10 other people Tweeting and we were lucky to get up to a couple hundred Tweets from the entire meeting.

A lot happens on Twitter when those at a large meeting are engaged. First, important and pivotal information is widely documented and communicated. Also, with more people live-Tweeting the bigger sessions, it not only allows for more opportunity to go beyond reporting content of presentations, but there can now be commentary and analysis of the presentation. And, yes, it also increases the space for pithy comments to make those in the audience need to suppress chuckles while in their seats.

Second, it allows doctors and medical professionals to learn from multiple sessions at once. The AAN Annual Meeting has grown in size and there are now a number of concurrent sessions. For example, the experiential stages were continuously having sessions on a wide variety of topics at the same time as the more traditional plenary sessions and courses. The increased bandwidth of those Tweeting made it so that important tidbits and pearls from many concurrent sessions were being posted at the same time. So, you could be in a platform session about movement disorders, and still be able to learn the newest updates in telehealth stroke care as well as career advice from the Navigating Your Career stage. More Tweeting neurologists meant more sessions being covered by live-Tweeters.

Third, the online connections set up real-life networking and connections. Some of these connections can be with people you just ‘met’ through reading their Tweets and discovered that you had the same interests and passions. And some of these connections can be with people you’ve had a long-time Twitter relationship with, but had never met in real-life. For example, after my talk on use of social media as a professional, I met up with a pediatric neurologist from Kentucky, @paediatrix. It turns out that we had started connecting on Twitter when she was a med student in India about nine years ago. It is one of the coolest memories I’ve had from a meeting in a long time.

Finally, a Twitter channel exists as a space for those not at the meeting. I heard from several people who were remotely following the meeting content in real-time. Some were neurologists who were covering clinical services or doing other activities which prevented them from attending. Others were healthcare providers from other medical specialties who would not typically come to a neurology meeting. Still, others were patients and their friends and families who now have access to the content presented in meetings which would otherwise be only accessible to those in the room.

And the content that was delivered at the Annual Meeting was more adept to social media as well. The AAN has noticeably invested in upgrading the program to make it more interactive and social media friendly. If you do visit the feed, you will see photogenic events like a talk on the neuroscience of zombies complete with a zombie mob and a full flight deck for a talk on tips for neurologists responding to in-flight emergencies. The sessions themselves also had more interactive elements, including audience response systems for gauging how well the crowd was absorbing the information from the session. These systems also collated audience questions and comments electronically to make for a cleaner and more efficient question and answer time.

Overall, this AAN Annual meeting exceeded my expectations on the level of social media engagement. This provided a rich back-channel for communication among attendees and those who were not able to be within the walls of the L.A. Convention Center. The connections made online in L.A. will no doubt lead to broader professional and personal collaborations that will make the AAN overall a better organization. Thanks to all the hard-working AAN staff who helped facilitate the social media discussion, and thanks to everybody who helped contribute to the #AANAM thread. I’m very excited to see what the channel looks like next year.

Dr. Jeff Kraakevik is an assistant professor and a movement disorders specialist in the Department of Neurology at Oregon Health & Science University. He has a strong interest in medical education, and he enjoys curricular development and innovation. He also has an interest in social media use in healthcare and can be found on Twitter @ohsunuero.