Size May Not Matter, but Appearance and Function Do 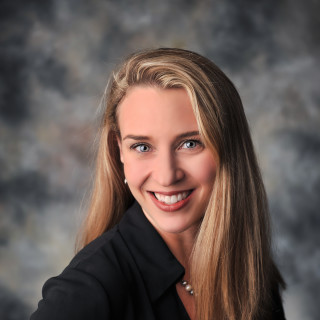 Insights from a (surgical) penis expert

When I was a cheerleader for the Dallas Cowboys, it was no secret that appearance mattered. From weighing in every week to always having my hair, makeup, and nails done, I had to be meticulous about every detail. For the record, my nails are hardly ever painted anymore, and it’s a lot easier putting my hair in a surgical cap every day (no hairspray required!). But I’m still a big believer that looks matter.

Only now, the appearance that I’m talking about is the penis. Yes, you read that correctly. I specialize in hypospadias repair and penile birth defects, so I spend four days a week in my red 3.5-power magnifying loupes trying to create the perfect penis. Because I’m pretty convinced it matters.

I wish I had a pithy response to the question that invariably comes up about what road led me from cheering in front of 65,000 fans to urologist to penis specialist. But I’m guessing your imagination can create a much more entertaining story than reality on that front.

The more burning question I find myself pondering is why there are so many days where I feel like I’m one of the only people on earth who’s willing to talk about how the penis looks. Despite the fact that — combined with related penis abnormalities — hypospadias is the most common birth defect in boys! Every day in the United States, 27 new babies are born with hypospadias, compared to 12 babies a day with cleft lip, and 16 a day with Down’s syndrome. And yet hardly anyone has ever heard the word hypospadias.

Are we so prudish that we think just because not EVERYONE can (or should) see someone’s penis that it doesn’t matter? To be fair, there are a lot of things about the penile appearance that don’t matter — at least not when it comes to surgery. I mean, the number of circ revisions done by some surgeons for a centimeter of excess skin in a healthy, chunky toddler can be appalling; our European colleagues who criticize us for too much “penis beautification” are absolutely correct on this front. But are they correct on other fronts? Is it “penis beautification” to straighten a penis bent 40 degrees to the left? Or to repair the meatus that’s located at the corona instead of the tip? Because that’s the message a lot of moms have gotten on social media, and even from their own doctors. There’s an overwhelming refrain among terrified, guilt-filled moms who were just told their child has a birth defect that penis repair is “cosmetic” surgery. So, instead of mom scheduling a date for her infant to be repaired, she decides that little Billy can just make up his own mind when he’s a teenager.

So let’s examine this. Is it cosmetic? The American Society of Plastic Surgery describes cosmetic surgery as “enhancing normal.” Most penises are straight, or perhaps bent a small amount, like 10–15°. It’s not normal to have a penis bent 40°. It’s not normal for poor Billy to be called “Lefty” in the school locker room because it’s bent that way. It’s not normal for Billy’s girlfriend to wonder what on earth is wrong with him when they go parking in the back of the car for the first time. It’s not normal for Billy to want to have an in-depth conversation with his mom about his Lefty status, or that his girlfriend broke up with him because of it, or to desire major surgery on the body part that consumes most of his thoughts at that age. But if he doesn’t have that conversation, it certainly isn’t normal for Billy’s wife to have pain with so many of the positions she’d like to try in the bedroom.

Reconstructive surgery, on the other hand, treats “structures of the body affected aesthetically or functionally by congenital defects.” Reconstructive surgery for most birth defects is a given. In developed worlds with low perioperative morbidity, does any parent say “I think I’m going to let Billy decide when he’s a teenager if he wants that lip thing fixed” for a newborn with cleft lip? Or have that 6th finger taken off? Why is the penis treated so differently than these other body parts? Why don’t we doctors even have our terminology (cosmetic vs. reconstructive) correct when we counsel parents, not to mention public awareness campaigns or support groups!

This doesn’t even begin to address the urinary problems that many men will experience when they have hypospadias. Or the excuses and compensation mechanisms they create to avoid spraying everywhere. These are the same sort of excuses and compensation I’ve been told about (even when there isn’t urine spraying) simply because things don’t look right. Because he has a gaping meatus with a glans penis open like a book. Because he has a deformed hump of skin when all his friends are circumcised. Because he was circumcised in a country where circumcision wasn’t the norm (shame on colleagues that haven’t learned foreskin reconstruction for distal repairs!). Don’t you remember when you were a teenager and every pimple seemed like a catastrophe? Can you imagine if your penis was an actual catastrophe?

Surely we can do better. Which means better awareness, better terminology, better educational materials, better support networks. And better surgery. But there’s enough on the improving-hypospadias-surgery subject for another day. Even if they get the technical steps right, let’s just say not all surgeons put the same value on what constitutes “normal” penile aesthetics! And getting better means surgeons must know their results. We have to stop pretending things below the belt don’t matter. They do.

When I was on the squad, we were different heights and weights and had different hair colors and skin colors. But we all wanted to look our best, and to function well with our pompoms on the field. Shouldn’t we want the same for the penises of the world? Except without the pompoms of course!

Dr. Nicol Bush specializes in repairing penile birth defects at PARC Urology in Frisco, Texas. She and her partner, Dr. Warren Snodgrass, reconstruct some of the world’s most complex hypospadias. She has authored numerous articles, chapters, and a surgical textbook, Hypospadiology. She edited a children’s book How Down There Bear Got Repaired, and co-founded Operation Happenis, a charity dedicated to raising awareness about penile birth defects.