Should Juice Be Eliminated from the Pediatric Diet?

AAP hosted a debate between Drs. Natalie Muth and Steven Abrams about whether juice should be eliminated from the pediatric diet. Doximity caught up the debaters after the session.

Natalie Muth, MD: I would argue that yes, we should eliminate juice in children’s diets or at least as clinicians and physicians we should be recommending that children don’t drink any juice. Whether parents take that recommendation and eliminate completely is out of our hands but being nuanced about it and giving limits probably isn’t going to help us to decrease juice consumption and that’s really the ultimate aim so that kids can eat more fruit.

Steven Abrams, MD: I think that there’s room for a very small amount of juice it helps provide some micronutrients like magnesium and potassium, and children wish to drink it. It’s just important that we make sure that the amounts drunk are very small.

Natalie Muth, MD: Part of the reason that we don’t like juice is because it doesn’t have any fibre in it but when you’re actually juicing or making smoothies you’re taking the whole fruit so it does have some of the fibre which is better, however by drinking a drink you still aren’t going to be as full from it and it still isn’t going to displace as many calories as it would otherwise if you were eating the food. Plus, with kids we want to teach them to eat the food to know where it came from to know what it is to get the full nutritional benefit.

Steven Abrams, MD: Small amounts are probably okay. We have to be careful that people are not adding a lot of sugar to them. So in of itself I think they’re okay but we have to be cautious about what they’re made up of and make sure it’s not too much sugar added to them.

Natalie Muth, MD: Evidence does suggest that kids who are introduced to juice early on are more likely to drink a lot of juice later, drink a lot of other sugary beverages later and then end up having obesity later on.

Steven Abrams, MD: The evidence doesn’t really support that. Certainly, where fruit juice intake is high there’d be a relationship and we want to avoid that but there’s no evidence from the science that small amounts of fruit juice lead directly to obesity.

Jul 3, 2019 Link to Remembering an Old War Friend and Patient 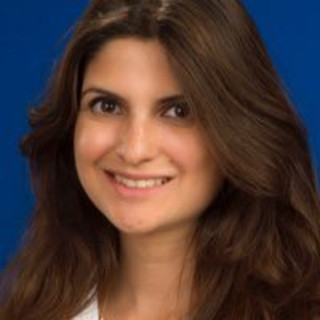 To Really Serve Patients, We Need Know Their Story

Apr 15, 2020 Link to To Really Serve Patients, We Need Know Their Story