Rethinking How We 'Support' During a Crisis 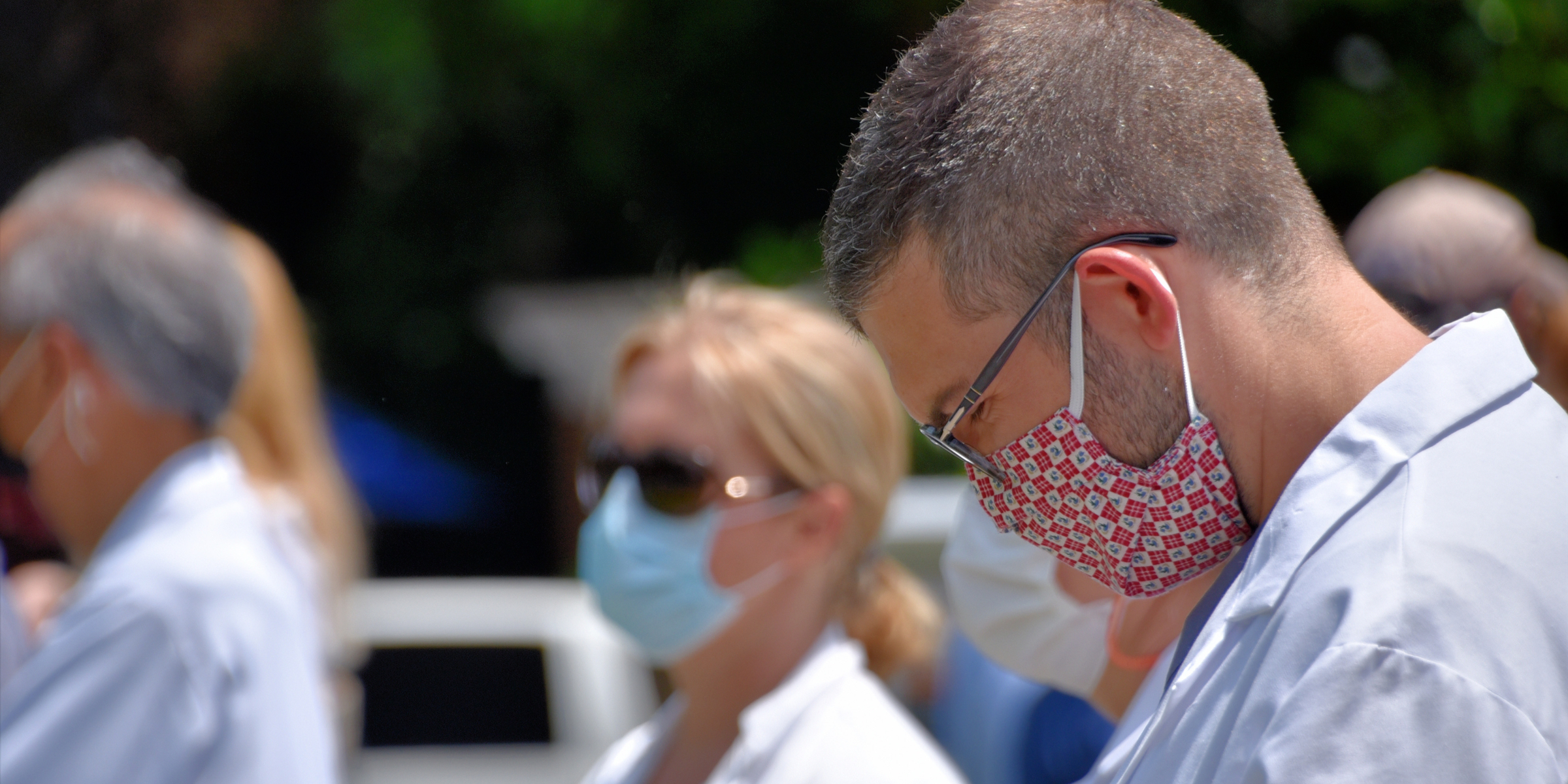 Life's most persistent and urgent question is, 'What are you doing for others?' – Martin Luther King, Jr.

I was a freshman at The Ohio State University in 2008 when Barack Obama became the first Black president. I voted for the other guy. I grew up in a Republican family, and I couldn't grasp why such an emphasis was put on a Black man becoming president; shouldn't we just focus on the issues and policies, not the color of his skin? It was an important moment, but I was busy at the time, focused on my GPA and extracurriculars so that I could get into medical school and pursue my dream of becoming a physician.

Looking back, my naivete was clear, but I had no context. To get into medical school (or accomplish anything that I wanted), all that I had to do was work hard. There were no extra barriers for me as a white male from an upper-middle-class family. The "system," from my standpoint, was working fine, and as long as I played by the rules (good GPA, high MCAT score, leadership experience, volunteerism), I was all but assured to be accepted somewhere.

As I continued my journey into medical school, there were periodic moments when racial injustice would bubble up to our national consciousness, and I would send one of those generic "thoughts and prayers" tweets and then continue my studies. I didn't have time for real activism — the pharmacology and pathology concepts weren't going to magically flow into my mind. I would tell myself that surely other people had the time and energy to lead movements and bring about change while I spent my time studying. After all, wasn't I studying to help people anyway?

During medical school, I read books about diseases and applied that knowledge to pass my tests. However, once I graduated and started my intern year, my real learning commenced. I was treating actual people instead of test questions. Disease processes and syndromes had faces, families, and loved ones. Amidst the sickness and death, I began to learn what it meant to "do for others" in our profession. Experience is always the best teacher.

This year, a small coronavirus swept through the world and spurred the COVID-19 pandemic. As humanity struggled to come to terms with this malady, it became obvious that we were ill-equipped to deal with such a public health crisis. Health care workers on the front lines were woefully underequipped, many without the proper PPE to guard themselves against the virus. Masks to prevent airborne transmission became a commodity. There was an outpouring of “support” for health care workers, and yet most people just cared about when the bars would reopen.

We physicians took risks to treat our patients, as we had sworn to do in our Hippocratic oath. I began to get more and more resentful, as the outpouring of "support" did very little to actually make conditions better for health care workers treating patients afflicted with COVID-19.

My frustration grew as people called health care workers “heroes.” Nice words meant nothing if there wasn't action behind them. While my colleagues and I made sacrifices and risked our own health, people would bang on some pots at 7 p.m. "for support" and then return to their daily lives. That noise did nothing. It felt hollow and patronizing; our pleas weren't actually heard. I was wearing the same mask day after day for weeks on end, to the point that the mask was doing little to protect me from contracting COVID-19. I didn't read about injustice or witness it on the news; I was experiencing it. I heard the hollow words and felt the knot of frustration in my stomach — the same feelings that our Black American communities feel time and time again, year after year.

On May 25th, a man, George Floyd, was murdered over a $20 bill in Minneapolis, Minnesota. However, his murder wasn't a random act of violence — he was killed by a police officer who had sworn to protect and serve his community. As George Floyd struggled for breath and begged for help with a police officer's knee wedged against his throat, his life slipped away. George Floyd was a man, but he was also a Black man. He became another name on the list of Black Americans who had senselessly lost their lives because of the color of their skin. He joined a list that included names like Trayvon Martin, Eric Garner, and Freddie Gray. Yet again, the generic social media posts and "support" began flowing out.

How outraged would I be if, year after year, there were multiple instances of rampant infectious diseases that killed thousands of people and health care workers, and each time, people poured out empty words on social media and nothing actually changed? How long would it take until I became fed up with empty promises and false hope?

I have begun to genuinely understand the frustration of the Black American community. Words mean nothing without action. Words don't buy protective masks, and words can't bring back a little girl's father. I participated in a kneeling protest at our hospital called White Coats for Black Lives. During our protest, I felt that dopamine hit that I was doing something "good." Unfortunately, I left that protest feeling empty — what had I really accomplished during those 10 minutes? Did I move the needle?

Regretfully, it took a global pandemic for me to begin to understand the plight of my Black American brothers and sisters who are demanding not words, but actions of social justice. As a physician, I have devoted my life's work to helping others, yet I have just begun to scratch the surface of what that actually means. My hope is that these words aren't empty and that this letter is the first step of action that can inspire other physicians to put their words into action to bring about true liberty and justice for all. Amen.

Aaron Arel is a Chief Resident in Physical Medicine and Rehabilitation at Johns Hopkins Hospital in Baltimore, MD. When not performing clinical responsibilities, he can found near a pool or other body of water.