Refugee Numbers Are Increasing. Medicine Has to Keep Up 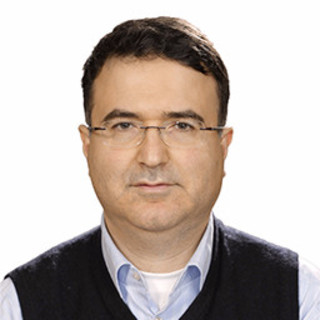 In the presence of war, oppression, persecution, and fear, individuals and families leave their home countries and become refugees. Refugees are not just healthy adults who decide to journey to a new country; they are commonly orphan children and elderly with chronic diseases, too. Many are exposed to years of human rights violations, such as torture and persecution, often from an armed conflict or another type of crisis. As a result, chronic health problems are common.

Currently, we observe deepening conflicts throughout the globe that are not likely to be solved soon. Many people are fleeing the insoluble conflicts and chaos, and their numbers will likely grow in the near future. Refugees stir different reactions in society. Some people fear they will need too much of the already-limited resources, and others see the new situation as a test of compassion. Regardless, the facts remain: there are over 20 million refugees in the world, including over 2 million in some countries, and a growing number of 40 million people are displaced in their own countries. Many of them need our care.

The majority of refugees live in overpopulated urban cities and present to crowded tertiary care centers with their health problems. For instance, I practice in an inner-city hospital in a highly populated city, and there are currently more Syrian refugees where I live than in all the rest of Europe.

As a physician who works with refugees, I’ve had the opportunity to make several observations. First, refugees try very hard to live in their new country. After a short initial adjustment period, they face the challenges of life in a new environment with new neighbors. Though some countries keep refugees in camps (not the case where I live), this is a solution for only a short period of time. As the duration of the stay gets longer, they do not want to live in camps or temporary shelter; they want to be part of the society they live in.

The physical and psychological effects of transition depend on the reason for the refugee’s emigration, such as war, religious conflicts, etc. Many elderly refugees have unattended chronic health problems, such as uncontrolled hypertension, diabetes mellitus, and hyperlipidemia. Most leave behind their health records and medicines. The transcripts of health records that do make it are usually difficult to understand or ignored. Currently, most urban city hospitals may not have the resources to handle large refugee populations, despite the fact that they host considerable numbers of refugee patients.

Many refugees need complicated surgeries, and, in elective medical situations, patient understanding and cooperation are required. The patient, or their representative, reserves the right of autonomy and privacy. Yet, communication is often an issue. Busy schedules, poor communication skills from medical staff, and language barriers can make a difficult process all the more challenging.

Despite these difficulties, refugee patients usually have tremendous family, friend, and neighbor support. I remember a Syrian lady who underwent coronary artery bypass grafting surgery in our hospital. I saw her in the clinic, where she had poorly controlled hypertension, diabetes mellitus, and hyperlipidemia. Despite my limited knowledge of her language, she gave a perfect history of severe angina through an interpreter. She had cardiac catheterization and coronary angiography the next day, which showed severe triple-vessel coronary artery disease. She underwent immediate and successful coronary artery bypass surgery and is currently doing very well. The day after surgery, I saw nearly 10 people waiting in the front of my room. They were all her neighbors asking if there was anything they could do for her, and they offered to donate blood.

Another case I remember was a young patient who suffered severe spine injury after a bomb attack in his home town. He was paralyzed and had severe pain in his legs, which was difficult to control despite heavy-duty pain medications. He had no relatives with him and was staying with his friends and neighbors, who were not wealthy or in great condition themselves. His friends were taking care of him compassionately, transporting him to the hospital three times a week.

Many countries face the challenge of needing to handle a sudden surge of refugees without having a developed infrastructure to do so. The sudden appearance of refugees causes a shock to society, and healthcare systems may cause new conflicts, which may be even more traumatic for refugees. We should remember that a compassionate healthcare worker is a tremendous resource for refugees. Many of our colleagues override their capacity and responsibilities to extend their hand to help.

International consortiums are needed to develop programs for refugees, particularly for those with urgent needs, such as severe and chronic medical conditions. For them, continuity of care is disrupted, and they usually get no medical treatment during the time of displacement.

I once saw a refugee patient with homozygous familial hypercholesterolemia with severe atherosclerosis. He underwent coronary artery bypass surgery at the age of 27. High-dose statin therapy was started, which could not effectively reduce his high level of low density lipoprotein cholesterol (LDL-C), which was over 450mg/dl at the time. LDL-C levels remained persistently high after treatment with high doses of lipid lowering therapy. Given his extremely high cardiovascular risk, poor response to statins, his options were lipoprotein apheresis versus the novel therapeutics for familial hypercholesterolemia. Another special population in urgent need is the refugees with rare genetic diseases. For them, current treatment strategies are insufficient, and novel therapies are too expensive. International medical societies and the pharmaceutical industry should develop programs to enable these patients to utilize novel and effective therapy alternatives as a hope to their incurable conditions.

As a medical community, we should remain united to solve the refugee health crisis. We need to form novel social, scientific, and international collaborations to solve the medical needs of the (ever-growing) refugee population.