Rationalizing the Anti-Vaxxer Through Trust

As a medical student, I hear the theories. Vaccines are designed and distributed by pharmaceutical companies as a diabolical cash cow. Formaldehyde and mercury are well-described poisons that we are injecting into our children. Better hygiene and holistic health, not vaccines, are responsible for the observed decrease in infections.

To be clear, vaccines are safe and effective, and these claims are false. Yet, pseudoscientific claims like these are spreading in America and internationally; they are no longer solely propagated by the frenzied “anti-vaxxer.” To my chagrin, I have educated friends and family members from suburban Wisconsin who entertain and even endorse these claims. For the common consumer, it can be difficult to differentiate fact from scare tactic.

From WHO/UNICEF data, the top two reasons leading to vaccine hesitancy or opposition are: 1) concerns over vaccine safety/fear of side effects, and 2) lack of parental knowledge/perceived need for vaccines. At their core, both reasons are strongly influenced by one central factor – trust. Do you trust modern medicine, government, pharmaceutical companies, and your doctor more than anti-vaccine claims and inherent skepticism?

My goal in writing this article is to think like the anti-vaxxer and doubtful parent in order to better understand why people are vaccine-hesitant (or resistant). If we can understand why there is a lack of trust, we can better inform our pro-vaccine public health agendas.

Recently, the Wellcome Trust, a biomedical research charity with a focus on global health, published the Wellcome Global Monitor quantifying how the world views science, doctors, and vaccines. Interestingly, confidence in vaccines is generally higher in less developed, low-income countries. For example, 97% of people in Bangladesh strongly/somewhat agree that vaccines are both effective and safe. This may stem from the fact that some of these less affluent countries have more recent experience with vaccine-preventable diseases. It is easy to think measles is harmless or unimportant when you have never seen its consequences.

France, on the other hand, has the highest degree of distrust. One in three French citizens believes that vaccines are unsafe. This, too, is understandable. France recently increased the number of mandatory vaccines from three to 11, thereby diminishing the parent’s power in the governance of their own, or their child’s, health. To the public, the idea that vaccines are a profit-driven ploy is more convincing when one considers that the French government openly attempted to sell surplus H1N1 vaccine in 2010.

Trust between United States citizens and its medical institutions is notably decreasing. Data from the General Social Survey shows that trust in U.S. medical institutions dropped from 61% in 1974 to 36% in 2016, while the Gallup-Knight Foundation reported a 43% decrease in trust between 1975 and 2015. Interestingly, the U.S. flaunts the world’s highest overall self-perception of scientific knowledge, with roughly 80% stating they know “a lot” or “some” about science, while Americans’ actual knowledge level is only slightly above the global average.

So, how do we fix this vaccination crisis and failure of trust?

Some believe that the solution is vaccination laws, or vaccinating children by lawful force. As evidenced in France, and more recently California, which was on the receiving end of harsh backlash after passing vaccine mandates, implementing vaccine laws and decreasing medical freedom lessens trust and adds fuel to the anti-vaxx fire. It seems wrong to ask parents to trust in our public health agendas if we don’t reciprocally trust them with the health of their own children.

Others advocate for directly confronting anti-vaccine campaigns with an abundance of hard facts. Yet, for the common consumer with lingering medical doubts, showering them with scientific literature only highlights their relative lack of knowledge and can further alienate the person you are trying to help. Why trust in overwhelmingly detailed scientific studies when anti-vaccine propaganda is far less nuanced and more emotionally palatable?

I believe that the dissolution of the formerly sacred patient-provider pact is of critical importance. A study published in JAMA found that only 18% of hospitalized patients know the name of the primary inpatient physician orchestrating their care. It is understandable to value your neighbor’s personal vaccine story over an unknown doctor’s guidelines that are quickly explained as they are halfway out the door. Make no mistake, most doctors want to deeply connect with their patients, but modern medicine can make doing so challenging. Among other factors, it is well documented that corporate health care contributes to physician burnout. With medical advancement, simple blood tests can replace a thorough history and physical exam. And, lastly, increasing medical specialization promotes patients having six doctors that they vaguely know, rather than one doctor that they completely trust.

I believe pro-vaccination campaigns should emphasize a restructuring of the way individual clinics and hospitals operate to prioritize trust between individual doctors and patients.

As a soon-to-be doctor, I may be passionate and idealistic, but I recognize the power of trust. It is challenging to change someone’s opinion on personal and emotional topics like vaccinations. Patients will come to their own conclusions, but part of a doctor’s job is to empower patients to make the decision that is best for them. Individual experiences and relationships can shift community perception, and perception can restore physician influence. Patients who have faith in their doctors and medicine will self-silence the anti-vaccine noise and thereby promote acceptance of vaccination.

We, as healthcare providers, must remember that when we ask about vaccines we are asking parents to expose their child to what they perceive as an unknown risk. Do they trust us? We cannot become flippant and angered when confronted with anti-vaccine concerns. We need to elicit, address, and validate parents’ concerns so that they feel – and are – informed. Parents only want the best for their children, and we need to display humility in reminding them that we share that priority.

Lucas Zarling is a fourth-year medical student at the University of Wisconsin School of Medicine and Public Health. He plans to pursue training in internal medicine.

Read Did I Give 'Bad' Advice in My Med School Graduation Speech?
Link to Ruben Julian Rucoba, MD's page

Did I Give 'Bad' Advice in My Med School Graduation Speech?

Read Branding is Not a Dirty Word 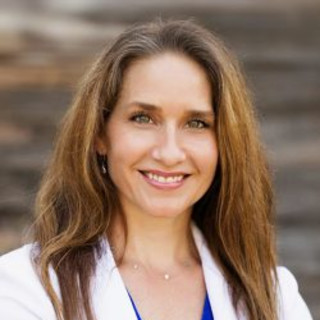 Branding is Not a Dirty Word