Please Go Get the Help You Need 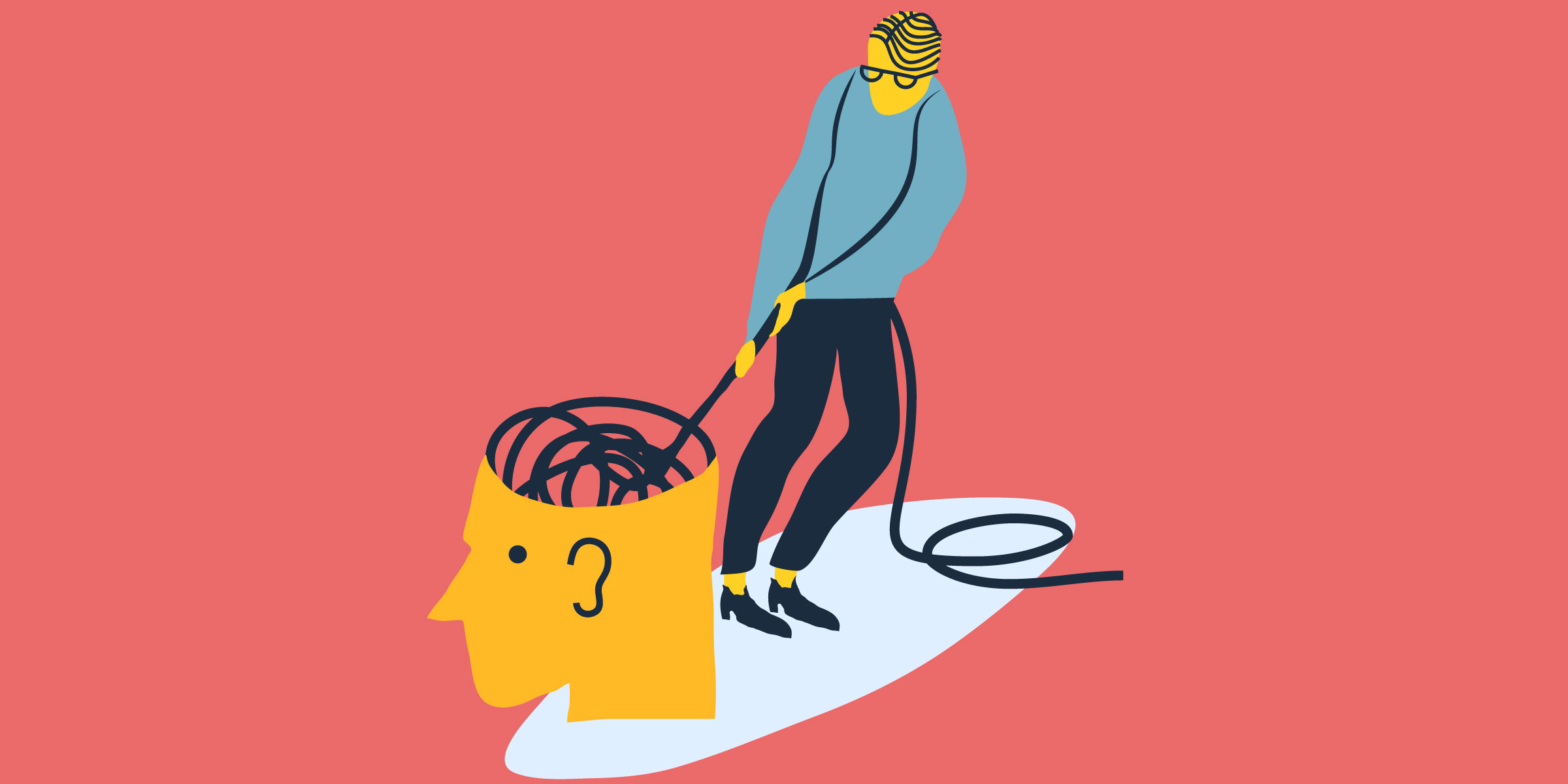 “Hmm, I wonder when I last got my nails done? They look like they’re growing out …. oh yeah, and our yard. I can’t forget to fill out the contract for the mowing company to start this spring .... wait, is it spring? What’s the date, March 8th? Oh! it’s almost Sami-dog’s birthday! How old is she now? We got married in 2006 and got her six months after we got married, so.…”

“Dr. Kwak, I did my research and my symptoms clearly point toward systemic candidiasis.  Looking back, I’ve had it for 10 years. Can you test me for that?”

Shit, I had done it again. How long had my patient been talking? At least this time I snapped to in time to hear my patient ask a question I was confident I had an answer to.

“You said 10 years right? You definitely don’t have systemic candidiasis or you’d be dead by now.”

I vowed to stay more focused with my next patient.  My new mantra, “Focus, Mellie,” with a little boost of encouragement at the end, a la Rob Schneider in Waterboy “You can do it, you can do it! (all night long)”

Why did it feel so impossible, though?

Back at my work station, I handed over a completed school physical form to my nurse and turned to head off to my next patient.

“Wait, Dr. Kwak," she said, "you forgot the section on diabetes screening.”

Disgruntled, I trudged back to retrieve it from her. My knee jerk reaction was to be pissed at having to do paperwork. However, the thing that really irritated me was my nagging inner critic saying, “Really, Mel? You have filled out over a thousand of these by now in your career and you still miss sections?”

I vowed to slow down and fill out forms more accurately. “Focus, Mellie," I told myself. “You can do it, you can do it!”

Ten minutes into a patient visit later, my nurse knocked on the exam room door.

“Dr. Kwak, you forgot to write the work excuse note for your last patient.”

Stupid notes! Why are doctors the final authority on who gets to go to work or not? As if we signed up to be arbiters on work attendance.

I vowed to keep a checklist during each patient visit. I knew this vow because I had only made it about 100 times before then. This time was for real.

Could I really do it? My mantra was already losing steam, as all my other mantras previously had.

It was about four years ago during a visit with a patient for an attention-deficit/hyperactivity disorder (ADHD) evaluation that I had a revelation. While going through the DSM criteria, I felt it seemed all too familiar as I selected all the boxes for inattentive and two-thirds of them for hyperactive criteria.

Were my symptoms present in more than one setting? How about work? All day, every day since day one.

Home? Does accidentally setting my husband’s brand new golf club head cover on fire count? How about my husband and I agreeing he would take care of the bills because I would be, well, a disaster, and we’d probably be homeless even with a Double Income, No Kids (DINK) physician household.

Hobbies? Does forgetting my golf equipment for my golf tournament count? How about the time I caddied for my brother-in-law in a local golf tournament and blurted aloud, in the middle of his putting stroke, "Pretzels! I have pretzels!” in response to the question he had asked me 10 minutes earlier (“You got any food in that bag, Mel?”)? For those who don’t golf, this is beyond not cool. He missed the putt, a two and a half footer.

I sat and made lists of similar scenarios that regularly occur throughout my everyday life. As I did so, I kept butting up against one thought in particular. "You’re a frickin’ doctor, Mel. You can’t have ADHD and become a doctor, right?"

I would vacillate between two modes. “You’ve been frustrated and fighting your brain your whole life, so go get checked out by a psychiatrist,” was one. The other was, “stop trying to make excuses for yourself, Mel. You just don’t want to take responsibility for how flighty and forgetful and disorganized you are.”

I decided to educate myself on non-medicinal treatments of ADHD just in case.

I implemented external structures and reward systems and took the Epic super user course to become a more efficient charter. All of it helped, even if only a tiny smidgen of progress.

One year later, I decided to bite the bullet and scheduled an appointment with a psychiatrist. Three and a half months later, I had a prescription for Vyvanse 10 mg in my hands. I felt excited and nervous over the uncertainty. What if I was wrong? What if the psychiatrist couldn’t accurately diagnose me because I have terrible insight into myself? What if I was over-exaggerating? What if I am just lazy?

In the end, I took it and it was like the heavens parted and I could hear the angel voices sing. The incessant chatter in my head slowed, so I could step outside and hear a bird chirping. I sat down for breakfast with my family and could for once follow them and participate in the conversation. I was able to implement those non-medicinal strategies I had learned about more effectively than ever.

The point of sharing all this, fellow clinicians, is to tell you to take care of your health the way you do for patients. This is your life. If you have been struggling in any arena, please go get the help you need. Understand that you are not broken. You are an altogether normal and abnormal, perfect and imperfect human being.

Yes, it’s now in my records I see a psychiatrist, I’ve been to a therapist. If that information comes down to me losing a job someday, as bogus as that would be I don't care. I’ll take a better quality of life now over a potential bump in the road later. This moment is all we have now. Future you is counting on you. You can do it, you can do it! (All night long!)

Melissa Kwak, MD is a family physician practicing full-time. She found a way out of burnout and is helping other physicians do the same through her life coaching practice. Dr. Kwak is a 2019-2019 Doximity Fellow. The article is her own and doesn't necessarily represent her employer's positions, strategies or opinions.

Read The First Time I Prayed with a Patient
Link to Vidhya Prakash, MD's page

The First Time I Prayed with a Patient

Read A Psychiatrist on How She Treats Mental Health Without Medications

A Psychiatrist on How She Treats Mental Health Without Medications

Aug 30, 2017 Link to A Psychiatrist on How She Treats Mental Health Without Medications