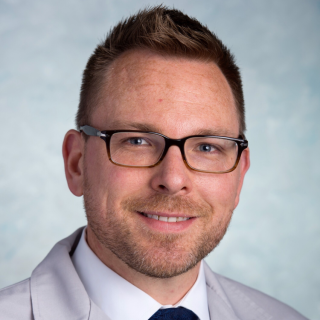 We are inundated with firearms in this country, with more guns than people. Just as the coal miner is more likely to become afflicted by the environmental peril of coal worker’s pneumoconiosis, an American is 25 times more likely to be the victim of homicide than other developed countries. Heated debate has been going on for years regarding what can be done about the problem, but these truths remain: 1) the gun violence epidemic in America is a public health crisis, and 2) physician leadership is needed to address this problem.

In medical school I was introduced gun violence activism as a member of Physicians for Social Responsibility. We discussed societal issues affecting our patients, and one issue that kept coming up was handgun violence. One article in JAMA that piqued our interest showed the effectiveness of preventing interstate trafficking of guns by a “one-handgun-a-month” law in Virginia. Armed with knowledge and our white coats, my colleagues and I took a day out of our busy study schedules to visit Harrisburg, PA. Our goal was to tell our state representatives about action they could take to try to curb the violence we were seeing. Physicians have first-hand experience caring for traumatized patients. Therefore, we have special credibility when we discuss these issues with our representatives.

Clearly the gun violence epidemic is detrimental for our patients. There are a similar number of people who die in motor vehicle accidents and from gun violence on a yearly basis. CDC statistics reveal that 33,000 deaths in the U.S. each year are firearm related, 20,000 suicides, 11,000 homicides, and 500 accidental injuries. In response to the situation in our country, the AMA has released policy positions regarding “Firearms as a Public Health Problem in the United States,” They have presented a number of actions our legislators could take to curb gun violence, such as H-145.991, supporting universal background checks. Another bill the AMA has been advocating for is H-145.997, which aims to reduce interstate trafficking of guns and increase research regarding the epidemiology of gun violence.

The gun lobby has deflected the calls for responsible gun laws with a well-funded propaganda campaign. One of their primary arguments is that mental health, not access to guns, is the underlying cause of our country’s problem with guns. However, the American Psychiatric Association has come forward with a policy statement which contradicts this view. In it they recognize that “the vast majority of gun violence is not attributable to mental illness”, and they support interventions to reduce the proliferation of unregulated handguns. While the second amendment is a right guaranteed to all citizens, even this right is not without limits. Our medical societies have come forward with guidance; now we as physicians need to stand up for reform measures to tackle the violence affecting our society.

This brings me back to the lesson that I learned back in medical school. We can only influence our elected officials when we make our voices heard, and not just at the voting booth. The physicians who will make the biggest difference are the ones who reach out to their representatives. Please reach out and contact your senators and congressional representatives. We need to let them know that we, as physicians, stand with the AMA and APA to end the public health crisis of gun violence in this country.