Overwhelming Support for Gender Equity at the AMA

CNN headlines blare Female Doctors Earn a LOT Less Than Male Doctors and The Gender Pay Gap for Women Doctors is Big — and Getting Worse. Last year The Washington Post reported October 26th was the day that women across the United States began working for free (until the end of the year) because of the pay gap. However, for women physicians and surgeons the date was much earlier — September 8th — due to a larger pay gap. These disturbing news articles are entirely consistent with the evidence and recent studies have demonstrated that pay disparities begin early in women’s careers and persist throughout. Both the Doximity and Medscape physician compensation reports show marked disparities. Here’s an important point: pay disparities for women in medicine have been documented even after adjusting for other factors such as differences in specialty, age, faculty rank, and metrics of clinical and research productivity. Moreover, studies have identified that race and ethnicity is a compensation predictor, with Black and Latina women being paid the least. Disparity based pay gaps for physicians are unconscionable: leaders must start paying women fairly.

For a variety of reasons documented in the literature, medical societies are uniquely positioned to help drive change and may have incentives that other organizations don’t have (e.g. their members are “customers” who can take their business elsewhere). Most medical societies are non-profit organizations and receive a significant portion of their annual income from women physicians or their employers. As such, societies should all be highly engaged in issues related to gender equity. Some are taking the lead and actively using their resources — financial as well as power and influence — to address gender disparities. For example, the American College of Physicians recently published a position paper titled Achieving Gender Equity in Physician Compensation and Career Advancement, clarifying the organization’s positions and recommendations regarding equal pay in medicine. Similarly, the Association of Women Surgeons published a position paper titled Strategies for Identifying and Closing the Gender Salary Gap in Surgery.

Knowing that there is an important and untapped opportunity for medical societies to accelerate equity for women physicians, we wrote two resolutions for the American Medical Association (AMA). Our goal was simple: get the largest medical society in the United States to lead the way in adopting a set of highly proactive gender equity initiatives. This includes, but is not limited to, the AMA driving fair compensation for women physicians while ensuring that its own organization “walks the talk.”

Our first resolution was broadly focused on gender equity issues and the second was specifically aimed at compensation. We obtained excellent feedback on our drafts from colleagues who are members of the AMA and also from AMA staff. After revisions, we submitted these for consideration by the Young Physicians Section and incorporated suggestions from their membership. The resolutions were unanimously passed by the Young Physicians Section and were immediately forwarded to the House of Delegates. After overwhelmingly positive testimony at the Reference Committee hearing, our two resolutions were combined with two other gender equity resolutions — one from the American College of Cardiology (authored by Dr. Hena Patel, a cardiology fellow at Rush University Medical Center in Chicago) and the other by the American College of Gastroenterology (authored by Dr. Suriya Sastri, a gastroenterologist practicing in the Greater Chicago area). After deliberation, the Reference Committee produced a combined resolution that was unanimously passed.

The final resolution titled “Advancing Gender Equity in Medicine” is by far the most comprehensive and action-oriented medical society gender equity plan to date. Moreover, the AMA Board of Trustees must draft a report outlining its position and recommendations for gender equity by June 2019. The resolution states as follows:

We had this to say about the resolution:

On the heels of this achievement at the American Medical Association, a new report in the New England Journal of Medicine, “Social Media and the Advancement of Women Physicians,” highlights how women doctors are connecting to each other and allies to drive change. The report highlights the popularity of social networks such as Twitter and Facebook, especially for female physicians: “communities of women in medicine may be providing coping strategies for overcoming barriers and navigating roadblocks to professional advancement, including gender discrimination.”

Creating an equitable healthcare workforce is a top priority and may impact physician burnout and patient care. You can help by sharing this article and encouraging your medical societies to take immediate actionable steps to accelerate gender equity.

Julie K. Silver, MD is an Associate Professor and Associate Chair for the Department of Physical Medicine and Rehabilitation at Harvard Medical School. She is on the staff of Spaulding Rehabilitation, Massachusetts General and Brigham and Women’s Hospitals. Michael S. Sinha, MD, JD, MPH is a research fellow at Harvard Medical School. Drs. Silver and Sinha met via the social media platform Twitter, where both are active in the #WomenInMedicine and #HeForShe communities. 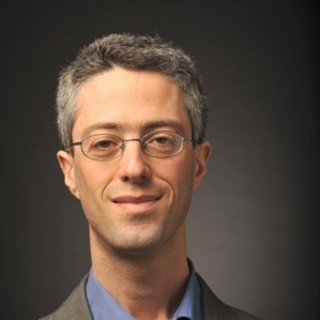 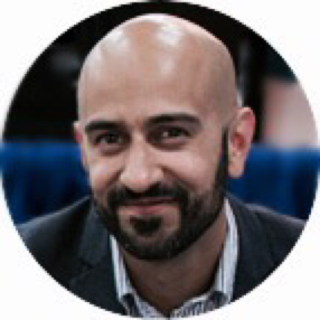 I Took the Red Pill and Became a Locum Tenens Doctor

My Patients, My Heart, My Heavy Weight