One Thing This Doctor Trusts Above All Else

Robert Lustig, MD, MSL doesn't trust anyone, but he trusts science. He has carved a fascinating path through medicine, post-doctoral studies, and law to become one of the most passionate patient advocates in medicine today.

Author of Fat Chance and The Hacking of the American Mind, Dr. Lustig has sparked global discussion regarding metabolic health and nutrition. He is changing the way physicians view and treat diet-related diseases.

The importance of delivering science alongside public health advice

"Here's the dirty secret," Dr. Lustig says. "We don't know what we are doing. The only way we do know is when we have science." For Dr. Lustig, science serves as true north, a guiding principle in a field where so much research is published that it is hard to keep track of it all. This sentiment is especially true in metabolic health and nutrition.

Dr. Lustig likens our current medical education system to a trade school. "We don't teach science well enough to doctors [for them] to be able to discern what is true in literature and what is not," he says. It takes 25 years for a change in medicine to make it to the clinic. The reason, he believes, is because we must wait for a new generation of doctors who learned the most updated science to rise up to the attending rank.

Dr. Lustig illustrates this societal phenomenon in ways that almost anyone can relate to, "In the last 30 years, there have been four cultural tectonic shifts in public health; bicycle helmets and seat belts, smoking in public places, drunk driving, and condoms in bathrooms. Thirty years ago, if a legislator proposed any of those, he/she would have been laughed out of the state. Thirty years later, they are all facts of life."

The upcoming shift in public health

Dr. Lustig sees nutrition as an upcoming cultural shift within public health. This topic has become his life's work, and he continues to work tirelessly to teach his patients and the public about the science behind nutrition. "The concept that sugar is a problem is just a part of what most of my work is about. It's about obesity, but particularly about chronic metabolic disease and what happens in the liver."

The sugar debate dates back to an argument in the 1960s between Ancel Keys, PhD, and John Yudkin. Ancel Keys, an epidemiologist at the University of Minnesota, was working in health at a time when physicians and scientists were clamoring to find a cause for heart disease. Most famous for creating the K-rations and Mediterranean diets, he took the stance that fat was our enemy. John Yudkin, a British physiologist and nutritionist, on the other hand, took the stance that sugar was our enemy. They had a big kerfuffle back in the 1960s and 1970s and Keys ended up winning the argument because learnings about LDL were largely misinterpreted back in the 1970s. There were correlations between high levels of fat intake to high LDL and then high levels of LDL to higher risk of heart attack or coronary heart disease. Distorted scientific interpretation around these correlations led to the idea that fat was the culprit for heart disease.

"The leaps that the scientific community made are completely inappropriate and untrue," says Dr. Lustig. He spent six years as a postdoctoral fellow and research associate within the field of neuroendocrinology at Rockefeller University. He has committed his life to understanding the science behind clinical conditions and holds firm on his belief, "if you don't understand the science, then you're going to make the same mistakes."

In hindsight, "it doesn't even make sense on logical grounds, but that's what we believed. That's what was told to us. And that's what the medical profession took away." As a result, people started eating low-fat diets and, Dr. Lustig points out, "everyone got sicker."

The original dietary guidelines for Americans were hijacked by the food industry. Science told us to reduce meat intake, reduce sugar intake, and eat fewer calories, and the food industry didn't like that idea. They wanted to make sure Americans were eating more foods that were subsidized, so they lobbied Congress to change the guidelines to say: eat less fat, eat more pasta, eat more grains, and eat more sugar. Nothing to be said about the damaging effects of high calorie or sugar intake. "They distorted our eating habits," says Dr. Lustig. "They distorted our biochemistry and now we have a chronic disease pandemic worldwide because they subverted science."

Dr. Lustig says the truth is that it's not about obesity, it's about Metabolic Syndrome. Eighty percent of obese people are metabolically ill, which means 20% of obese people are not. The shocking statistic really lies within normal weight population: Forty percent of people in a normal weight range are metabolically ill, meaning they get the same diseases as the obese do: type II diabetes, hypertension, lipid problems, cardiovascular disease, cancer, and dementia. "The reason why normal people get those diseases is not because they're eating too many calories, but because they're eating too many of the wrong calories," Dr. Lustig says.

Dr. Lustig makes clear in his work that he believes it is sugar and processed foods that are causing the health problems obese and non-obese patients are facing today. Sugar is addictive, he says, but the American Psychiatric Association has yet to say so. "The reason the food industry hasn't completely discredited me is because I stick to the science," he says.

Instead of waiting for the damage to happen and treating it when it does, Dr. Lustig believes we have to change the business model to health promotion. It is a physician's duty to tell patients what to avoid to stay healthy.

Dr. Lustig is now working alongside UCLA and the Resnick Center for food policy and obesity to try and help stabilize administrative governments that want to institute a soda taxes. This effort will ideally prevent the food and beverage industries from undoing the good that's been done. "Eventually, this is a long-running battle," Dr. Lustig admits. "It's not gonna be solved immediately. The insurance company doesn't necessarily want to solve it. Until the industry realizes that this is actually causing them to lose money instead of making it." They just have to trust the science.

Read Integrating APPs in Neurology and Burnout: Tackling Challenges Head on at AANAM 2018 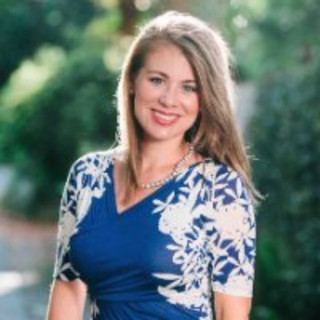 Integrating APPs in Neurology and Burnout: Tackling Challenges Head on at AANAM 2018

Apr 20, 2018 Link to Integrating APPs in Neurology and Burnout: Tackling Challenges Head on at AANAM 2018

Read Are You Ready for Financial Independence? Here's What I Did
Link to Vladimir V Dzhashi, MD's page

Are You Ready for Financial Independence? Here's What I Did

Nov 22, 2019 Link to Are You Ready for Financial Independence? Here's What I Did

Read 'Telemedicine is Not a Poorer Quality Version of In-Person Care. It is Care'
Link to Desmond Watt, MMS, PA-C's page

Jul 25, 2019 Link to 'Telemedicine is Not a Poorer Quality Version of In-Person Care. It is Care'