Once a Doctor, Always a Doctor, Even in Your Bathing Suit 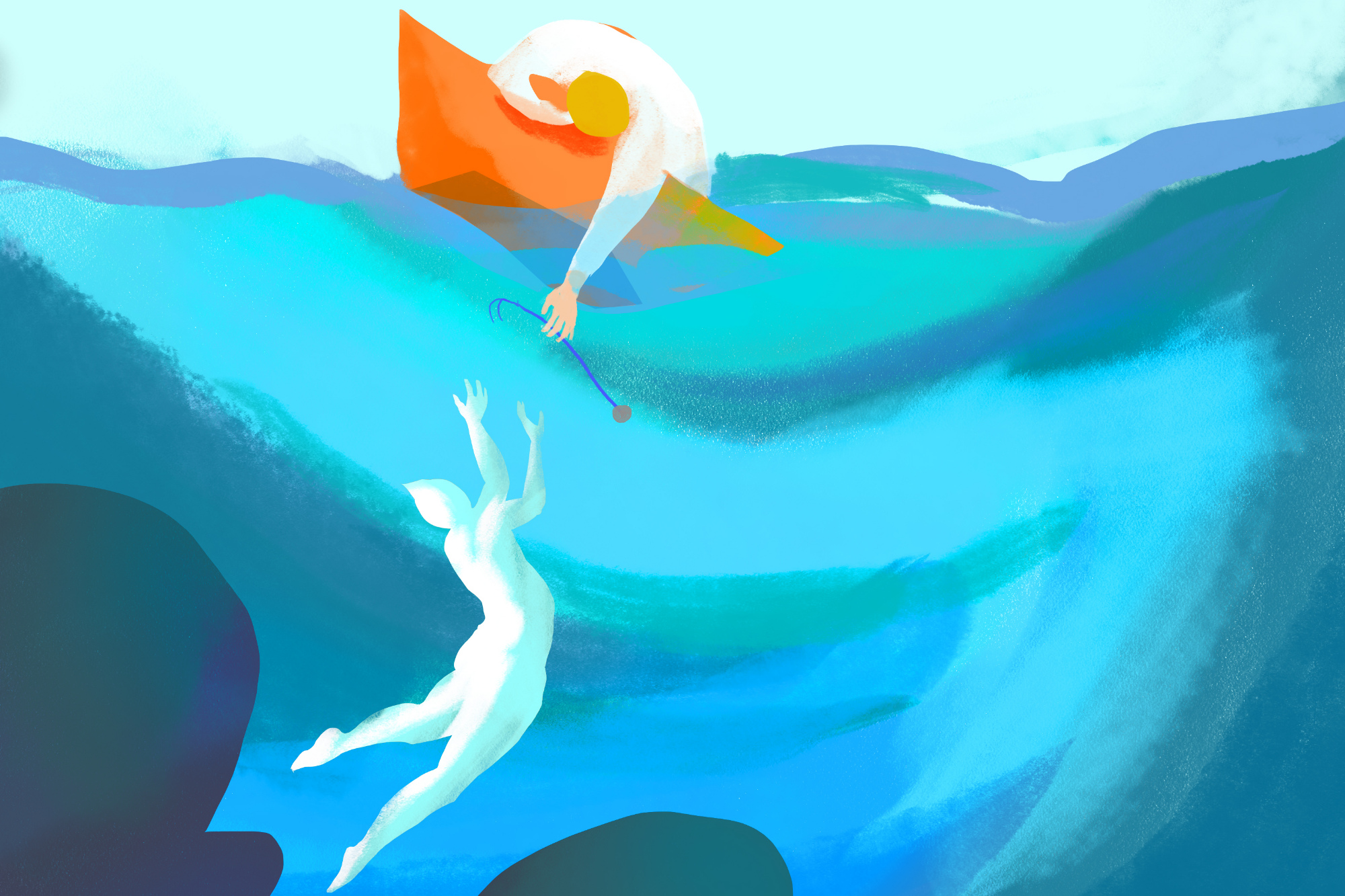 Our young family of five were avid water rats. We would load up our 15-foot, 75 horsepower blue and white boat with camping gear and trailer it to the lake for a weekend of swimming and water skiing. The lake was fresh water, spring fed, Corps of Engineers lake, that was crystal clear and deep, surrounded by mountains.

One weekend, we joined up with David’s family of five sharing a campsite and our boat for a weekend of watersports. David and I had known each other since our residency days. Our wives were good friends and the children were about the same ages. Our campsite was located on a remote island on the lake whose shores extended for several miles. Each family pitched a large tent and shared a campfire for cooking the evening meal.

It was a gorgeous Saturday in July with a sky devoid of clouds and little to no wind as I started up the ski boat for a day of water skiing. The six kids were the first to ski, then the adults took turns.

Because of the small size of the boat, we usually pulled only one skier with an adult observer and me as the driver. I would pick up the skier near shore and pull them up for a ride around the lake.

David was 6-foot-2-inches, thin, and in great shape. After he got into his skis, I pulled him up slowly to water level. As the boat entered the first turn, my wife who was the spotter, yelled out that David was down. She shouted out to me with her voice rising in concern that he is the one with a history of dislocated shoulders.

As I approached him lying on his side in the water, he was clutching his right shoulder. I stopped the boat and swam to him. We both had on “around the waist” floatation belts. I tried to drag him to the boat but that did not work.

The other alternative was to try to relocate his shoulder back in the joint while treading water in the deep lake. David told me that his dislocated shoulder usually went back in place “fairly easily.” However, I had my doubts. My experience with treating dislocated shoulders was that you had to have a very relaxed patient which meant having them under anesthesia or heavy sedation. Those nice options were not available. So, I proceeded to relocate his shoulder while treading water, with David lying on his unaffected left side in the water. I applied some downward pull on his right arm and rotated it inward. I felt his shoulder pop back into joint. From the expression on David’s face, I could see that he was much relieved. With my wife’s help, we got him back in the boat and took him to shore.

A few months later, I got a frantic call from his son, who told me David had dislocated his left shoulder while working on his heater/air conditioning unit. He was stuck in between the unit and the basement wall. When I got to his home, I found him wedged in a small space too narrow for me to get into. With the help of his son, we managed to get him so I could treat him. With him fully awake, I placed my foot in his left armpit and pulled on his left arm to reduce his dislocated shoulder. This maneuver worked and saved him a trip to the ER.

David finally had both shoulders repaired a few years later after I had relocated to another state and he had lost the services of his “on-call surgeon.” I was surprised and happy to see him and his wife many years later at my 65th birthday celebration.

Helping a person in need even under unfavorable and less than ideal circumstances is worth the effort. Once a doctor, always a doctor, even out in deep water in your bathing suit.

Richard J Nasca is a graduate of Georgetown College and Georgetown Medical School. He completed his internship at the Hospital of the University of Pennsylvania and postgraduate training in Surgery and Orthopaedics at Duke University and Affiliated Hospitals. Dr. Nasca served as Chief of the Amputee and Hand Services at the Philadelphia Naval Hospital caring for Vietnam casualties. He held teaching appointments in Orthopaedic Surgery at the University of Arkansas School of Medicine and the University of Alabama School of Medicine. During his time in practice, he specialized in caring for patients with spine deformities, injuries and disorders. He has been married to Carol T. Smith, R.N. for 52 years and has three children and one granddaughter.