Observations from a Biomarker Perspective at ASCO GI 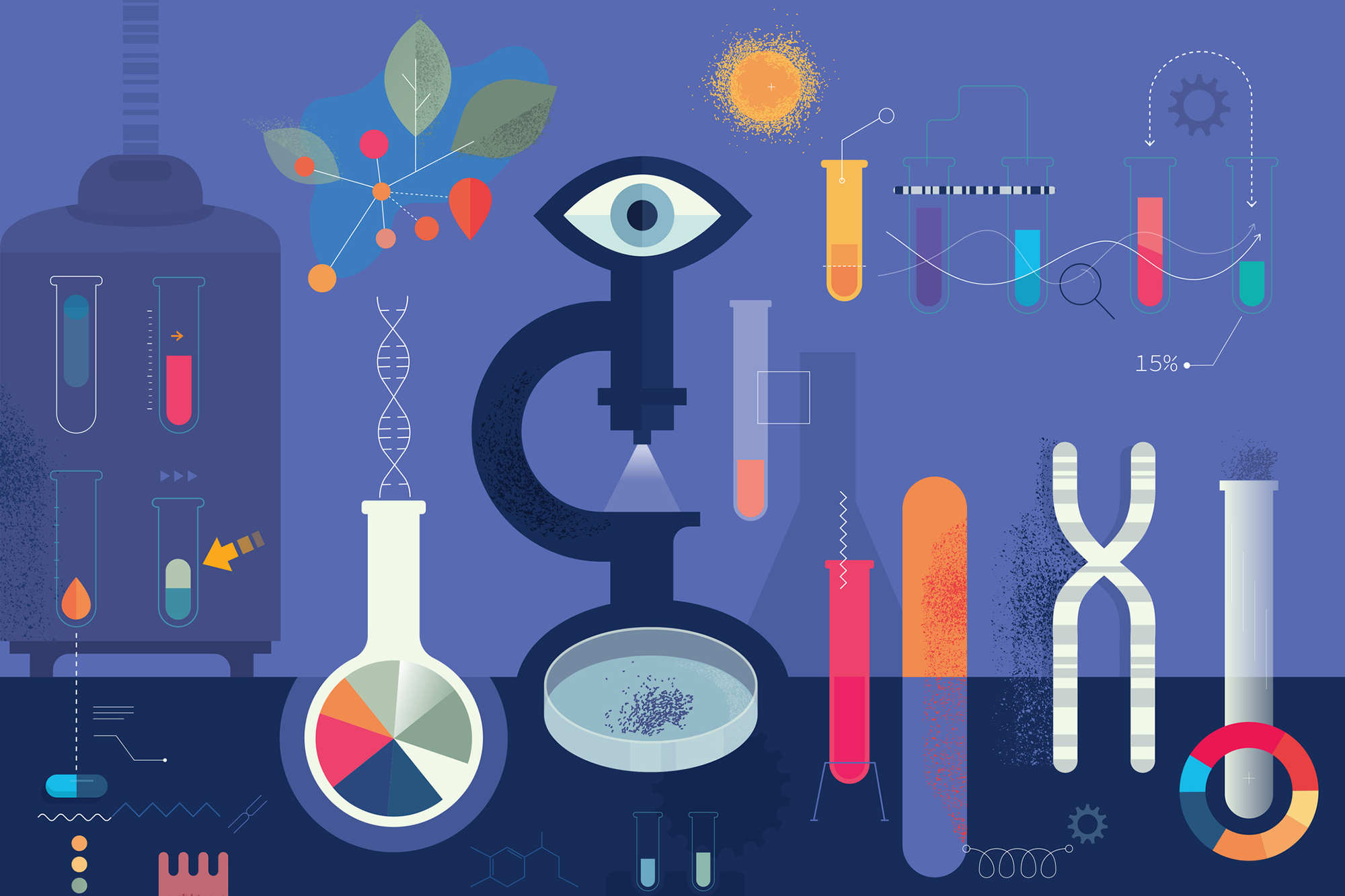 As clinician-scientists, we have all spent a considerable time identifying new targets and testing new therapies. My interest over the last few years has been to better stratify patients for different therapies, predict who should receive them, and evaluate whether the therapy is effective or not. Although my special interest is in neuroendocrine tumors (NETs) and the use of peptide receptor radiotherapy (PRRT) the principle of predictive and monitoring type biomarkers seems a critical requirement to facilitate the management of oncological diseases. What caught my attention at this ASCO GI was the significant number of sessions, papers, posters, and events as well as company-driven initiatives that are focused on molecular biomarkers.

The focus is broad and affects many disciplines of cancer. Examples range from IDH1 and IDH2 targeting in microsatellite instability-high (MSI-H) cholangiocarcinomas to using circulating tumor DNA (ctDNA) testing both for diagnosis as well as detecting minimal residual disease (MRD) in colon cancers. These approaches, perhaps best encompassed as “Research to Practice” (RTP) tools are considered as “disruptors” of current clinical disciplines including molecular pathology and clinical oncology. Defining effective molecular tools will likely have a substantial role not only in tumor diagnosis but in the identification of recurrence. In this area, the blood-based detection of chemotherapeutic or targeted-therapy resistant disease as this develops in response to therapies is a key issue. Such tools will replace the highly invasive tissue biopsy protocols and perhaps, even surgery, for tumor diagnosis and recurrent disease evaluation. Liquid biopsies are blood-based approaches which are more efficacious than tissue sampling, given the intra- and inter-tumor heterogeneity which are known major biological and clinical weaknesses. Furthermore, while it is relatively easy to obtain blood repetitively for real-time assessment of disease status, repeat tissue biopsy has significant limitations as it is invasive, painful, and is random tissue sample of a mass which is heterogeneous and polyclonal.

So, what blood-based tools were described and how effective are they? RTP tools range from ctDNA, to circulating tumor cells to messenger RNA and microRNAs. The basis of the approach is that the blood stream will include tumor-related information that can be measured and quantified and used in the management of a tumor. Firstly, this would include establishing a diagnosis of a cancer. Characterizing the tumor at a molecular level in blood reduces the requirement for tumor tissue samples (tumor biopsy), which can be especially challenging when a tumor is difficult to access, e.g., brain or lung, or if the disease is metastasized and there are multiple tumors (each comprised of a variety of clones with different genomic characteristics). Secondly, such information could be used to guide tumor-specific treatment. Analyzing the genome of tumor cells could help determine or predict e.g., EGFR L858R and second-line treatment (TARCEVA) decisions in lung cancer. Thirdly, monitoring the effectiveness of a treatment. A decrease in the quantity of a target would suggest tumor dissolution and treatment success. Conversely, increases in the target would identify disease progression despite therapy and determine those in whom therapy is unsuccessful. Fourthly, these tools could be used to monitor patients with no evidence of disease; changes would indicate an alteration in tumor status i.e. progression/recurrence.

Firstly, ctDNA. One of the themes of the congress was ctDNA and the utility of this molecular diagnostic across the cancer care spectrum. ctDNA is tumor-derived fragmented DNA in the bloodstream that is not associated with cells. Tumor DNA typically includes multiple mutations (as a function of tumor evolution and/or response to therapies) which are not detectable in germline DNA (unless there is an inherited condition e.g., MEN-1). Mutations can be measured and quantified in the circulation and therefore, potentially may have utility in all four areas – diagnosis, treatment prediction, treatment monitoring, and MRD. Is ctDNA the Holy Grail of biomarkers?

While I was impressed by some of the data presented, there are a number of areas that diminish my enthusiasm. Firstly, diagnosis and screening. The quantity of ctDNA varies among individuals and depends on the type of tumor, its location, and the cancer stage. It is very clear, therefore, that there is a limit of detection associated with tumor size and ctDNA is unlikely to be useful as a screening tool or for detecting stage I cancer disease. The accuracy of detection was quoted as 41% for stage I disease. This is no different (if not worse than) to a coin toss! More extensive diseases (e.g., stage III/IV) are, however, associated with impressive results in the 70-90% range, suggesting that tumor volume is a significant variable in enabling ctDNA detection. Once diagnosed, and provided a patient has a targetable mutation (in many circumstances, a big if), ctDNA may be effective as a tool for preselecting effective therapy. In my field (NETs), there are very few driver mutations associated and it is unlikely that this technology will be viable except in a minority of patients. In contrast, other diseases, like colorectal cancer, may well benefit from this tool. In terms of treatment monitoring, this remains theoretical, as does its role for MRD. However, as a highly touted RTP tool, I anticipate several future studies generating support for its use in selected patient cohorts with defined and targetable mutations.

Secondly – CTC or circulating tumor cells – once the flavor of the day! While CTC enumeration is an accepted prognostic indicator for breast, prostate, and colorectal cancer (CRC), it largely remains as a research tool and is considered of limited clinical value. There is interest in CTC characterization and isolation (largely for predicting therapies) but, to my astonishment, there were very few mentions of CTCs at the congress. One abstract suggested CTCs may be prognostic in CRCs and there was one trial in progress (PDAC). In the NET field, CTCs are considered a non-reliable marker, due to technical limitations in evaluating their number and phenotype and are not used clinically.

MicroRNAs, like CTCs, have waxed and waned in popularity. MicroRNAs are a class of small noncoding RNAs of ∼18-25 nucleotides in length which are involved in the regulation of gene expression at the post-transcriptional level. Three posters focused on this, two mechanistic, the third focusing on classifying subtypes of HCC in a Korean population. No papers evaluated utility as a circulating biomarker. In the NET world, miRNAs have been extensively evaluated, and are currently identified as having limited to uncertain value.

One poster evaluated circulating RNA (circRNA) which is a species of RNA that exists in blood and forms a covalently closed continuous loop of RNA that is resistant to degradation. The authors suggested that these were dysregulated in CRCs and may provide an option as a novel CRC biomarker. Time will tell but circles tend to remain circles.

Other posters focused on linear RNA structures in the blood (blood-based mRNA assays) and their utility as predictive, prognostic and therapy monitoring tools. The NET world, unfortunately, has seriously lagged behind other disciplines in terms of the development of the molecular understanding of the disease. Thus, effective assays such as MammaPrint or Oncotype Dx (both tissue-based), or the Cobas ctDNA (blood) assays that can be used as prognostics or to predict therapies have limited analogous genomic strategies in NET disease. Of note, however, is the emergence in NET oncology of significant progress in evaluating NET-specific blood mRNA assays e.g., NETest. A single-center experience of 567 subjects in an ENETS center of Excellence was presented by A. Malczewska. The assay was robust, accurate (>90%) as a diagnostic (for several different NET cancer organ sites, irrespective of staging) and could be used to detect disease progression and determine response to therapy. A separate report by K. Öberg of a NETest meta-analysis identified diagnostic accuracies of >95% across 10 different studies with a treatment-monitoring utility of >98%. Similarly, a surgical assessment by M. Falconi identified the utility of the biomarker for identification of minimum residual disease (MRD). Of special interest was the summated the experiences of three international PRRT centers demonstrated utility of the NETest as a marker both for predicting who should undergo PRRT and also for monitoring the effectiveness of the therapy. Changes (decreases) in circulating RNA levels strongly predicted response to radiotherapy in NETs.

Conversely, increases in the mRNA signature identified those who were progressing despite PRRT. Overall, there seems no debate that for NET disease mRNA measurement seemed to have the best clinical utility and seemed most likely to facilitate clinical management. In CRC a novel mRNA-based assay by Modlin et al identified a diagnostic utility (>90%) — values similar to the metrics of other multi-omic blood tests for CRC. The latter approach combined tumor- and non-tumor-derived (such as immune) signals from ctDNA, epigenetic, and protein biomarkers into a machine learning-based classifier, to detect early-stage CRC. A simple blood test that measured circulating mRNA appeared to be as effective.

Use and Cost of Precision Tools

This year, there is more and more interest in liquid biopsies and their role either as a diagnostic or as a monitor for therapy. The pitfalls and utility of precision medicine were best exemplified in the talk by Zafar (Duke) who spoke on “What’s next after precision oncology? From biomarker to better care.” Less than 10% of all cancer patients undergo precision testing and less than 5% will benefit from these tools. While we are focused on identifying those who need a targeted therapy, our tools for detecting these patients and monitoring the effectiveness of the therapies remain to be fully integrated into practice. Of particular importance, given the ever-rising costs of therapy, are molecular tools that can appropriately monitor the effectiveness of a drug. Lessons have begun to be learned and effective tools are beginning to be identified. Perhaps now we are beginning to develop the 2020 vision we need to better serve our patients. Although the question is often raised about the costs of molecular genomic tools such as mRNA liquid biopsy – I would rather ask the question – what is the cost of not developing and implementing them?