No Challenge Is Too Great a Challenge for Women in Medicine 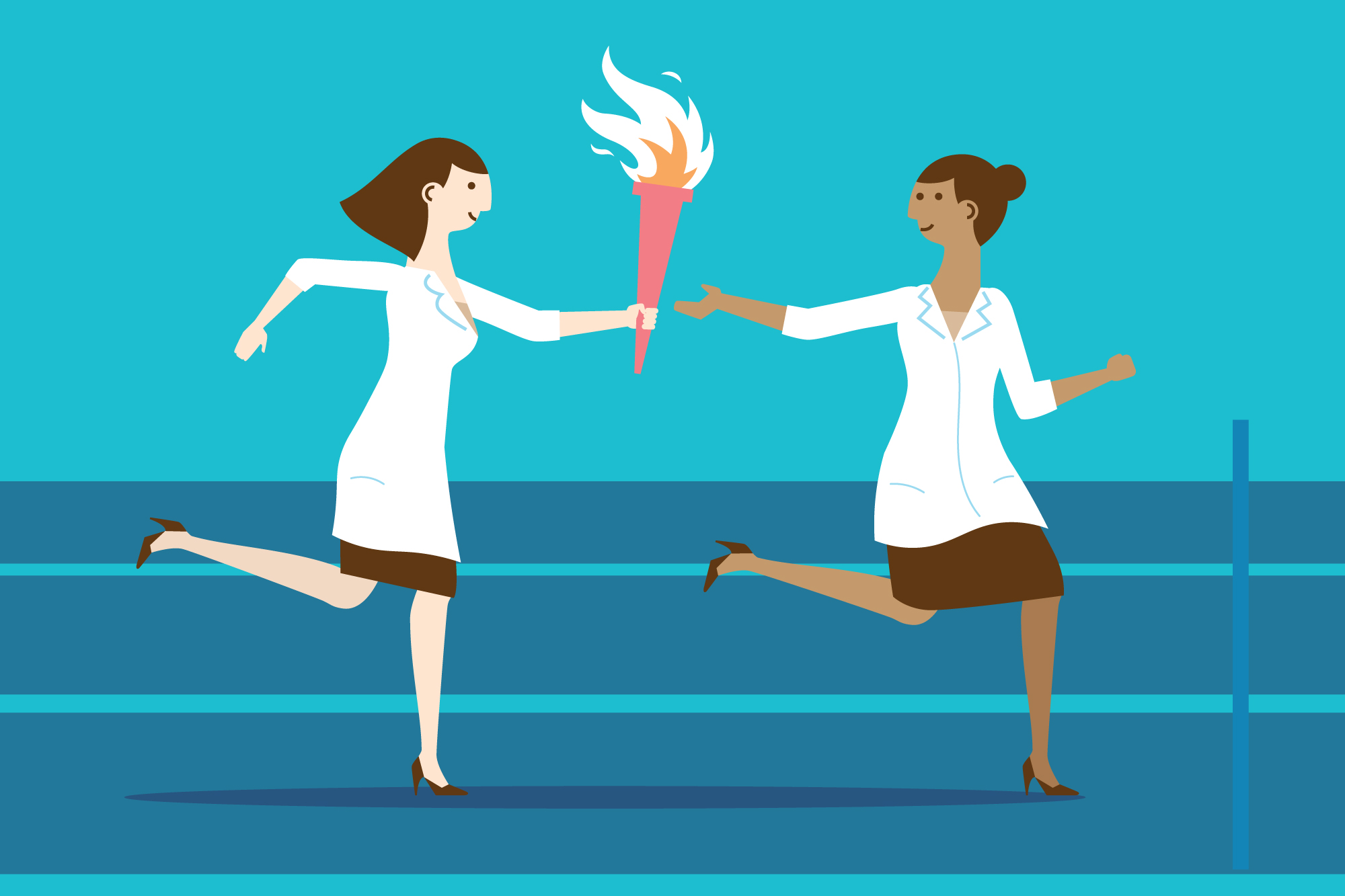 September is Women in Medicine Month and as the month draws to an end I have been wondering what it means to be women in medicine today. Over 20 years ago, my medical school class was one of the first with a near 50% ratio of male to female students. Currently, most medical schools are indeed comprised of half women. Additionally, women make up over half of many subspecialties, especially in female-driven areas, such as pediatrics and obstetrics and gynecology, and are making headway in many male dominated specialties, such as surgery, orthopedics, and urology.

Before I delve into what it is like to be a woman in medicine, I would like to acknowledge a few of the instrumental women who have paved the way. These are women who were trailblazers and lit our paths.

These women have barreled through and lit fires to pave the way for many of us.

Within my medical school class, many of us female students were married and many of us had children (infants or toddlers) running around us, both at home and in the library. We fought for equality and struggled with the demands of both medical school, and residency, and we further demanded both opportunities for work and requested means to have an ample home life with our kids and families. We have become as resilient as many of my patients and we have come a long way, but there is still work to be done and we have a ways to go to truly be considered equal in our field.

Today, as a female physician, my current employer pays all physicians that are employed by our group equally, regardless of gender. This, unfortunately, is still not true with all employers, and there are still significant disparities found for women physicians despite equal training and workload. We still need to pave inroads to leadership roles and there are still double standards for women when we ask for maternity leave or time away from work for family. Often times, these make us seem less employable or more difficult to work with, and employers feel this would put more burdens on the remaining group. Moreover, these are often times seen as rationalization of their decision to not hire women of childbearing age.

I can most definitely recall some inappropriate questions made of me when I was applying for medical school. I had just had my son and was still nursing him throughout the interview season. I chose not to eat lunch with the fellow interviewees as I needed to feed/pump for my son who came with me to the interview, and who was being watched by my mother in our car in the parking lot. It was noted that I had been absent for the lunch. The interviewer following the lunch, admonished me during his interview stating that, in medicine, I would not be allowed to just leave to care for my child and that I should rethink my desire to become a physician. He also demanded to know how I planned to care for my children while in medical school.

Needless to say, despite my answers, he was bullish and not considerate of my situation with my husband on an active deployment. I had been the most excited about this particular medical school interview. However, I left feeling defeated and disturbed by this specific medical interview because this had been my top choice of schools to attend, as it was the closest to my family. Thankfully, I had several other interviews that were more positive and accommodating, and I delightedly chose a medical school that was better fitted for me and my family.

Working with residents as an attending physician in the emergency room over the years, I still see the struggles that women in medicine face. Many of them are the same challenges and uncertainties that were present 20 years ago — the questions of whether they should change their names when they marry, the dilemma in their choice of specialty to achieve the perfect balance of work and family, the question of when to have children as well as when to marry.

These problems are universal for all women in the workforce, but also, they are so unique to the practice of medicine. Being able to balance time at work and at home often becomes the defining juncture between specialties. Both of my grown children are pursuing the medical field, and both claim to not want to specialize in emergency medicine. I am certain that my nights, weekends, and holidays away working in the ED have definitely impacted their choices.

As my daughter begins to navigate her way to residency, the specialty she chooses has been somewhat determined by my past choices. Yet, I hope, more than anything, she pursues her passion; after all, medicine is a calling and the limitations are hopefully only placed by ourselves.

Many who have come before us have broken the chains and we will, as women, continue to pioneer our way into the history books by becoming leaders in our own right. There are leaders such as Dr. Elisabeth Nabel and Dr. Patricia Gabow who have been named to a list of the 10 most powerful women in health care by Healthcare Business & Technology. There are other physician female leaders of social media, like Dr. Sasha Shillcutt who started Style MD: a physician social media group that instills positivity with a flair for style as well as a yearly conference for women physicians to gather and become Brave Enough. In addition, there is Dr. K. Kay Moody with her media influence on emergency medicine physicians and her development of a wellness retreat to combat physician burnout.

These women have taken control and empowered women physicians to be more, and they have developed tribes for us to feel part of. Our path is now lit and we are still making strides to be better, to do better and to lead the way to better health for ourselves and our patients.

Dr. Maria Perez-Johnson is a board certified pediatrician who has worked on numerous committees at various institutions to focus on the health of the children of South Texas. She is currently teaching at Baylor College of Medicine through the Pediatric Residency Program at Children’s Hospital Santa Rosa. She spends her free time traveling with her family and taking walks with her bulldog, Zeus.

Read Ocular Surface Squamous Neoplasia: Should I Excise or Do Something Else?

Ocular Surface Squamous Neoplasia: Should I Excise or Do Something Else?

Nov 28, 2017 Link to Ocular Surface Squamous Neoplasia: Should I Excise or Do Something Else?

Read Do Physicians Have a Right to Be Forgotten?

Read The First Time I Feared for My Life Taught Me How to Live
Link to Ni-Cheng Liang, MD's page

Jul 9, 2019 Link to The First Time I Feared for My Life Taught Me How to Live