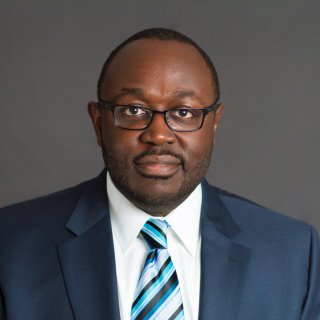 Berry Pierre, DO MPH, ACOI • Internal Medicine
May 4, 2018
Op-Med is a collection of original articles contributed by Doximity members.

I remember leaving the interview just happy that I even got the opportunity to be considered for a job that I always knew I wanted. Honestly, I didn’t think I would even get that chance ’til l was further along in my career because most of the program directors I knew of were a lot older than me. I sat across the CEO of the hospital, the president of the local ACO, and other hospital administrators, and I stated my case on how I was the right person for the job. I left the interview confident but still assuming that my age would be the deal breaker.

I remember as an internal medicine resident telling my friends and colleagues that I had aspirations to become a program director of a residency program. Medical education had always been a passion of mine, and the thought of being able to lead a group of medical students and residents into their career fields always peaked my interests

I remember when I got the phone call telling me that the job was mine. I was in such disbelief that I didn’t tell anyone of my friends and family members for weeks. It went from disbelief to shock as it hit me that I would be making one of the biggest changes in my career, and it came at a time where I was already planning to go in a different direction with my job. Out of residency I took a job with a hospital working in their outpatient clinic but was getting to the point where I was ready to strike out on my own. I was ready to become the next best community physician in Palm Beach County when the opportunity to take up this academic position stopped me in my tracks. It was an opportunity that I could not pass up.

I knew I was in store for some changes. The most obvious was that I was going back into hospital medicine and leaving the clinic. It was easily the toughest part of the decision I had to make, as I really LOVE outpatient medicine. But, I accepted because of the dream of becoming a program director. While I was working in the outpatient clinic I would see my patients in the hospital, so the clinical aspect wasn’t the issue; it was more of the fact that I would lose the patient continuity that I built as a community physician.

One of the biggest changes I experienced over the first year was being the youngest person in the room in meetings. The sheer number of meetings itself was something I had to get adjusted to, as well. When I was an outpatient doctor we would meet on a monthly basis. But, as an academic physician, I was put in so many different committees that I was almost surprised when I didn’t have a meeting on my schedule. I wasn’t just a fly on the wall either, so having to earn respect and trust was priority number one.

As a community medicine physician, there wasn’t much pressure to be up to date with EVERY single latest medical advancement and journal article. But, now that I am dead center in this academic environment, I find myself reading up on everything. I know that if I don’t, my residents won’t either. Being in charge of career planning is another interesting position to be in for a young physician. But, I found I actually was able to bring some great insight to career planning because I had just completed residency less than five years prior.

My first day on the job was interesting to say the least. As I was introduced to the faculty/residents/hospital staff, I found an elephant in the room. Who was this young kid who would be taking over a position from someone (former program director) who they had grown to love over their short time there? The hospital had posted flyers around the hospital with my picture, and it was even funnier to me seeing this young kid in charge of the brand new teaching faculty coming in.

I spent the early part of my tenure having to earn the trust of both the incoming residents as well as the current senior residents. I would love to say that it was easy, but imagine convincing 30 year olds that someone who is also in their thirties is experienced enough to lead them to become a better physician. Fortunately, my actions spoke louder than my words, and the noticeable changes under my helm was enough to sway their opinion

With administration and faculty, I couldn’t rely on the wait-and-see approach; I had to establish early that I wasn’t here just to follow directions but to lead the program to bigger and better things. So, I established different protocols, which raised standards across the board with great success. It was evident pretty quickly that I would be a force to reckon with, and doing so helped establish a respect level that makes my job much easier to perform.

After having almost a year under my belt, I can honestly say that I was much more prepared for the position than even I could gave myself credit for. I was very fortunate to have people like Dr. Robert Hasty and Dr. David Stern, who not only served as great attendings but also great mentors in the path of academic medicine. I get asked quite often if I plan on ever going back to being a community doctor. The answer is a definitive yes, because my dreams of being the best community doctor in my neighborhood is still alive. But, I have learned to bring a much more academic mindset to the job, which I probably would never have if I wasn’t blessed with the opportunity.