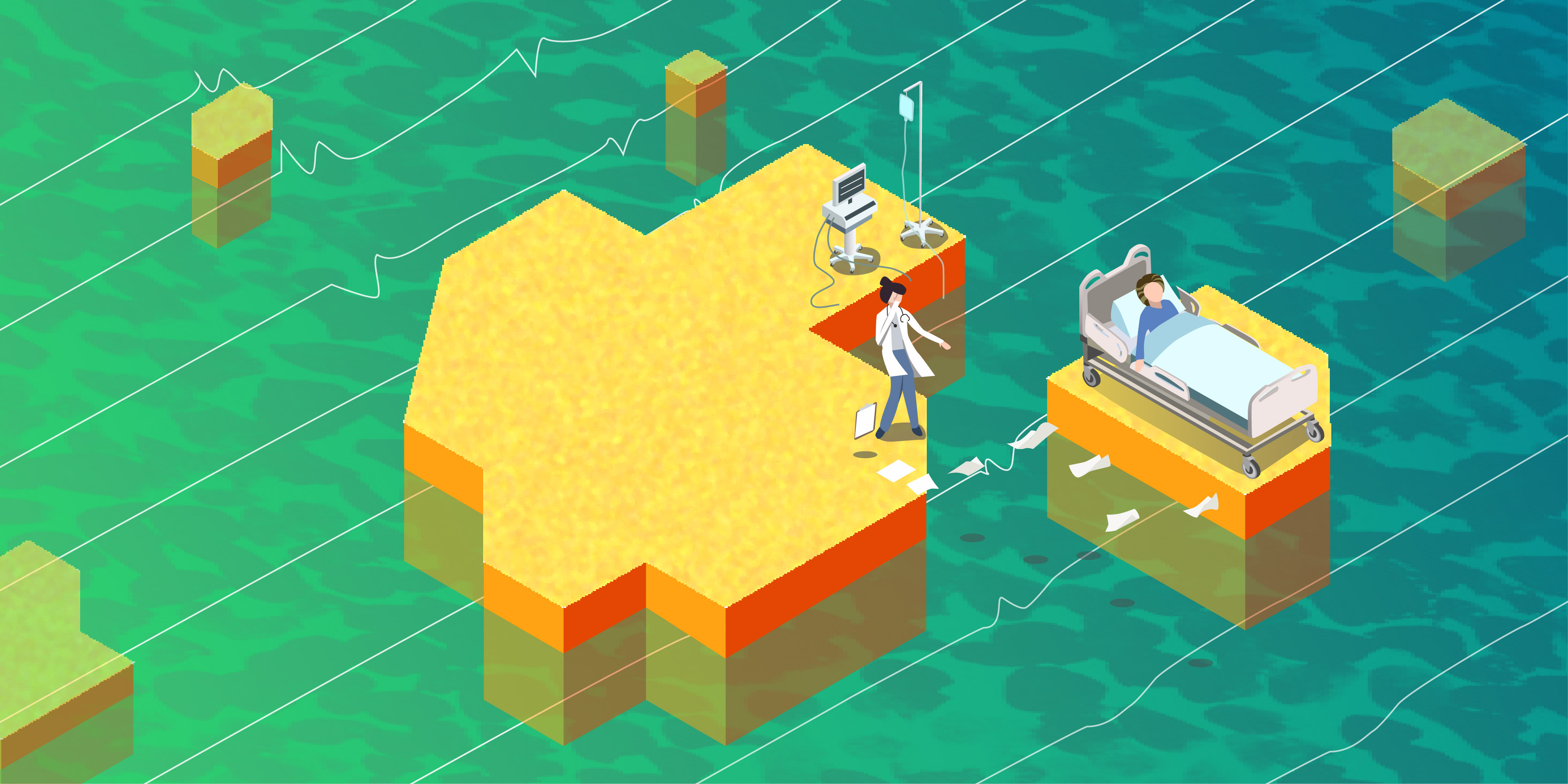 My senior resident stormed down the hospital corridor toward me. As soon as she was several feet away, she yelled: “You killed your patient!”

I looked at her in astonishment. “What are you talking about?” My heart rate was rapidly accelerating.

“Mrs. S, the woman with lung cancer. You put down the wrong code status in the computer!” Furious with me, she walked briskly away and I was left standing in shock in a silent and empty hallway.

This was just the beginning of one of the most traumatic experiences of my physician training. I had just started my internal medicine rotation as an intern, several short months after graduating from medical school. I had admitted Mrs. S the evening before and though I barely remember the conversation we had regarding her code status, I do remember her telling me this: “When it’s time for me to go, let me go.” Mrs. S had stage 4 lung cancer and we admitted her for treatment of severe pneumonia. I put the orders in the computer and continued to see and admit other sick patients.

At 7 p.m. I stood in line to give my verbal report to the intern who would cover all of the ward patients overnight. We had a sign-out sheet that told the intern the basics about all of our patients. For Mrs. S, I told the intern: “She’s stable, getting IV fluids and antibiotics. Oh, and by the way, she’s DNR/DNI.” I then went home to try to catch up on sleep, which was in short supply during residency training.

Early the following morning, the bleary-eyed intern, who managed the overnight emergencies by himself, gave me his report. He ran through my list of patients quickly, briefly mentioning that Mrs. S died.

“Yeah, she went into a-fib with RVR, didn’t respond to IV labetalol, got hypoxic, and then died pretty fast.”

“Did you talk to her family?” I asked.

“Yes, when I knew she wasn’t going to make it, I called them and told them we were doing everything we could to make her comfortable.”

To make her comfortable.

When our attending arrived and learned of Mrs. S’s death, he just looked at me in silence. In addition to feeling so awful that this woman had died, by herself, without her family present, I felt an immense amount of shame. How could I have gotten this wrong? The case was immediately brought to the attention of the risk department, and the review was led by a pulmonologist. He was so kind in his comments to me after reviewing the case. He told me that I didn’t kill the patient; in his opinion, her oncologist had. She was receiving some late-stage chemotherapy treatment that required her to take high-dose steroids, which left her immunocompromised, leading to her pneumonia. He also told me that even if her a-fib had been controlled, her respiratory status would likely have deteriorated and she didn’t want intubation. “It was her time,” the pulmonologist told me.

I wasn’t comforted by his words. Between seeing patients that day I went to the intern room and sobbed. I had killed a patient. My senior resident was right. I was not fit to be a physician. I should just give up. The self-degradation went on and on, the shame continued to suffocate me, and I was terrified I would soon make another fatal mistake. The next day the senior resident who had confronted me sat me down to give me a patronizing lecture on the difference between comfort measures only and DNR/DNI. She expressed neither sympathy nor empathy toward me. Because I had failed, she had failed, and she was going to punish me.

Gradually, after many months had passed, I was able to look back and think more logically about all the things that allowed this mistake to occur. In medical school, we learned about the swiss cheese model of errors, borrowed from the aviation industry, wherein multiple small mistakes (or “holes”) can eventually line up to allow one bad outcome to slip through.

Yes, I obviously lacked knowledge, and I was fatigued from overwork. But there were other holes: my senior resident didn’t double-check my orders. Isn’t that standard protocol when supervising a brand new intern? If the patient was really comfort measures only, then why was she getting IV antibiotics and fluids? Why didn’t the nursing staff question this inconsistency? Why didn’t the intern call his senior resident for assistance when she went into a-fib? And why hadn’t the oncologist had an honest discussion with Mrs. S about the realistic prognosis for her advanced lung cancer?

I have leveraged this transformative experience to improve my discussions about code status with my patients. I have also told every single medical student or resident I have worked with over the last 10 years about my first mistake. I do this because physicians don’t talk about their mistakes — either to their patients or to their colleagues. I do it because making mistakes is part of being human and even though we are highly trained with the best intentions, sometimes the holes line up. Sometimes, mistakes are made, and patients suffer. I share my story because I am no longer ashamed.

Dr. Brooke is a physical medicine and rehabilitation physician. She works at Renown Rehabilitation Hospital in Reno Nevada where she is the Stroke Program Director. Dr. Brooke was a latecomer to medicine; her undergraduate degree was in English Literature and she had a previous career as a massage therapist and small business owner.