My First HPI as a Psychiatry Student 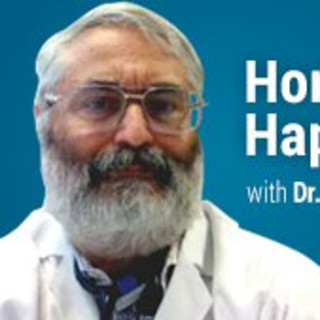 Richard Plotzker, MD • Endrocrinology
May 28, 2019
Op-Med is a collection of original articles contributed by Doximity members. Psychiatry has always had its uniqueness among the medical specialties. Patients often arrive quite disabled. Treatments have evolved considerably but parity with the other specialties has been elusive. Nowhere else do we have locked wards and mandatory participation in group therapy irrespective of one’s diagnosis. Treatments have their toxicities from lithium endocrinopathies to extrapyramidal gaits, though probably not quite as hazardous as infusing insulin into somebody until the glucose plummets low enough when neuroglycopenic cognitive alterations appear and they babble about their mother. At least it reverses quickly, leaving them less depressed sometimes.

As a student of the mid-1970s doing a third-year clerkship, the treatment of psychiatric disorders was in transition from exploration of one’s id while lying on a couch, to the more enduring medical interventions that were first beginning to enable restoration of long-term function. This progress brought an ultimate result of emptying the many state facilities and VA psychiatric centers which housed those shell-shocked in World War I, 50 years earlier, or schizophrenics whose distorted reasoning could be brought under control for the first time in decades.

Psychiatry classes began in the second year in two forms. One, the Freudian theories which turned out useful when we got to Pediatrics and found ourselves taking care of toddlers in the Oral Phase. More generic, though, was the dominance of the psychiatric faculty in the classes that taught us the History part of the H&P. If anything, these folks listened to patients for extended times, interrupting or confronting rarely. They were the physicians with rabbit ears who always wanted to hear more, willing to run the words through a mental sieve, letting the verbal clutter pass through while retaining the enlightening.

My experience with stream-of-consciousness history took place as a third-year student assigned to the University psychiatric unit adjacent to the main hospital, an unlocked collection of bipolar patients shaking every hand in the hallway, a few with major depression on substantial tricyclics, and an overabundance of people with neuroses, the type that people adapt to well themselves but drive everyone else in their household to distraction. The patient assignments latched me onto one of these ladies, a very nice 40-something woman, well-groomed, appreciative of attention, who would talk to anyone who would listen. Her psychiatrist, an affable fellow in mid-career, felt her revelations of her inner mind were too restrictive. Our required “Textbook of Psychiatry” had a chapter on chemically inducing exploration of the subconscious with thiopental, now notorious as one of the drugs in an execution infusion, but a long history of use as a truth serum, anesthesiology staple and sedative. The Psychiatrist wanted disclosure of her inner mind, inviting me to watch this procedure and serve as transcriptionist so he could question her comments without pausing to write.

She relaxed on her bed, IV inserted with a judicious push of the barbiturate, just enough to bring forth the mental twilight, a trace of dysarthria, but coherent paragraphs of speech. A lot of paragraphs of speech. “Tell me about your life” from the Psychiatrist got her onto verbal autopilot which proceeded for another 45 minutes. I did not have the experience to distinguish rambling from history but the Psychiatrist did not appear imposed upon, maybe redirecting the conversation away from her childhood pets toward a divorce and a remarriage and inevitable interpersonal conflicts, eventually reaching self-conflicts. As he asked the questions, her awareness remained sufficient to offer answers appropriate to what she had been asked, though much longer. Using a ballpoint pen and loose-leaf paper held together by a clipboard, I took notes. By the time a med student has stared straight ahead through lectures in pharmacology, physiology, and neurosciences, we get mighty proficient at accurately transferring what we are being told onto lined paper that we will have to review many times before asked to regurgitate it accurately on an exam a month later. It’s a skill that the attending Psychiatrist no longer had (mine has since atrophied) but intensely useful to him to capture the contemporaneous pharmacologically uninhibited thoughts of his patient for review and eventual inclusion in her medical record for posterity.

I did not disappoint. My virtual transcription which would become an addendum to the HPI accumulated 17 sides of loose-leaf paper, by far the longest HPI I have ever written. Later that night, I moved from mindless scribe to a blend of amateur editor and fledgling doctor, organizing what was unfocused and lengthy into categories that a reader could digest and capture the thoughts that the barbiturate might have unmasked. The Psychiatrist reviewed the still considerable manuscript, altered my writing with a lot less red pen than my high school teachers and college professors did, and inserted it into the chart, my signature MS3, his signature MD. For the first time, I felt really trusted by a physician who I had grown to admire.

We fast forward 40 plus years, from medical student to recently retired physician. Ironically, scribes are back in a few forms. We have busy, imposed upon, physicians with excess patients whose need to type in the Electronic Records distracts them from hearing the full details from the patient. The doctor talks, then examines. A relatively untrained individual, rarely a medical student, clicks the different symptom boxes and types in a few sentences. It’s never an opus magnum. More to my own liking has been the electronic transcriptionist, voice recognition systems that allow me to talk and electronic wizardry creates sentences that remain forever once the e-signature of approval appears. Yet these are the doctors’ words, not those of the patient. And they are to some extent inhibited by functioning higher CNS processing that creates a usually welcome barrier between what our patients convey to us far more selectively than the psychiatric patients of another era under truth serum. That modality of Psychiatry has gone to the medical history book, and will probably never be missed.

Dr. Plotzker is an endocrinologist, about six months into retirement, adapting well. He entered fellowship after eight years as a hospitalist in the days when only the VA had hospitalists and has had a career of mostly direct patient care.