My Attending Labeled Me Incompetent, but I Saved a Life

Anonymous
Nov 21, 2019
Op-Med is a collection of original articles contributed by Doximity members. 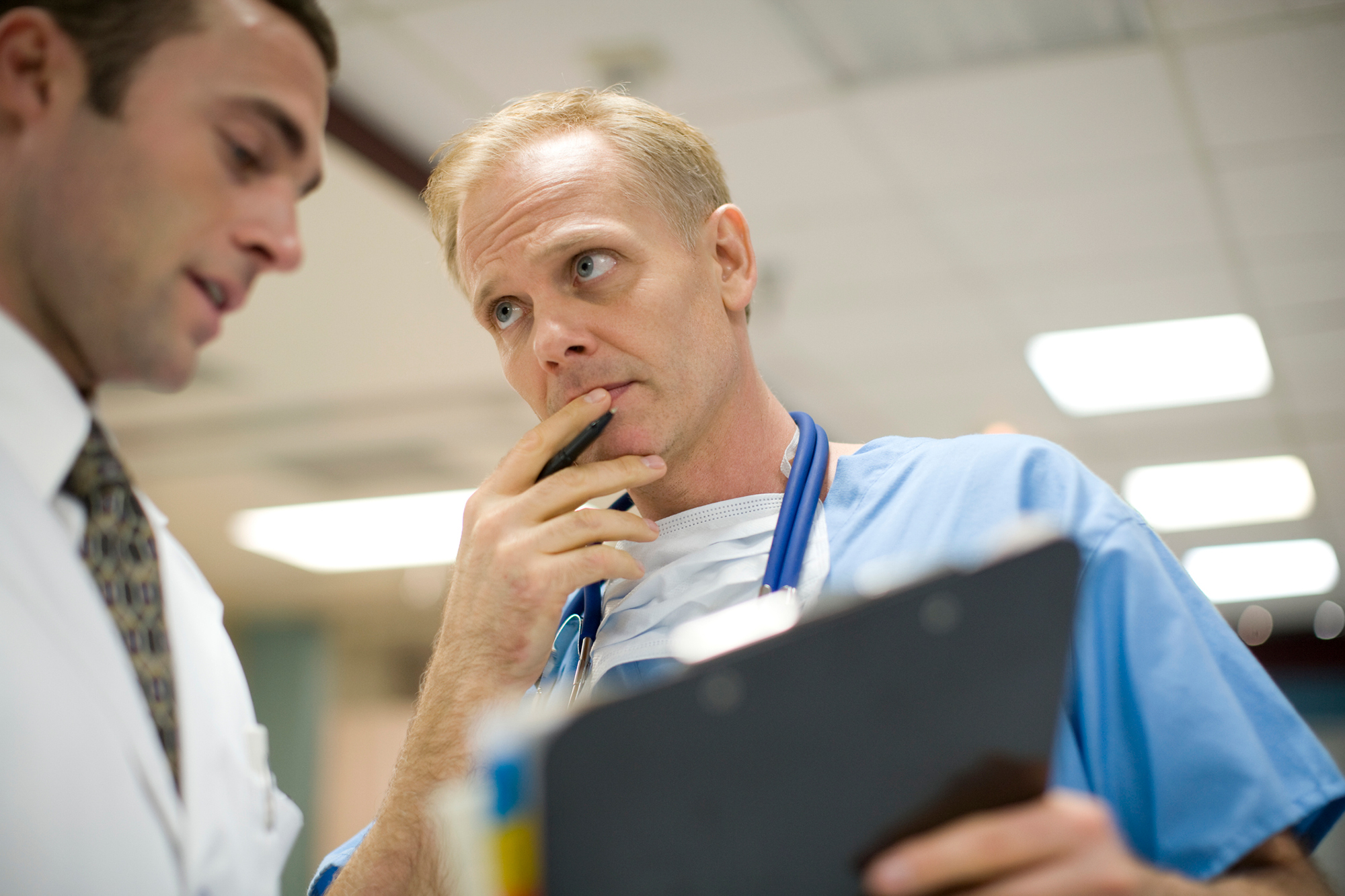 “I think I’m going to flunk you.” That was the new attending’s verdict after just one hospital round with him. In the not-so-benevolent world of medical training, this was a first.

“On what grounds?” I challenged.

Clearly, he had not expected pushback. Initially, at a loss, he finally blurted, “You’re incompetent! Your presentations, a med student does better.”

“Why didn’t you redirect me or offer suggestions?” I asked.

He had no reply except to mutter again that he might flunk me. Once again, I wondered if being a nontraditional resident — older, as in middle-aged — had led to some sort of age discrimination, as if being chronologically older somehow imbued advanced medical skills. But other attendings were happy with my work. Was he just having a bad day?

Under that unexpected sword of Damocles, I had to soldier on at the county hospital, the base for my program’s inpatient service. Many patients were very sick with multiple comorbidities, had poor follow-up, and frequently bounced back. In short, this was the common patient profile at many residency programs.

My 20-something senior reminded me to shorten my admission notes.

“But those are often wrong in the last note,” I replied.

He rolled his eyes for the umpteenth time as he said, “It should only take 10-15 minutes to do an admission. Be faster.”

What if I miss something important? I worried to myself. Save the patient or my internship?﻿﻿﻿﻿﻿

Behind the curtain lay a healthy-appearing young man surrounded by friends, everyone having a good time. Normal weight, looked fit. His mother sat quietly nearby.

The chest pain had started a few hours ago, substernal, didn’t radiate. When it didn’t go away, and worsened, his mother insisted he go to the ER. He thought it was just indigestion. No meds for GERD or anything else.

Why had his mother been so insistent he come to the ER? She said, “His father died young of a heart attack.”

“Thirty-nine,” his mother replied, a shadow crossing her face. I felt a chill; my father had died of a heart attack at 39.

He was healthy, no colds recently. Didn’t smoke or drink. Denied illegal drugs. The nitro patch helped but he was still uncomfortable. Chest X-ray, EKG, and labs came back normal. Troponins had been ordered. When I pushed on his chest, it made the pain worse.

My 10 minutes were already over. I was delayed further as the cath team arrived. Having already read the ER note, they barely wanted any additional information from me. One of them pushed hard on the patient’s chest while looking straight at me. “See,” she said, “The chest pain is reproducible. It’s not cardiac.”

I tried to interject the significant family history. But she continued, “If the first troponin is negative, discharge him. It’s GERD or costochondritis.”

I said I wanted him admitted for a cardiac rule-out and all three troponin runs.

“The chest pain is reproducible with palpation! It’s not cardiac!” she huffed.

The cath team left the hospital. Oh, right, I forgot — I’m incompetent. No doubt this would get back to the attending threatening to flunk me. I finished my note, prepped the discharge, went on to other patients and the never-ending intern scut. My senior saw the troponin result first.

“Troponin’s negative; send him home. ER says he wants to leave,” he said.

I reminded him of the patient’s family history, mentioning the literature shows cardiac issues don’t always show up on the first or even the second troponin.

I returned to the ER, finding my patient alone, his entourage departed. His mother had left for work. He looked tired but was happy to hear the test was negative. I noted he had received more nitro.

“Still having chest pain?” I asked.

“Some,” he admitted. “Can I go home now since the test was negative?”

Medicine is an art not just a science. Sometimes, I think, since I started this journey later in life, I embrace the art more than a younger physician might. My “gut” was telling me to not discharge him even though I had almost no medical reason to keep him. How was I going to justify to the attending and team why I was keeping him? Citing “gut” feelings at morning report was obviously out. Discharging him was easier, but I just couldn’t do it.

As persuasively as I could, I explained, “These tests are more accurate if we do all three. I’d really prefer you stay for at least one more especially since you’re still having chest pain. Your mother made me promise I’d get you thoroughly checked out. Besides, it’s 2 a.m., it’ll be around 8 a.m. when we get the next result. If that one’s negative, you’d still have time to get to work.”

He hesitated. I held my breath; after all, he was of the age where he was invincible.

I ran to complete my scut before morning report. The second troponin wouldn’t result until I was off shift, so I asked the day crew to look for it. And I made sure they knew I’d prepped his discharge.

Everything happened after I left. It was a nurse, not my team, who told me what had transpired. The second troponin had come in sky-high so the cath team had to be paged for an emergency cath. He was rushed to the cath lab where not one, not two, but three stents were placed in his left anterior descending artery (the widow-maker). He did great.

The nurse smiled at me, the incompetent intern, and said, “Good thing you got that second troponin.”

Oh, and the attending at the beginning of my story — he flunked me.

The author is a board-certified family medicine physician who is currently employed as an urgent care physician for a large metro hospital employer/physician group in Ohio.