Medicine Isn't Free Even When It Is Unsuccessful 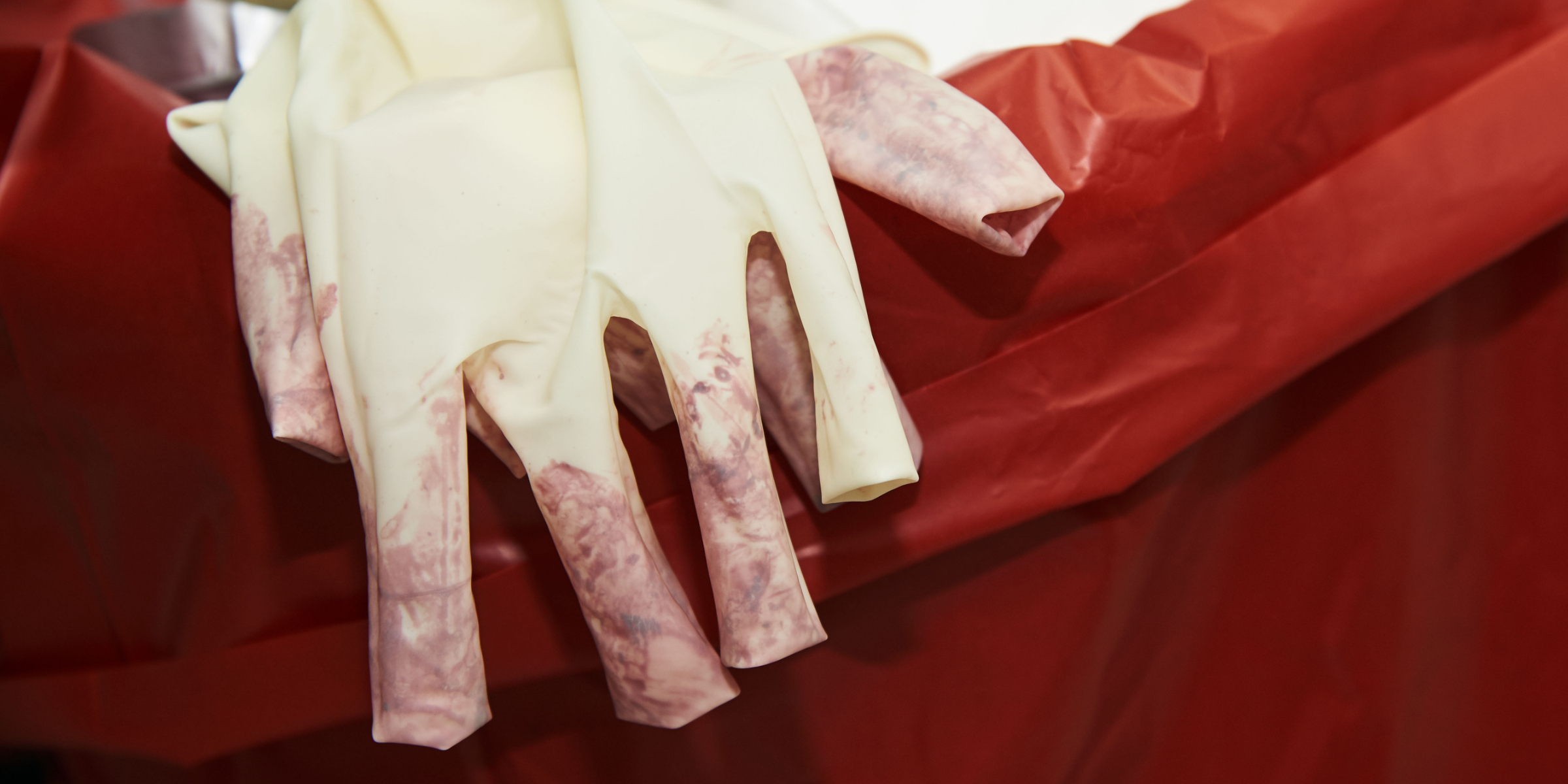 ﻿﻿﻿The smell of blood — earthy, metallic, pungent — was everywhere. It clung like mist in the artificially cool air. From the edges of the room, it seeped out of empty bags lying on red biohazard plastic. Although my hair was tucked into a scrub hat, I wanted to wash it, to wash the sticky red smell out.

Glancing down, I saw that my shoes were spattered with the ooze, as if some of the red I had been hanging up and squeezing down all night were nothing more than a splash of an exuberant artist’s medium as he wielded his crimson brush up and down. Making beauty.

But we weren’t making. We were salvaging — salvaging red blood cells, salvaging the life of the man in front of us. He was the typical patient and I don’t remember anything distinctive about him — not his age, race, nor his airway. I don’t even remember his bloodtype, even after 30-some bags of packed red blood cells, all the corresponding units of fresh frozen plasma, and six packs of platelets later. He was an obese, diabetic, hypertensive, chronically renal insufficient smoker. And last night, his beleaguered abdominal aorta, long buttressed up with a slick stretch of Gore-Tex graft, had eroded into his colon. Now, he pumped most of his cardiac output through the distal end of his GI tract. The air around him was a fetid mix of iron and feces.

As the sun began its carmine climb over the horizon, we were in the 11th hour of shoring up the wreckage of this late, middle-age-ish man. Scrub techs slapped instruments into the bloodied, emptied hands of surgeons, fellows, and residents. Circulating nurses opened coolers and snatched out more crimson cargo to be checked. A procession of anesthesia techs hustled out arterial blood gas syringes and muscled in cell-savers and rapid infusers.

Ages ago, I poked holes into the man’s blood vessels and inserted catheters that translated the tide of his vigor into brightly-colored sine waves that now flowed, ebbed across the screen. I squeezed bags into him. Emptied bags coming out from him. I turned dials lower.

Snapping the tops off of glass vials, I squirted magic potions into liters of fluids hanging from high poles. From those orbs, narrow tubing wound down into pumps that pushed the life-sustaining liquid into the arms of the man as if he was gripping a handful of streamers hanging down from happy helium balloons — as if he was celebrating another birthday.

Sometime after dawn, the room quieted. The alarm machines settled into an even beeping rhythm, and the techs stopped running. Circulators ceased shouting at the blood bank. Even the macabre game of Twister — stopcocks and drugs on one side of the drape and instruments and orifices on the other — concluded, and both attendings left to speak with the family, to promise them that they would see the man upstairs in the ICU.

But in that rancid room, we knew no one had won this morning. I peered over my side of the blue sheet. Everything else was cracked, red-brown, and reeking. The fellow, left to sew up the gash, looked up with weary eyes and couldn’t ask his question. But I answered, “He’s on every drip known to man, and I still have to push whole sticks of epi to keep his pressure up. Transport’s gonna kill him.”

“Sepsis will get him anyway,” he said.

I nodded, packing drugs I needed for transport into an emesis basin. The dressing went on. The drape went down. But as we moved the man over, the rhythmic beep of his pulse ox changed into a disorganized composition with no discernible time signature. I stared at the travel monitor at his feet. There was no organization on the EKG either.

“V-fib,” I said flatly, and looked to the fellow.

“We’re not shocking him,” he said. I nearly cried with relief until he added, “Just get him upstairs so the family can see him.”

“There’s no way he’s gonna be alive,” I said, watching the squiggles of the EKG. Suddenly, there was no line at all. The fellow silently pushed the monitor’s power switch. Comprehending, I unlocked the stretcher. When we rolled into the ICU, I whispered to the nurse, “Don’t hook him up. He’s gone.”

Back downstairs, I heard the phrase “heroic effort” said by those who hadn’t been there. But I felt sick. The man had presented moribund. His medical record indicated that no organ system was healthy enough to endure such an extreme intervention. His entire blood volume had been replaced several times at a nauseating monetary expense. And regarding the potential cost to other patients—to actual lives that could be saved with those units of blood — I felt an oppressive weight of guilt.

Surgeons patched holes because they could, and anesthesiologists gave medicines because we could. But did we do our best for the man, for the man that we knew probably wouldn’t live, and, if he lived, wouldn’t live well?

We knew that if he survived the night, he probably wouldn’t survive the myriad of other threats awaiting him. Did we consider the financial implications of our intervention? Even if he had insurance that covered everything, had we been good stewards of our collective resources? If he had suboptimal or no insurance, had we considered that his medical bills would cripple his family for years whether he lived or died? Because medicine isn’t free, even when it’s unsuccessful.

And what of the emotional cost? The hours the family sat in the cloroxed waiting room praying? Wouldn’t it have been better to say goodbye to the semi-conscious, whole man as opposed to the carved, bloated, dead one?

I cleaned up my corner of that putrid OR, appalled and aware for the first time that medicine has discovered and innovated itself into a monstrous dilemma.

Just because we can do something, doesn’t mean that we should.

Meredith Miller enjoys practicing anesthesiology in beautiful Savannah, Georgia where she resides with her fabulous family and ridiculous pets. She fills her days pursuing personal growth, the education of her children, practicing the piano, cultivating fine arts skills, and watching college football.