Medicine Is Full of Unfinished Stories. This Is How I Find Endings

The patient, Ivy, had already been in the ED for more than 24 hours before I saw her. She had presented with a headache that had worsened over the past few weeks, accompanied by several mild fevers. In the ED she had been evaluated by neurology; she’d had a lumbar puncture (LP) and an interventional radiology consult (to perform the LP). Now she was back in her room, final disposition pending the results of the LP. Until then, nothing to do, the resident told me during signout.

Sign-outs are a mainstay in residency but even more so in EM, where patients are evaluated over a 9–10-hour shift and then handed off to the incoming team. From a narrative standpoint, these transitions can feel unfulfilling: it’s like watching a suspenseful movie and turning off the TV and going to bed 10 minutes from the end. Similarly, receiving a sign-out is akin to starting a movie close to the climax, and being responsible for ensuring that it unfolds correctly.

When I greeted Ivy, she was watching home improvement shows on the television. We exchanged pleasantries about the show, which was a favorite of my wife’s. We bonded over our mutual appreciation for “My Lottery Dream Home.” Ivy was elderly, gray hair, amber eyes. She was comfortable with the uncertainty of her situation. She felt much better after the LP, her headache was practically gone now. I gave her a quick update and left the room to see patients of my own. Periodically throughout my shift, though, I would stop by her room, see what was new on the channel, reassess her headache. It wasn’t just for her — it was a mental check-in for me, too, a brief respite from the frenetic shift.

Halfway into shift, the patient’s cerebrospinal fluid findings came back with an elevated WBC, raising concerns for meningitis. Neuro paged me back. “Start on Acyclovir, Broad spectrum ABX, send off for fungal labs.”

I updated the patient. “We are concerned you may have an infection,” I said. I proceeded to draw a brain, then a spinal cord, with a ballpoint pen on her bedsheets. “We want to start you on antibiotics.”

An hour later I received another update: “Cryptococcus positive. Please consult ID for Antifungals.” I spoke with infectious disease, who provided the recommended dose for flucytosine and amphotericin B, potent medications with numerous adverse effects. I updated the patient — more listening, more drawing on sheets — and left the room.

At the end of my shift, the RN notified me that the patient needed a second IV to run her antifungals, and she’d already had three unsuccessful attempts, requiring ultrasound guidance. I cringed. I had attempted ultrasound-IV guidance in the ED without success several times over the past few weeks. My fingers trembling, I readied the ultrasound at Ivy’s bedside, set up my screen on her right side, flattened her arm, positioned the TV so she could continue to watch and be distracted. “While I’m putting this IV in, tell me what’s going on in the episode,” I said. “Give me updates. Narrate to me.” As I concentrated, she told me which home the on-screen couple sold. As I aligned a vessel in the center of my screen and inspected it with color Doppler and compression to confirm it was a vein, she informed me which tile the couple was using to renovate the bathroom. When I inserted the needle, she told me the couple on the screen had, in a plot twist, unexpectedly opted for the second house, the one by the lake, the safer choice. “Uh huh,” I said, making small adjustments. Finally, I saw the needle in the vessel, followed along, and guided the needle in.

After 15 minutes, it was finally done.

When I stopped by Ivy’s room at the end of my shift, she had already been admitted upstairs.

In a traditional story arc, there’s something called the denouement, the final resolution of a dramatic or narrative plot, or “closure.” Our specialty, more than others, is usually deprived of a denouement. We’re supposed to move forward without, from one story to the next, juggling each medical emergency and each patient’s personal plotline. People have suggested ways to circumvent this reality: follow up on the patient’s charts, call the patient, find closure for yourself. But the truth is, we don’t know the endings to our stories — or we are thrust into the rising action with little backstory. In our encounters, we must create our own denouements.

My time in medicine has taught me this much: after you’ve signed out the patient, even if you don’t know their medical trajectory or outcome, it’s important to find your own points of closure. Your own loops to close. We can all find ways to cope. For some of us, we call our patients after they’ve left the hospital, or visit them upstairs on the floor. Others reflect, think of what was reciprocated, not just what we did for the patient, but what they did for us.

In the weeks after my time with Ivy, I received more sign-outs and sent some of my own, often with patient outcomes teetering on the brink. An anticipated CT scan that ultimately returned negative; the pitting grief when an intubated patient expired shortly after transitioning to the ICU. But I grounded myself from what I had learned, finding my own denouement. Sometimes, it’s the little things that stick with us the most. With Ivy, I focused on getting the IV — but my denouement came after that. I’ve felt confident with every ultrasound-guided IV since.

How do you find closure in your clinical practice? Share your thoughts in the comments.

Andrew Park is an emergency medicine resident at Beth Israel Deaconess Medical Center. A newcomer to Boston’s coffee scene, he spends his free days in cramped corners journaling about his experiences in and out of the hospital. He hopes his writing will inspire resilience within himself, his colleagues, and his patients. Andrew is a 2020–2021 Doximity Op-Med Fellow.

Read “I Was Waiting for My Own Doctor.”

“I Was Waiting for My Own Doctor.” 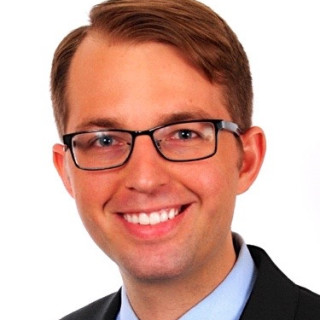 Words of Advice from an AANS “Top Gun” Neurosurgery Resident

May 7, 2018 Link to Words of Advice from an AANS “Top Gun” Neurosurgery Resident

Read Our Health Care 'System' Is Not Really a System

Our Health Care 'System' Is Not Really a System