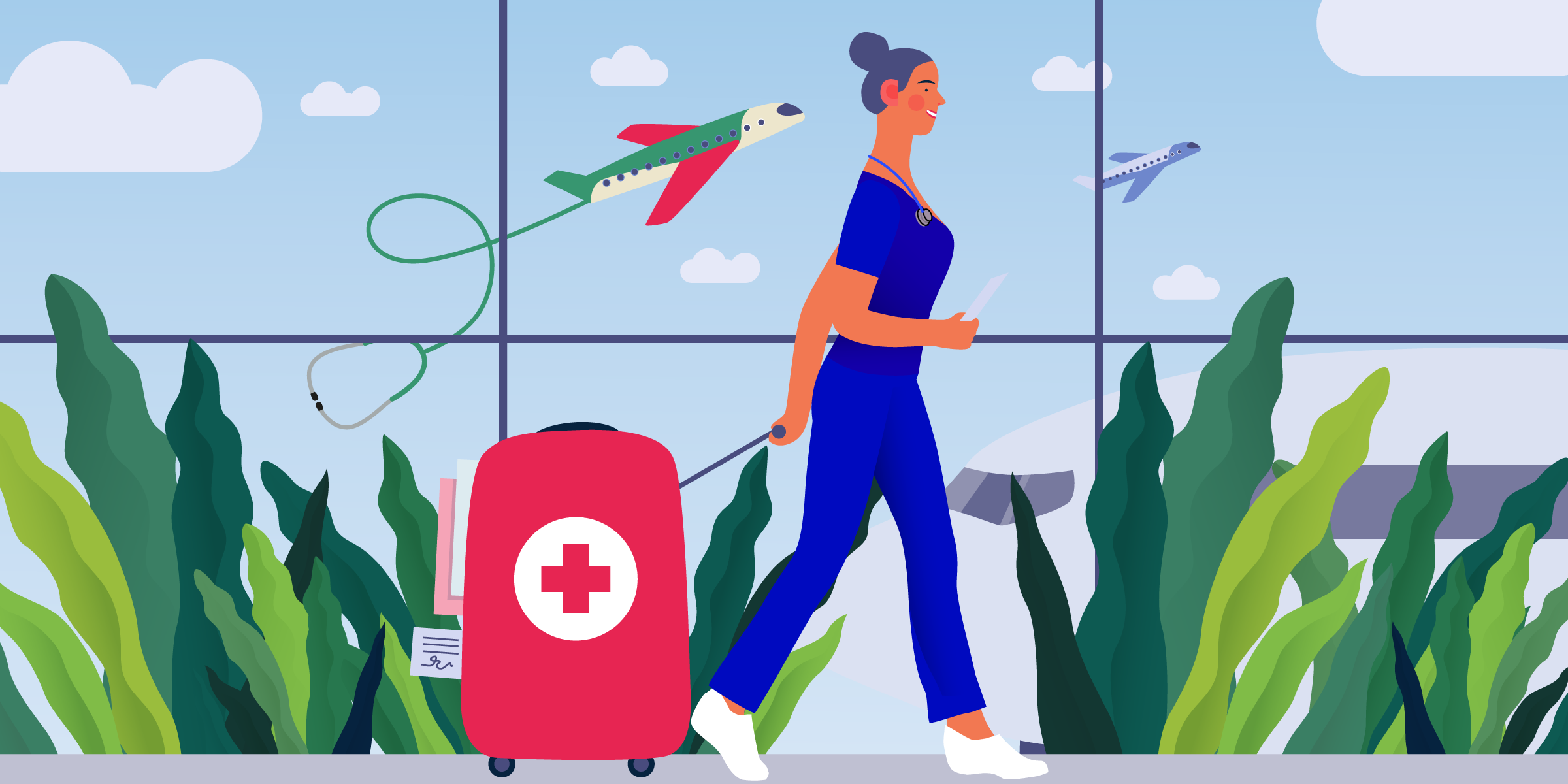 Clinicians have a fighting spirit — their jobs demand that they be proactive, independent, inquisitive, and constantly adapting to their environments. As such, they become resourceful and frequently develop strong leadership skills. This spirit and these skills — e.g., ability to make decisions and communicate effectively — sometimes propel them beyond national borders, and even beyond the boundaries of their training and education.

Doximity interviewed three APPs, two PAs and one NP who have worked on medical mission assignments around the globe. James Koch, PA has been going to Mexico twice a year to help set up a medical clinic. Nanette Laufik, PA has gone to several countries — including Afghanistan, Albania, Honduras, and Indonesia — and assisted in the domestic response to Hurricane Katrina. And Rebecca Owen, NP has served in hospitals and medical clinics in Ecuador, Columbia, Panama, and Nigeria.

Unlike practicing in the U.S., people in developing countries may be less familiar with APPs. “They don't have entities like NPs or PAs,” Nanette observed.

Additionally, how medicine is practiced is very different because there is limited equipment, labs, and testing available, so reliance on the physical exam is critical. “Actually, one of the things that [working in a developing country] does is, it forces you back to where you were trained, to where basically it's physical exam skills and actually interacting and touching a patient,” said James.

And patients can still be treated very effectively without technology. “[Technology] gives us great information, but it's not a substitute for listening to your patient and doing a good physical exam,” Rebecca said.

Culture also influences the way medicine is practiced and having an open mind is important. “You're going to hear things and see things that you would never think of in Western medicine, or [that are considered] very taboo in Western medicine, and maybe you don't completely agree,” Rebecca said. “But it's part of their culture. And so [it’s important to be] very respectful of that.” For example, in Nigeria, snails are used for wound/burn care. It’s a local remedy that prevents infection. “It's not something that I would obviously ever prescribe here. But knowing that's part of their culture and their way of dealing with that, I can't argue,” Rebecca said.

Language and culture can also be a barrier to communication when working in another country. “It's hard sometimes to translate the medical [jargon] into something that's understandable [when] dealing with a foreign language,” James said. He feels that those in developing countries are intimidated by people from America and noted that establishing rapport is crucial so that patients can feel comfortable in telling a visiting clinician what’s wrong. “[There’s] definitely a different way that you have to approach it when you're in a foreign country and trying to communicate,” James said.

Truly listening to the patients’ stories and understanding their priorities for the visit helps establish a connection. “I believe it allows you to be more effective” Rebecca stated. “[Instead of approaching patients with the mindset of:] ‘I have the knowledge and therefore you're going to do what I say,’ which is just not effective.”

“Anybody who goes on a mission gets very humbled,” Nanette reflected.

Working the front line both domestically and abroad has given these clinicians deeper insight into how medicine is practiced in the U.S. “We have it so easy … so many resources right at the tips of our fingers,” James said. Nanette agreed, ”When I went on medical missions, I realized that the pool of resources is very, very small and tight in a lot of places in the world.”

So, with limited resources abroad and so many resources in the U.S., how can we help? “Sometimes it may be better to donate to a really good company that mobilizes in-country than to [bring] planeloads of people down for a week,” Nanette offered. “Everybody wants to do good work and they know their heart's in the right place, but it may not be the best, most efficient use of money.”

Anyone interested in going on a medical mission trip should research the country in advance — not just the political or health care situation, but also the culture, people, and climate. “[Review] the organization you’re going with and their reason for going,” Nanette recommended. Be flexible and know that your role and responsibilities may change based upon the situation. “I think it requires people who have a lot of energy … [because] it’s also real tiring,” Nanette cautioned. Rebecca agreed. “Be open to the experience. It may not be comfortable and maybe completely different than what you [thought].”

“I encourage everybody to do it,” James said. “You make a difference. I mean, you legitimately can change someone's life trajectory when you're there. I mean it really can make a big difference. So that's amazing.”

These clinicians learned a lot about the U.S. health system via exposure to other countries’ health systems. “The anxiety that Americans have is real when it comes to health insurance,” Nanette said. While practicing in Australia, she observed that, by comparison, people were more relaxed and didn’t worry about whether insurance would cover their visits. Rebecca made a similar observation in Nigeria, where the national health care system is government-owned. Patients usually pay for everything up front before receiving services, but in the hospital Rebecca was in, the services were free. “It was kind of revolutionary for that area … and it really sparked an interest in population health and community health in general,” Rebecca said.

“Going to other countries and realizing that they're more patient centered than we are [in the U.S.] has opened me up to [thinking] the American medicine way of doing things is not necessarily the best way of doing things,” Rebecca stated.

James echoed her thoughts with, “It's really nice to be able to go … make people happy, or happier, listen, and [treat] people … [it] is pretty incredible.”

Nanette is often asked why she doesn’t just practice in the U.S. given that there can be a lot of need domestically. Her answer? “Yes we do [have a lot of need], but other countries don't have any safety net. Here, people can continue to access emergency care and needed care, whereas in other places, they don't have that at all.”

Have you gone on a medical mission trip? Share your experience in the comments!