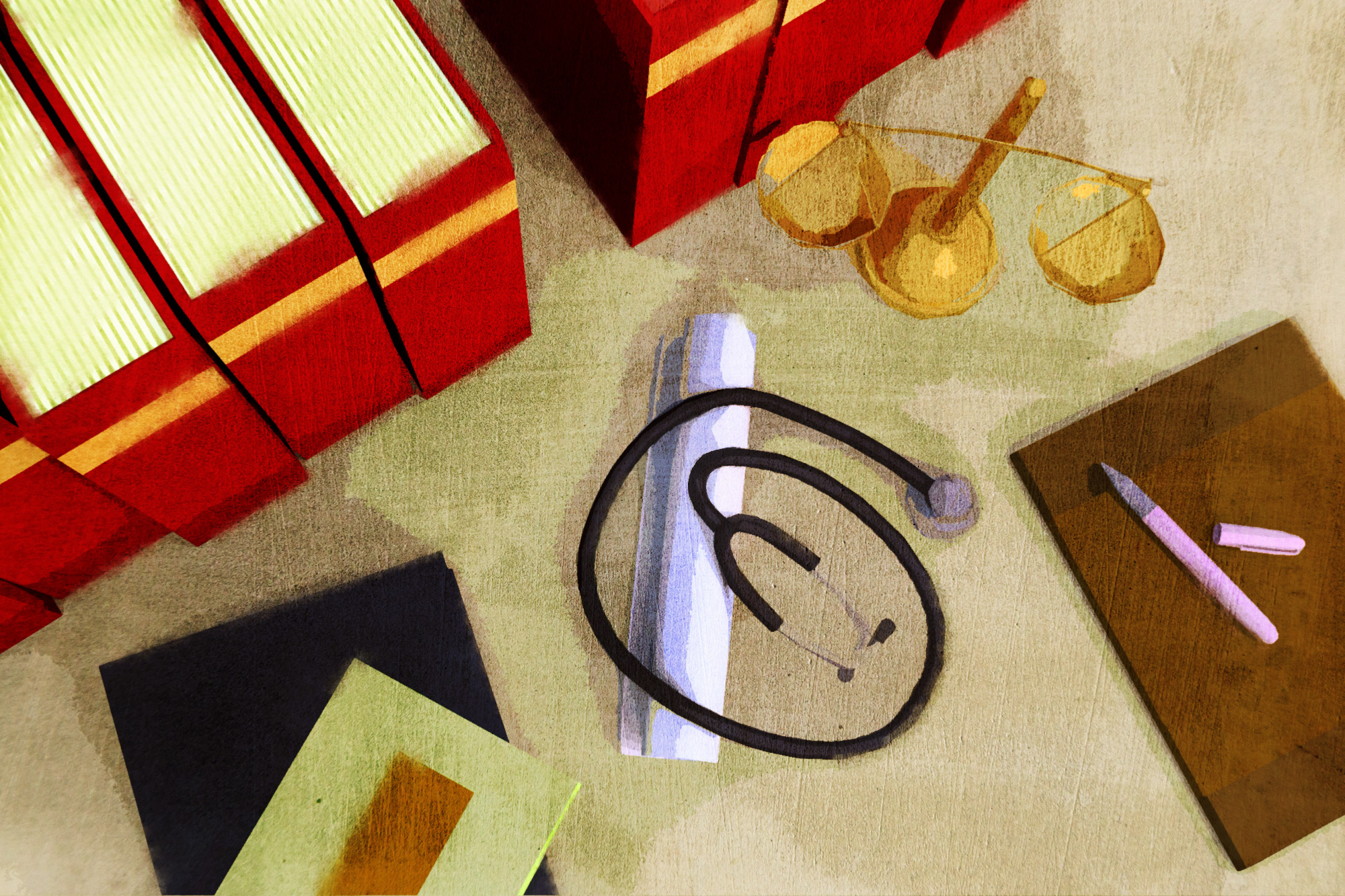 ﻿I was lying on the angiographic table with a catheter in my coronary artery when the nurse came in and announced, “Doctor, your lawyer just phoned and said the jury returned with a unanimous verdict — not guilty on all charges.” A lot of good that does me now, I thought through my fentanyl stupor.

During my decades as a neurosurgeon, I had been committed to following the Oslerian admonition to cultivate sound judgment so I could practice with firmness, courage, and equanimity without “hardening the human heart by which we live.” Yet I was completely unprepared for the orchestrated attack on my professionalism and deeply personal public denunciation of my character that I had experienced in the courtroom.

Nothing in my life had caused me more stress than the three-week trial, during which I spent three and a half grueling days on the witness stand. I had become convinced that a lay jury might not understand the essential facts of the case and would come back with a guilty verdict. And because I was being sued personally, I would be destroyed financially, and any legacy I may have earned helping others over my decades as a neurosurgeon would end with a tarnished stain.

Several years earlier, I had testified in defense of a surgical colleague being sued after a similar unsuccessful spinal operation. The stigma and stress he experienced caused him extreme anxiety, depression, fatigue, anger, and emotional exhaustion — all hallmarks of medical malpractice stress syndrome (MMSS). As he headed to the courthouse on the first day of his trial, that otherwise healthy physician — with no other risk factors — experienced a massive and fatal pulmonary embolus.

I immediately recalled his demise on the morning of my own jury deliberation when I experienced aching and pain in the area of my xyphoid and lower chest. Rather than go to the courtroom with my attorney, I went to our local emergency room. A slightly elevated troponin and a subsequent stress test resulted in my cardiac catheterization and the stenting of the nearly completely occluded coronary artery.

Vindicated in court and “stented,” I was desperate to recover both mentally and physically. Ten days later, however, while walking up a steep hill, I experienced non-radicular severe pain in my left gluteal area. After I returned home, I detected a loud bruit over my left femoral artery, ordered an MRA the next day, and discovered a large obstructive clot, which also had to be stented.

Could severe MMSS have caused the catastrophic vascular complications both my colleague and I experienced? The most potent biological stress occurs when a stressor is uncontrollable (as in a courtroom) and has the potential for social or reputational consequences (as a guilty verdict would). Such acute mental stress manifested by anger, anxiety, and depression are well-recognized triggering factors for acute coronary syndrome.

In addition, prolonged periods of inactive sitting in a courtroom, along with dehydration and lack of restorative sleep, can cause a prothrombotic milieu and trigger the onset of venous thromboembolism. These stress-induced hemostatic changes are believed responsible through activation of the sympathetic nervous system and the HPA system that result in impaired fibrinolysis and hyperactive platelets. Numerous studies confirm that emotional stressors have a direct effect on the biomarkers of coagulation and support the connection of enhanced coagulation due to MMSS.

Physicians facing litigation should consider baseline physical examination and diagnostic tests, including an electrocardiogram and blood analyses, and should also consider taking aspirin or other platelet inhibitors. They should stay as physically active as possible; practice mindfulness, meditation, or prayer to relieve psychological stress; and make the most of their social network by clearly communicating their need for support.

If any readers are aware of physicians who have experienced similar vascular complications associated with MMSS, I would welcome the opportunity to collate the information (in an anonymous fashion) to raise more awareness for our colleagues.