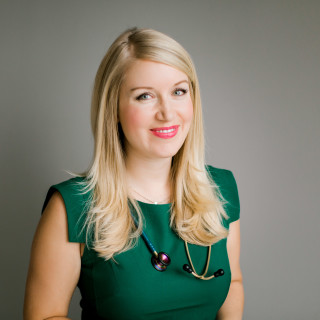 In the wake of Parkland, we all find ourselves evaluating our own experiences with guns — for many physicians, those consist primarily of patients we have cared for. For pediatric doctors in particular, the stories are haunting and horrifying.

Recently on Twitter, physicians were asked to share their stories about gun violence. As I read through the responses, I first thought “thank goodness I don’t see many of these patients.” And then I contributed a story I remembered. And another one. And two more. They kept resurfacing, roiling up without conscious willing, like flashbacks. I realized I had blocked many of them out of my aware mind, because, really, taking care of children who have been shot is the worst kind of pediatric medicine, the kind that goes against everything we stand for — protecting children, keeping them safe, avoiding preventable tragedy, violence against the vulnerable, defending against toxic stress and adverse childhood experiences. A litany of thoughts followed: “I don’t even work in a trauma center.” “I don’t even see adults.” “I’ve only been doing this 10 years… so many kids.” “If I have this many stories, how many do ER docs and trauma surgeons have?”

No matter what your politics or personal beliefs, we are deluding ourselves if we don’t acknowledge that gun violence is a public health emergency in our country. It is a sinister beast that takes many forms — accidental injuries, intimate partner violence, suicide, murder, mass shootings, school shootings. Some of these we will never be able to avoid completely. But the magnitude of the deaths that seem most avoidable are just that — preventable events over which we as a people can have some control.

I am not a gun owner, and my opinion is that the risk in owning a gun would far, far outweigh any benefit. But I also wholeheartedly recognize that that is a personal opinion, for my own home only, and that others are entitled to feel differently. And here’s the thing, my point in publicly advocating for the safety of children is not to take away anyone’s right to make that decision for themselves. I’ll say it very plainly — I don’t want to take away your guns. Here’s what I do want:

But mostly, I want what every parent in this country wants for their own children — I want them to not only feel safe but to be safe. I don’t want bulletproof backpacks marketed to parents of elementary-schoolers to be a thing. I want kids to know that adults in the United States are doing absolutely everything we can to control the epidemic of firearm violence so that they, and their families, are not 25 times more likely to be killed by a gun than citizens of any other high-income country. Making our country safer for our children is not a partisan issue — it is our duty. #ENOUGH