Letting Go of the Pediatric Patient I Loved 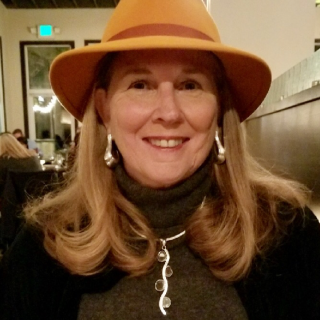 Jamie* was a beautiful blue-eyed, waifish five-year-old. I was a third year pediatric resident at North Carolina Baptist/Wake Forest. I had helped take care of Jamie since I was an intern, when she was first diagnosed with AML (Acute Myeloid Leukemia). She had had so many admissions, for chemotherapy, for fever with neutropenia, for blood transfusions. She and I had known each other well for three years.

There was a time when she first came in that she felt good enough to go to the playroom, and to ride a tricycle around the pediatric unit. She learned to hold still for daily blood draws, fixing her gaze on me and commanding, “Hurry slower!” meaning for me to be very careful and not hurt her any more than I had to. The first rounds of chemotherapy seemed to work and her family was optimistic. But those good times did not last.

I am a redhead, and Jamie was just like I imagined my future children would be, redheaded, spunky, feisty, and impish. I wondered if I would be as strong as her mom was, once I was a mom.

This was back when AML was a death sentence for children. She was in the third year of treatment, and things were not going well. In the spring of my third year of residency, Jamie and her family were no longer coming to the medical center for treatments. We had nothing left to offer. They retreated to their cozy home deep in the North Carolina mountains, where they could be close to family and Jamie could curl up with her beloved dogs. They called the cancer team every so often, to give updates, but they never consisted of good news.

We hadn’t heard from them in a while, so one day, Jose, an intern who also knew and loved Jamie, and I decided to go for a visit. This was before pediatric hospice existed in rural North Carolina; we thought they might need some help. We arrived at the tidy double wide trailer nestled in the woods at the end of a long dirt road. Her mom met us at the door, looking worried.

“I’m so glad you came.” She said, twisting her ring. “She’s not having a good day. She hurts too much for me to bathe her, or even hold her in my lap.”

We walked into the living room, and I almost gasped. There was Jamie, barely recognizable. She was propped up in her little kid-sized rocking chair, wrapped in blankets. She was bald, deeply jaundiced, had pipe-stem arms and legs, and her eyes were bulging with leukemic infiltrates. I was not sure she was conscious. She moaned if she was touched. Her mom and dad, uncles and grandparents were gathered around, silent, watching.

Jose and I knelt next to her and softly rubbed her arms. She moaned but otherwise was barely responsive. I pulled out a stethoscope, listened and realized she was bradycardic, and had Cheyne–Stokes respirations.

“Oh, Jose,” I whispered, “She is going to die while we are here!” We stared at each other, wide-eyed.

Now, I had not gotten through three years of pediatric training without having patients die. But this was different. This was someone I loved, someone I knew well. And there was no attending, no protocol, no back up, no code team, no chaplain. Just Jose and me. What would I say? What would I do? How would I get this family ready quickly for what was surely coming?

I asked Jamie’s mom for a glass of water and we walked into the kitchen together. “It’s not good, is it?” her mom asked. “You know, I haven’t been able to hold her for the last week. She just cries if I try to move her. I can’t get medicine in her. And she won’t eat or drink anything at all.”

I looked at her directly. “No, it’s not good. Her breathing and heart rate are awfully slow. That is usually a sign for us that she is going to die soon. I think it will happen today.”

Her mom nodded slowly. “Good. She is ready. None of us can take much more. I’ll call the preacher.”

The afternoon passed slowly. I listened to Jamie’s ragged breathing with one ear, while occupying the mom with talk while she picked out Jamie’s favorite warm fuzzy pajamas, and favorite stuffed dog. The men all went out to the yard to smoke and shift their weight uneasily back and forth.

The preacher finally came. Jamie died that afternoon, surrounded by family. Jose and I pulled out our stethoscopes, and confirmed that she was dead. Mom gave her a bath, murmuring, “Now I can hold her without hurting her,” and dressed her in her pajamas. Jamie was kissed and snuggled and passed from Dad to Uncle to Grandpa for last hugs. The preacher said prayers. Everyone (Jose and I included) cried.

That evening, as we were leaving, Mom said to me, “You are an answer to prayer. I knew this day was coming and the only thing I hadn’t figured out was who was going to pronounce her dead once she passed. I don’t know the county coroner, and I didn’t want some stranger pronouncing my baby. So I just asked God to figure it out and He did.”

What did I learn? I learned I can do something sad and hard if I have to. I learned that even though I felt like just a resident, not far from the bottom of the pecking order, I was exactly what that family needed that day. I learned to be direct with bad news and to keep it simple. I learned to be OK with silence and listening. And maybe I learned that there are no coincidences; I was right where I was supposed to be that day.

And for a long time after that, I kept the crayon drawing Jamie had made for me years ago, on my office wall, as a reminder that it is OK to love your patients, even if it leads to hurt. Because great love also leads to great joy.

Ann Beach is a pediatric hospitalist at Children’s Healthcare of Atlanta at Scottish Rite. She has been a practicing pediatrician for 36 years, as an office pediatrician, a hospital administrator, and for the last 20+ years a pediatric hospitalist. She has particular interest in Munchhausen’s by proxy, visual diagnosis, improv comedy, and history of medicine. Patient names have been changed for confidentiality.