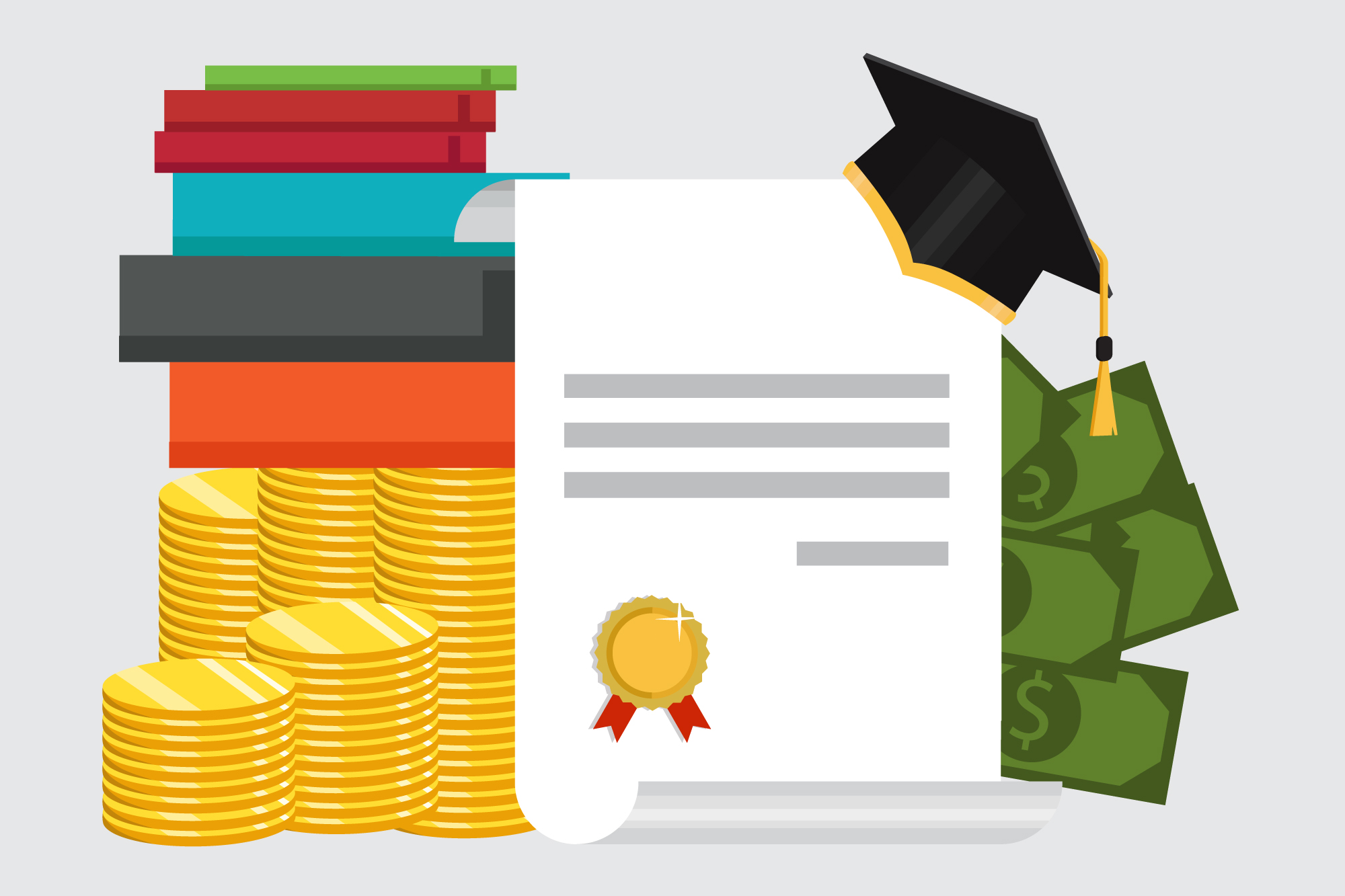 There is true student-debt bubble in the United States, with a collective debt of about $1.5 trillion, according to Forbes. (1) Like a bubble, student debt is expanding at an exponential rate. In the first quarter of 2008, a little more than a decade ago, the amount of outstanding student loan debt stood at $619 billion, which means student loan debt is only a few billion dollars away from tripling over the past decade. College graduates have a mean debt of $28,000, while medical school graduates average debt of $180,000. The pervasiveness is astounding, with 44 million borrowers, 11 percent of whom are currently in default. Due to the fact that the cost to attend a university has risen eight times faster than wages, repayment of loans is becoming more improbable. Based on data from the Department of Education, The Brookings Institution estimates that by 2023, 40 percent of borrowers will be in default. Debt carried by medical students is potentially even a bigger problem. With “Medicare for All” looming on the horizon, future physician salaries based on Medicare levels of reimbursement can be expected to drop precipitously, making loan repayment almost impossible. Obviously, the personal and national consequences of such a massive default would be horrific.

Clearly the rise in student debt has paralleled the rise in tuition. Tuition has risen faster than inflation for 40 years, with tuition inflation increasing about 2.5 times as fast as the Consumer Price Index.

Tuition inflation cannot reasonably be attributed to rising costs more than in any other economic sector. The one obvious drive of tuition are Federal Direct Subsidized Loans. A report from the New York Federal Reserve Bank estimated that Federal Loan programs generated a 60 cent on the dollar increase in tuition. This is the paradox of the student loan debt crisis: in an effort to develop an educated workforce, the Federal Government has actually made college less accessible by making it more expensive. This concept is supported by a study that compared tuition at colleges that were eligible for government loans with schools that were ineligible. Tuition at eligible institutions was 78 percent higher than at ineligible schools. (2) A less naive approach that recognizes market forces could be more successful. Clearly, more student loans result in higher tuition and more student debt. Rather than increasing grants and loans, the Federal Government should actually reduce student loan programs. This reduction in “demand” would be expected to pull prices (tuition) down, reducing the debt burden on student graduates.

Reducing student loans while maintaining accessibility can be done if the government can affect a reduction in prices (tuition). This can be done using the same approach it employs in health care financing. Currently (and insanely), the Federal Government permits educational institutions to set their price, then provides guaranteed financing. Instead, just in the same way Medicare tells hospitals and physicians what it is willing to pay for a given service, the Federal Loan Programs should dictate to recipient universities what they see as reasonable charges for education. Imagine how much more out of control U.S. health expenditures would be if Medicare guaranteed any charge a hospital or physician submitted. That same enormous difference in cost can be realized in higher education. Just as hospitals and physicians have had to learn how to become cost-efficient, so will institutions of higher learning. This process will more evenly distribute the financial burden of education onto the schools and off the students.

A problem with this program is that there can only be one price for tuition, whether a student is receiving a loan or not. If schools could let their tuition be higher for students not receiving loans, the average cost would continue an upward spiral. Setting the tuition by the government is intrusive, but it is an example of the unintended consequences of tampering in a market (tuition) with subsidies (loans).

An alternative way to reduce student debt, which is currently being proposed as part of the 2020 Presidential campaign, is to make tuition free. While this ostensibly solves the problem, it is really just a shell game. The taxpayer becomes responsible for the cost rather than the student, and nothing is done to address the primary problem of runaway tuition inflation. Maintaining a loan program fosters access to education, but with cost control.

I attended a private university and medical school and was fortunate to graduate with very little debt.  I would like the current generation of physicians to be able to be in the same position, but that will never happen without reining in tuition. Besides the peace of mind of not being a debtor, little debt meant economic freedom to me. I could make decisions about family, home ownership, and employment without worrying about student loans. I didn’t need to make the “safe” choice of working for a large hospital, rather I was permitted to take some risk because I didn’t have the pressure of constant loan payments.  It is my sincerest hope that future physicians could also enjoy these freedoms.

Obviously, universities may hate this approach, but it is a fair way to reduce tuition and thus future student debt. It is quite unbelievable what a privileged position colleges and universities have had in our economy up until now. They are negligently damaging the financial viability of their graduates with excessive debt. Academic institutions need to become financially responsible for keeping tuition in line with the consumer price index. If universities are primarily concerned about their graduates, rather than their institutions, they will embrace these concepts.