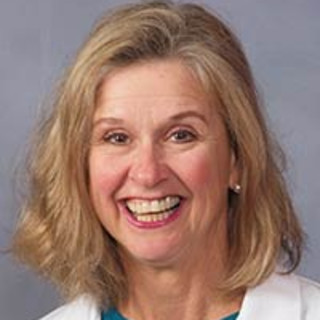 On October 8, 2018, I participated in a debate at CHEST, the annual meeting of the American College of Chest Physicians, now known as CHEST. CHEST is the leading source of clinical education for clinicians in Pulmonary, Critical Care, and Sleep Medicine, with more than 19,000 members globally. The topic of the debate was: Bypassing The Sleep Lab Completely Should Be The Standard (of care for patients with sleep apnea). I took the PRO side. Frankly, I am astonished and disappointed that we are still having these debates. Multiple well-done randomized clinical trials (Masa JF AJRCCM 2004, West SD Thorax 2006, Kuna S Am J Respir Crit Care Med 2011, Sanchez-Quiroga MA Am J Respir Crit Care Med 2018)

have demonstrated that important clinical outcomes for patients with suspected classic obstructive sleep apnea are equivalent whether they spend a night (or two) in the sleep center being diagnosed and titrated on CPAP or simply have a home sleep test (HST), then receive autotitrating (so called “smart” CPAP) for treatment. Costs are lower for those who bypass the laboratory, and subsequent adherence to CPAP is higher (for totally unknown reasons). Data loss with home testing tends to be slightly higher, but repeat HST or an in-lab study can usually achieve a diagnosis. As with every clinical standard, there are exceptions. For sleep apnea, the primary exception to bypassing the sleep lab using home testing and autoPAP is heart failure with central apnea. Based on randomized clinical trials, it is important to ascertain that PAP effectively treats apneas in individuals with heart failure, because there is increased mortality in people for whom it is ineffective. Other exclusions for the out-of-lab approach have been recommended by the American Academy of Sleep Medicine (neuromuscular disease, COPD), but there is no evidence in the literature to support excluding them from bypassing the lab.

Why is this debate so important? Because obstructive sleep apnea is prevalent (probably at least 10% of the US population) and becoming more so, since two primary risk factors are increasing age and increasing weight. Untreated sleep apnea is associated with many adverse events, including heart failure, hypertension, atrial fibrillation, stroke and death. But the fact that it is associated with motor vehicle crash makes it a risk for everyone who drives, and thus a public health problem. Effective CPAP treatment is associated with reduced risk of adverse outcome in sleep apnea. Abundant evidence demonstrates that a majority of people who have sleep apnea have not been diagnosed and treated. Major barriers to treatment are the delay, cost and inconvenience of in-laboratory sleep studies, and the shortage of board-certified sleep physicians. What is disappointing to me is that organizations representing sleep specialists still advocate both for in-laboratory sleep studies as the standard, and for involvement of sleep specialists in sleep study interpretation and patient care (This delays diagnosis and treatment, much as a narrow section of pipe in a pipeline does, since sleep specialists are few in number, and dwindling). Neither of these approaches is supported by the literature, and both of them represent major barriers to diagnosis and treatment of obstructive sleep apnea.

In our debate, the arguments on the CON side were that HST is less expensive for insurance companies but more expensive to providers (not a very patient-centered argument!), that HSTs can be inaccurate in the wrong hands (not sure who the “wrong hands” are, but I have seen plenty of errors by sleep specialists in study interpretation), and sleep specialists are better than PCPs or APPs at delivering care and wanting to do it (there is evidence in the literature to refute the notion that sleep specialists are better; data supports nurse-led care, in fact). The con side also included complaints about insurance company requirements for in lab studies, asking where the evidence to support them was. I would ask where the evidence is to support restricting the out-of-lab approach for anyone without central apnea or heart failure, as was advocated by my opponent.

For the rebuttal, I argued (since we agreed that some patients could skip the sleep lab completely, but didn’t agree on whom) that there are patients who can skip sleep testing altogether, given that CPAP is safe, cheap and reversible treatment. We have all seen those patients: typically (but not always) obese, sleepy, hypertensive, history of witnessed apneas, big neck, etc. Given the safety and efficacy of CPAP, do these people really need any kind of sleep testing? Why not just start CPAP and see how they do? Therapeutic trials are part of the practice of medicine, and there are plenty of precedents for this approach in pulmonary medicine in particular (inhaled bronchodilator for cough, for example). Published therapeutic trials demonstrate that use of CPAP is essentially diagnostic of sleep apnea (and safe, unless the patient has heart failure). I advocated for such therapeutic trials in high-risk patients. My opponent countered with data from a follow-up study showing that one patient who used CPAP had a “negative” sleep study. To my way of thinking, this simply validates the fallibility of sleep studies, and our inability to appropriately identify sleep apnea with testing at present.

The one thing I strongly agreed with from the CON side was that PCPs and APPs don’t want to manage sleep apnea. But I don’t blame them. We in the sleep community have shut them out, failed to educate them, excluded them from the part of the work where the revenue is highest (sleep study interpretation), and made the diagnosis of the prevalent, deadly condition of sleep apnea much too complicated. I suppose this missive is at least partly an apology and a plea to my PCP colleagues to please get involved in the management of sleep apnea in your patients. Effective treatment could improve important outcomes, like diabetes or blood pressure control, as well as your patients’ overall health and prognosis. Your involvement will help to make things more practical and expedient. And there simply aren’t enough sleep specialists around to do it all!