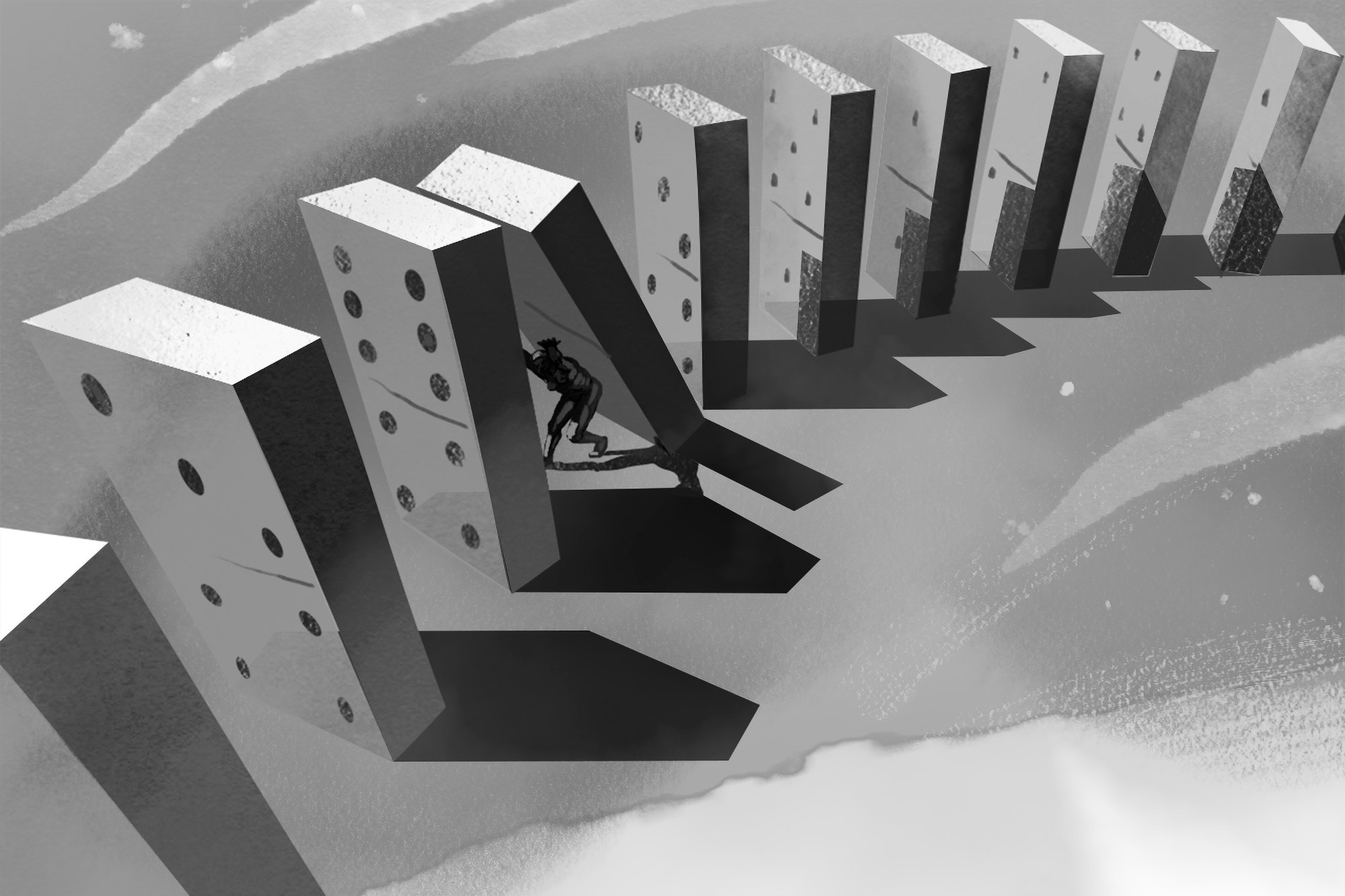 I pushed open the door with a huge smile on my face while my eyes searched the room for the chubby toddler that was my patient. One sweep across the roomful of siblings and my eyes stopped on the child crinkling the paper on the examination table. I could see the long, smooth scar poking out from beneath the hemline of her skirt.

She smiled and waved at me with a skinny, little arm. It had only been three months since I had seen her — not nearly enough time to lose all that toddler chubbiness. My mind rewound instantly, I had reviewed her scans the day before finding no signs of tumor recurrence.

I began to chat with her mother and father about her health and did a complete review of symptoms. I was searching for a sign — any sign that would tell me that I had missed a relapse to explain the obvious weight loss. Childhood cancer relapses can sometimes unexpectedly sneak up like that and I was inwardly panicking that this was the case.

After a complete review of symptoms and full physical exam, I was reassured that I had not missed anything. I paused and opened up her growth chart. There it was: the little, black dot staring back at me. It had plummeted off of a previously solid trajectory of expected weight gain for a child her age that we had maintained through months of grueling chemotherapy and surgery.

I treaded lightly and asked about how the family was doing since their daughter’s therapy had ended several months earlier. The mother reported that life was busy. The kids performed well in school, the father continued to make strides working at a plant, and she remained active in their church while raising the kids.

I began to discuss my patient’s diet and suggested ways to add healthy fats into meals. I paused when the mother’s breath caught a hitch at the mention of cheeses, avocado, and butter. I asked if she had concerns about those types of foods. She sighed and said, "Well, I can’t afford to buy those types of things and just let them go to waste if she won’t eat them. It has been a little tight since all of this happened."

My heart broke as I realized that the weight loss was in fact a sequela of childhood cancer. It was the downstream effect of the financial hardship that many of my families face. Money was tight, thus food was scarce.

Unfortunately, their story is not unique. Sometimes it’s the teenagers that tell me there is no food in the house. I hear about cars that get repossessed and I have difficulty connecting with families by telephone because their service was discontinued due to non-payment. For every obvious sign of financial toxicity I do see like these, I know there are four more that I don’t see. I am certain that every single one of my families feels the financial impact of childhood cancer on top of the already enormous emotional impact.

Even after the passage of the Affordable Care Act, two-thirds of bankruptcy filings cite medical bills as the major contributing factor that led to the filing. This is unsurprising in light of the Financial Security Index survey by Bankrate that reported that only 40% of Americans would cover an unexpected cost of $1,000 from savings and the remaining 60% would utilize other methods such as a credit card or personal loan to cover such a cost.

Unique to childhood cancer are the logistics of caring for a seriously ill minor. A child or teenager with cancer generally cannot attend school for at least the first six months of treatment, but often this period can be much longer. It is also not safe for them to stay alone even if they are older adolescents during treatment due to the rapidity in which life-threatening emergencies can arise. Therefore, at least one person in the family must stay with them at all times and often that means one parent must give up a job or take unpaid leave. This loss of income combined with the out-of-pocket expenses of co-insurance, deductibles, medications not covered by insurance, and extra incidentals such as gas, parking fees, and food while traveling to appointments are often too much for the average household to absorb.

Sadly, the financial hole that begins on the first day of diagnosis may last for several years and often throughout the patient’s lifetime. Surveys show that 60-90% of childhood cancer survivors develop one or more chronic health conditions related to their treatment and 20-80% experience severe or life-threatening complications during adulthood.

Through no fault of their own, these patients and their families may struggle indefinitely from a single diagnosis.

Wendy Allen-Rhoades, MD is a pediatric oncologist specializing in adolescents and young adults with sarcomas. No conflict of interest.

A Patient Made Me Hate the Color Yellow