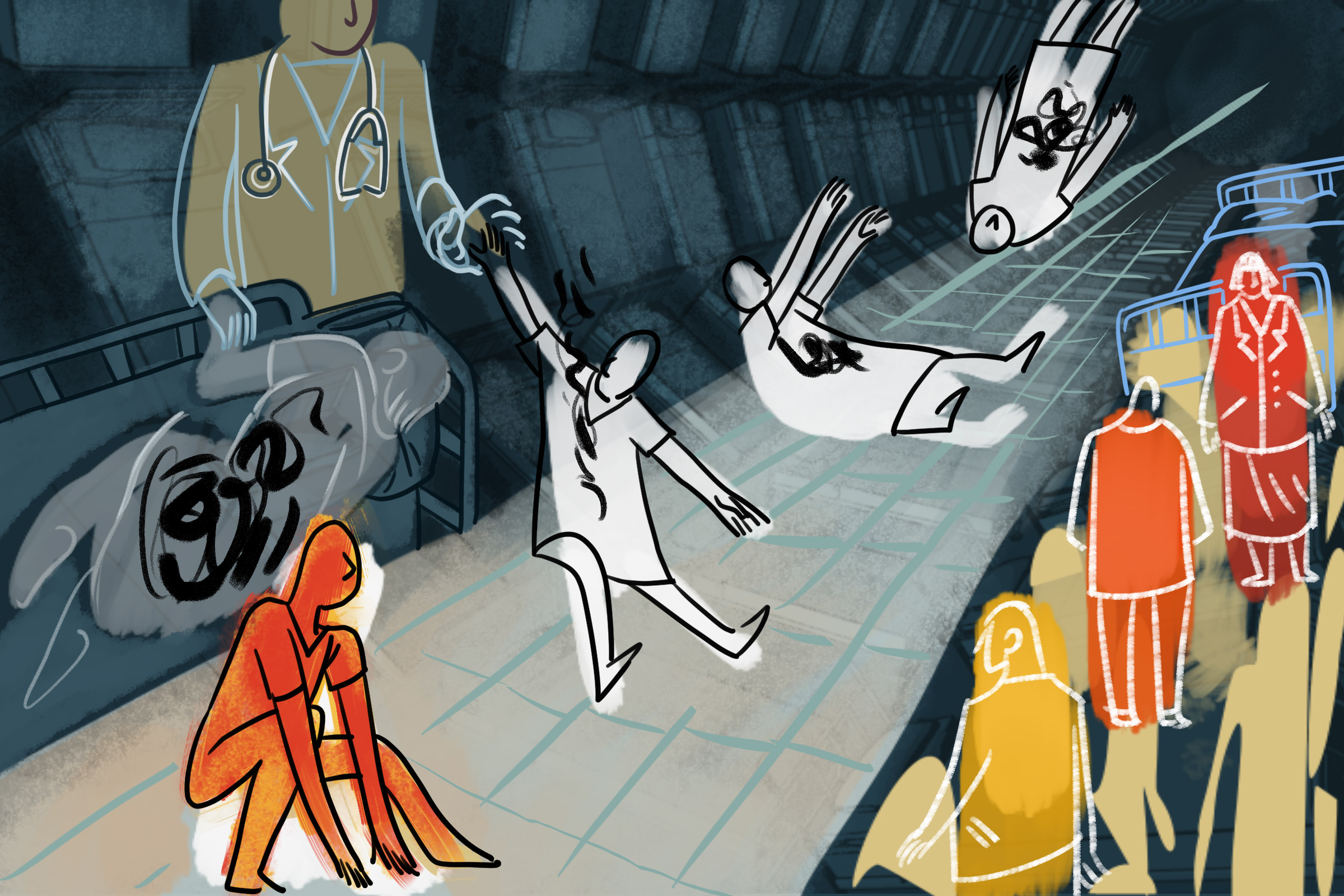 I was 25 years old when I had my last rites read and nearly died — for the first time. As a third-year medical student, dreaming of becoming an oncologist in memory of my mother, I had never witnessed such a rapid decline in anyone’s health, let alone my own. After weeks in the ICU with multi-organ failure, I had finally been diagnosed with idiopathic multicentric Castleman disease (iMCD) and my doctors had started me on chemotherapy in a last-ditch effort to keep me alive. I’ve considered that day to be the start of my "overtime."

Fortunately, the chemo saved my life. Unfortunately, I would go on to have four life-threatening relapses over the next three years.

I would learn that iMCD is the deadliest subtype of Castleman disease, which is diagnosed in approximately 5,000 new patients in the U.S. each year — roughly the same number as ALS. Sitting at the intersection of lymphoma and autoimmunity, iMCD involves a hyperactivated immune system that shuts down vital organ function for no known reason. Approximately one-third of patients die within five years of diagnosis. There were no FDA-approved treatments, no diagnostic criteria, no treatment guidelines, and no coordinated research at the time. Unfortunately, iMCD is not alone in this. In fact, 95% of the 7,000 rare diseases that affect 30 million Americans do not have a single FDA-approved therapy.

Understandably, patients with diseases like mine often feel hopeless. But my journey from medical student to critically ill patient to physician-scientist-patient-advocate has taught me that there is reason to be hopeful, if we turn our desires for treatments and cures into action. I’ve learned that hope should not be a passive concept. Hope should inspire action. It’s a choice, and it can be a powerful force.

My hope was put to the test in 2012 when I relapsed on the only drug in development for iMCD and had just learned that there were no more leads. Between beeps from my IV pole as seven chemotherapies infused into my bloodstream, I promised my family that "I’m going to dedicate the rest of my life — however long that may be — to advancing treatments for this disease." I knew it was unlikely that I’d make progress in time to save my own life, but I wanted to go out swinging.

I returned to medical school on a mission. Partnering with my mentor Dr. Arthur Rubenstein and my doctor, Frits van Rhee, MD, PhD, we founded the Castleman Disease Collaborative Network (CDCN) to spearhead a novel approach for advancing research. Rather than raising money and hoping that the right research idea will be proposed by the right applicant with the right skillset at the right time, we built a community of more than 400 physicians, researchers, and patients, invited them to crowdsource the most important research ideas, and then recruited the best researchers. In parallel, I began conducting laboratory and clinical research into iMCD, mostly working on the samples that were easiest to access: my own.

It felt good to fight back. I even got engaged to my girlfriend Caitlin and graduated from medical school. I so badly wanted to make it to our wedding date of May 24, 2014.

Then, I relapsed again. Despite the weekly chemotherapy, I was back in the hospital with multiple organ failure and dying for the fifth time. Chemotherapy saved my life again, but I was running out of luck.

I needed to identify a drug that could prevent iMCD from coming back. My task became to pore over thousands of pages of my medical records and data from lab experiments I performed on my own samples to identify a signal or target for a drug. Something. Anything. I discovered that a key cellular communication line called mTOR was highly active. The best part about learning that mTOR was activated is that there is a safe and potent inhibitor of it called sirolimus, originally developed for kidney transplantation. It had never been used before for iMCD and there were no guarantees that it would work, but my doctors and I decided to try it.

Thanks to this drug, I made it to our wedding day, and Caitlin and I even had a daughter together one year ago. Today marks 69.77 months since my last relapse, about 9 times longer than my average remissions before starting sirolimus. The .77 is important. I’ve learned that I can’t round up – I may relapse tomorrow. But I also refuse to round down because my CDCN team and I have worked so hard for every day of remission for myself and other patients with iMCD.

The CDCN has spearheaded incredible progress including developing the first-ever diagnostic and treatment guidelines and generating insights into iMCD pathogenesis and treatment. I recently launched a clinical trial of sirolimus to investigate its efficacy in iMCD. Though a lot of work still remains for iMCD, my lab at the University of Pennsylvania is also investigating how our progress can be replicated. How many of the approximately 1,500 drugs already FDA-approved for at least one disease may be treatments or cures for many of the 7,000 other diseases with no approved treatments?

I learned so much about life and about living from nearly dying and fighting back. Lessons like how we are all in overtime, we need to turn hope into action, and in the midst of really tough times we should not just look for silver linings, we should create silver linings. I’ve written a book called CHASING MY CURE: A Doctor's Race to Turn Hope into Action, which came out last month, to share my journey as well as these lessons and others with the world so that you don’t have to go through what I have to learn them. I hope this book will be another silver lining that comes from my journey.

David Fajgenbaum, MD, MBA, MSc is the author of CHASING MY CURE: A Doctor's Race to Turn Hope into Action, co-founder and executive director of the Castleman Disease Collaborative Network (CDCN), and Assistant Professor of Medicine at the University of Pennsylvania, where he is one of the youngest individuals to be appointed to the faculty.