I Survived Assault, Accidents, and Debilitating Injuries to Become a Doctor 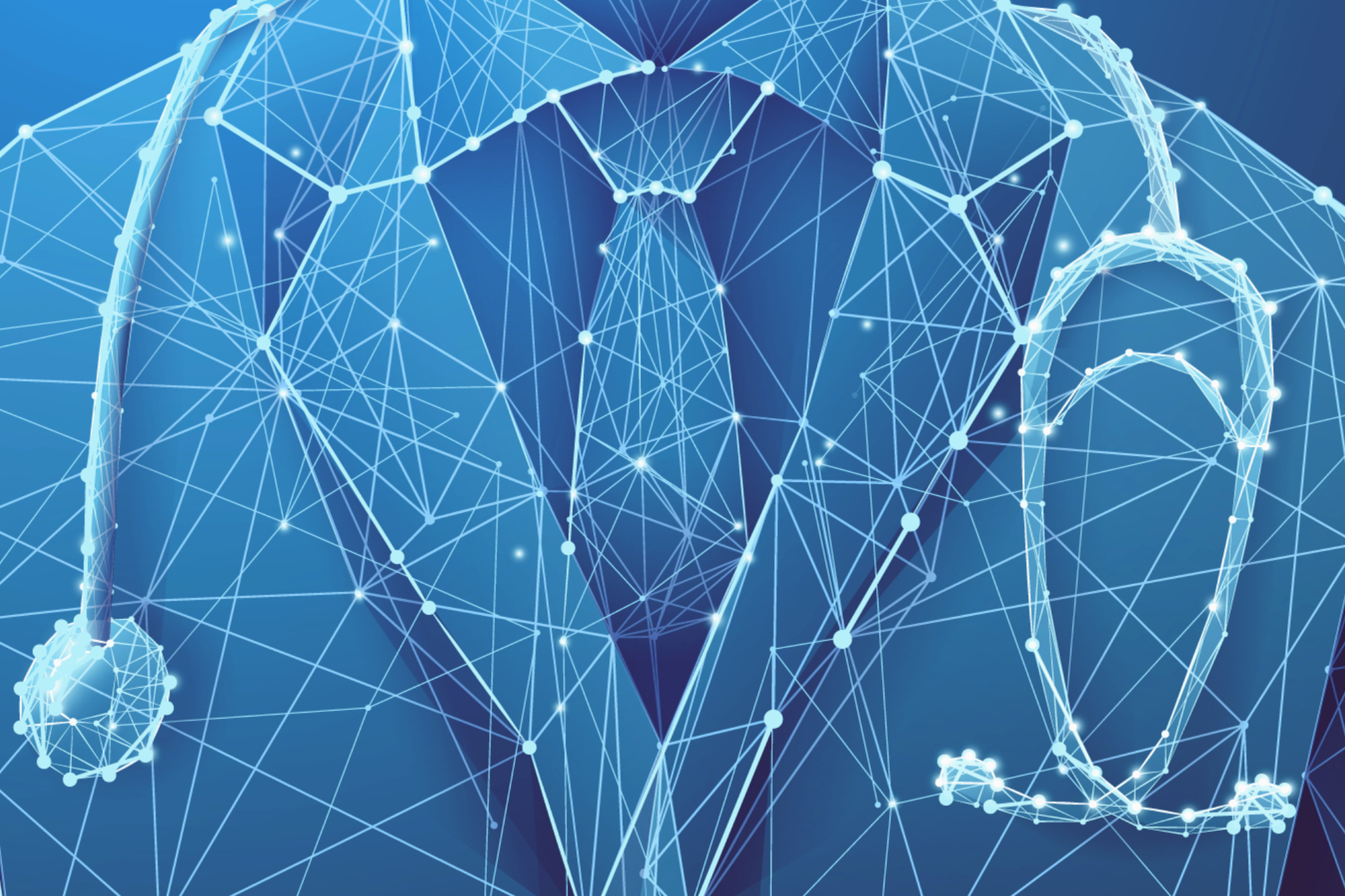 Imagine: You are only six months away from entering medical school when you're physically assaulted. During the assault, you suffer a traumatic brain injury. Imagine now that this assault was only one month after you had been robbed at gunpoint in a separate incident. Imagine listening afterward as a neuropsychologist tells you to take a year off before starting school or you will surely fail. Imagine later being told to consider a different career track because medical school would be far too demanding. Imagine how easy it would have been to give up.

This particular story begins in 2013 when I was still in undergrad. During that time, I worked as a full-time ED scribe at a Level 1 trauma center. After a shift in chilly November, I was looking forward to a night out with friends, but I had to work in the morning, so I left the festivities early. As I walked to my front door, I was confronted by two hooded men who asked for my belongings. I reached into my pocket and felt something metallic against my head. It was a gun. I said, "Please, I'm a student. I don't have much to give you." One of the men threw me onto the ground face-first, and his friend patted me down as he held the gun to the back of my head and barked, "Don't move or I'll blow your brains out."

I laid there for what felt like a lifetime. I've been asked many times what it's like to stare death in the face. To be honest, I was so shocked, my thought process was something like this: these guys are probably on some type of drug, just follow commands and do not move. They took everything out of my pockets: my phone, my wallet, the keys to the car and apartment. I simply closed my eyes and did what I was told until I felt the heft of the gun pull away from the back of my head. I was left lying on the snowy ground, stripped of my belongings and traumatized by fear.

A few weeks later, as I was leaving work, I saw a guy — literally right in front of me — punch a girl and knock her to the ground. I attempted to gently help the girl to her feet. As I lifted her hand from the ground, everything went black. I have absolutely no recollection of what occurred after I lifted her hand, but my friends told me afterward that the assailant's accomplice seized me by the shoulders and slammed my body backward onto the concrete; my head smashed the ground like a watermelon.

Everything felt normal until around 4 p.m. the next day, 16 hours after my head hit the concrete. A crushing headache began, I became nauseated and started to vomit as the world spun. I grabbed my friend and asked him to take me to the ED. Fortunately, it was the same ED I worked in and the triage nurse knew me. I was taken in immediately.

From what I've been told — my memory of that day is still severely limited — a doctor who was familiar with me walked into the room and heard me speak. He wasted no time, wheeled my bed out of the room, and personally pulled me into the CT scan.

Diagnosis: An epidural hematoma and a subdural hematoma, plus a subarachnoid hemorrhage with a temporal bone fracture (with, fortunately, minimal midline shift). My neurosurgeon told me that I was less than two hours away from a coma or death. He performed an emergency craniotomy and excavated the buildup of blood from the torn middle meningeal artery. The official surgical document states: "We opened up the cranium and the middle meningeal artery was shooting profusely." I awoke in the neuro ICU with a shunt in my head, wondering what my life would become.

I couldn’t do anything on my own for the first three days following surgery. It was discouraging, but I knew that if I gave up, and didn't go through therapy without giving it my all, I would never be the same. By the fifth day, I was walking up and down the stairs with minimal assistance. I eventually passed all of the neurologic exams. On the sixth, I was discharged home with my mother and strict outpatient recommendations of rest and therapy (physical, occupational, and speech). I had to cancel my remaining medical school interviews due to debilitating headaches and mental fog, among multiple other symptoms. Fortunately, I had been accepted at a few medical schools prior to the injury.

In May 2014, approximately three months before starting medical school, I felt like I was finally back to normal. I had an appointment scheduled with a neuropsychologist who cleared me to resume normal activities. This man, with a PhD in neuropsychology, didn't try to sugarcoat anything. He told me quite directly: "You will not make it in medical school. You're too slow at recalling objects, and your short-term memory is poor. You have trouble with spatial organization, as well." While I was exiting his office, I told him that I'd send him a copy of my diploma when I graduated from med school. And on to medical school I went.

He wasn’t completely wrong — medical school was very difficult.  Anatomy lab practicals were a pure struggle, histology images were nearly impossible to recall, and microbiology was no fun. I was definitely more fatigued learning than I had previously been. The headaches were, at times, so unbearable that I couldn't get out of bed. The first two years were so densely packed with information that by April of my second year, I was incredibly mentally drained. And there was still the beast at the end: Step 1. I wasn't sure how to study and tried what seemed like 100 different resources. Additionally, I had to fly back to Michigan multiple times to identify, confirm, and testify as the victim of an armed robbery case.

As predicted, Step 1 was a disaster. I scored a poor 446 on COMLEX and 210 on USMLE — scores almost too embarrassing to admit here. Regardless, I passed. But I was more worried about getting my mind back on track. I was beginning my third-year rotations in Tampa, Florida, and I couldn't afford to do poorly again. I had shelf exams every month and could not fall behind on studying. I promised I would never overwork myself to the extent that I did in Step 1. I should have taken longer breaks, and been healthier overall. I saw my neurologist prior to embarking on clinicals. Sensing my discouragement, she told me, "Alex, you are going to be a great physician. Do not let anything hold you back. You can and will succeed." (God bless you and rest in peace, Dr. Jahnke. She passed away that same year from cancer.)

With Dr. Jahnke’s encouragement, I found my old self, and throughout that year I truly felt like my brain was recovering. In hindsight, it is crazy how debilitating trauma can be, and it affected my life significantly. Once I was able to control my thoughts about the trauma, I was able to get back to my baseline. I scored significantly higher on the second step of medical licensing and secured my No. 1 desired program in internal medicine. Little did I know, the traumatic experiences were not over.

Six months into my intern year of residency I was a struck by a drunk driver leaving the hospital at around 65 mph. The left side of my skull slammed into the window (the same side as my prior brain bleed and temporal bone fracture) and my chest hit the steering wheel with what felt like considerable force. I blacked out for a second or two, which I convinced myself was from the shock of the event. Despite being quite dizzy, I crawled out of my car through the passenger side. I was miraculously greeted immediately by a trauma nurse from a nearby hospital telling me to sit down and relax as she did a quick assessment. EMS arrived and I was found to be hypertensive and tachycardic. I was again brought to the ED of the hospital I worked at. I had sharp chest pain, dizziness, and headache. And, to top it off, I was freaking out about hitting the same side of my skull that had been previously injured. After a million-dollar trauma workup, I was blessed to walk out of the injury with only few broken ribs. I finished my intern year successfully without any real setbacks, aside from insurance claims and medical bills. Three months after this accident, I scored 78 points higher on my Step 3 examination than my Step 2.

This story was not meant to make you think that I'm some kind of crazy miracle. It was meant to tell you something real: I had a gun to my head, a traumatic brain injury, countless sleepless nights, throbbing headaches, and debilitating neurofatigue. I had a dismal Step 1 score. But I recovered, I pushed on, and I made it through medical school. I matched into my top residency spot and then a drunk driver hit me, but I was once again fortunate.

I am now well into my PGY-2 year and truly, I count my blessings every single day. If you only remember one thing from my story, I'd like you to remember this: Life is going to continually test your strength and commitment to your goals, but it is up to you how you react and respond. Your obstacles don't have anywhere near the strength that you do. We have an amazing inherent ability to control our thoughts and actions. You don't always get a second chance to redo the day before — but, when you wake up, it is a new day for you to win or lose. Don't lose hope!

Alexander D. Lake, DO is a PGY-2 internal medicine resident in Hudson, Florida. He serves as Chair of the Florida Medical Association Resident and Fellow Governing Council. He plans to pursue a gastroenterology fellowship after graduation, while continuing to be involved in policy and advocacy.