David Brine, MD • Radiology
May 30, 2019
Op-Med is a collection of original articles contributed by Doximity members. 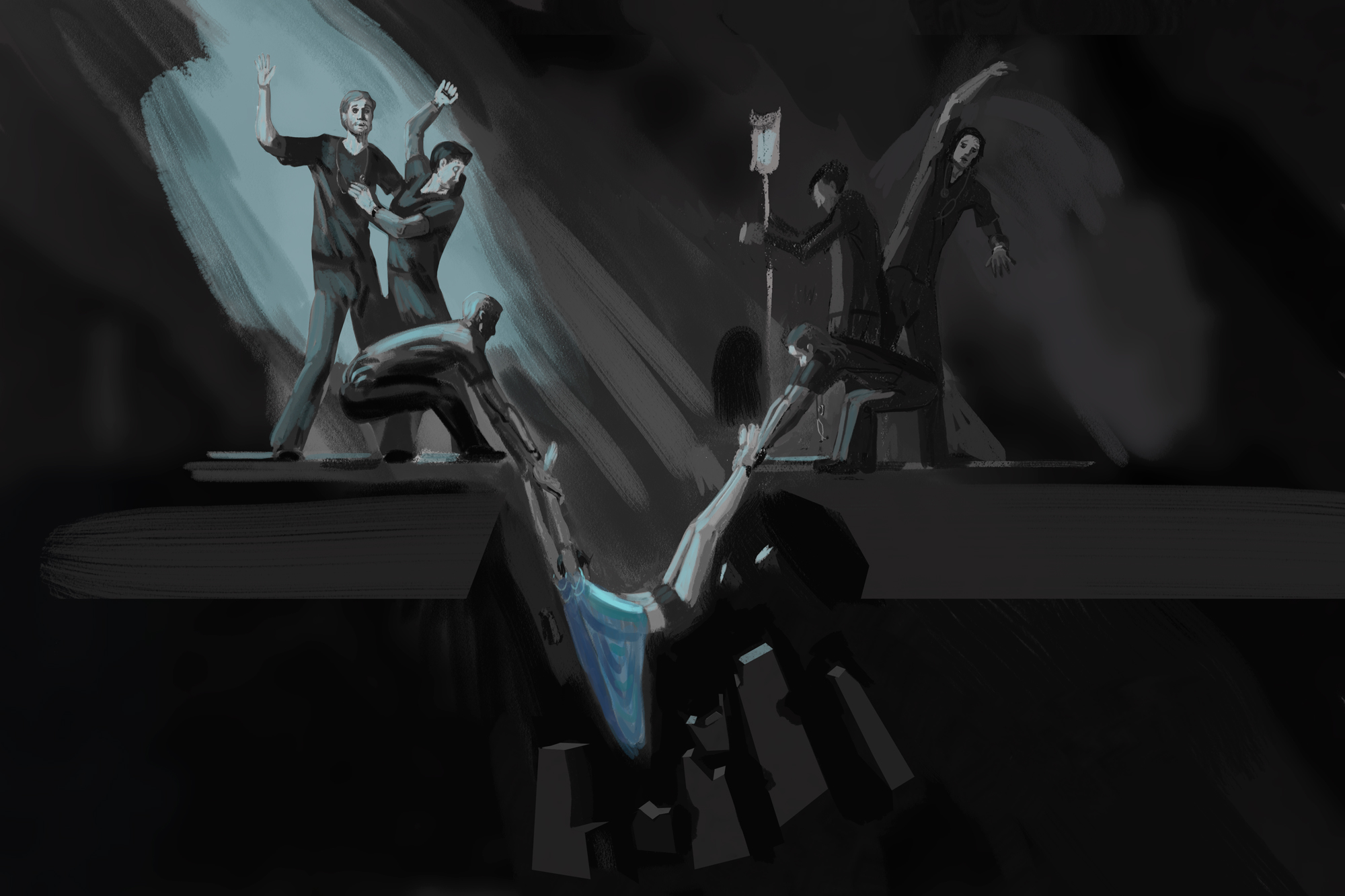 I was in transit to the ground.

I fell from a hotel balcony approximately 52 feet down, landing on my right pelvis and creating an eight inch deep hole in the compact soil and gravel. I missed a jagged boulder by inches. I was rushed to the nearest trauma hospital that had recently formalized a trauma program earlier that year. My parents, being 1500 miles away at a high school basketball game, were informed by local police of my accident. They were told, "you better get down there; your 21-year-old son has massive head injuries and is not expected to survive."

My parents dropped everything and found the quickest flight. When they arrived, I was very much alive. I was conscious and talking, but in pain. The initial idea of head injury was because I was unresponsive due to excessive alcohol consumption. I learned I received last rights from every minister, priest and rabbi available. I was purple from my chest to knees with clavicle fractures, right rib fractures, and right pelvic fractures. Just a head CT and some plain films was all that was needed. I was in a regular room.

On day 2, I told my father something was wrong; I could not breathe. Without a chest X-ray or CT scan, a thoracic surgeon plunged a giant needle into my right chest at about the third to fourth rib level. Pain was so severe I saw colors. I was rushed to surgery for a resection of my right middle lobe with repair to a torn bronchus. With five chest tubes, an ET tube, a NG tube, arterial line, central lines, and a Foley catheter, I had it all.

I did not open my eyes for two weeks. They were swollen shut. My face and body were swollen, and I suffered from severe subcutaneous emphysema. My only sense was hearing. The best part was that I was deathly allergic to morphine and all derivatives so the pain was excruciating. I had no understanding of what happened or where I was – just hallucinations and severe pain.

I fought the sounds of the ventilator for days until I was able to time it to my breathing to forced myself to relax. My pulmonary therapy was unbelievably painful as I tried to dislodge mucous with the automatic chest beater with a fresh thoracotomy while dodging the five chest tubes.

Every morning, the nurses lifted me for weight checks, causing tremendous disorientation and spinning hallucinations. A voice announced 170 pounds, then the next morning 160, then 150, then later 120 pounds. Somehow, I recognized those numbers to be my weight and I knew I had to find a way to get out of there before I was gone. On one of those morning checks, I heard a voice say that the ET tube had to come out or I would need a tracheostomy. I had no sense of time – just voices, tremendous pain, and the noise of machines.

Finally, I could open my eyes! The ET and NG tubes were out, and I had lost nearly 60 pounds in two weeks. The doctors explained what had happened; and I did not remember my father having that much white hair. Pain was still excruciating.

One evening, my father has the Kansas basketball game on TV with me in my room. I remembered feeling progressively worse, and my pain was out of control. Then, everything went dark. I found myself at the top of a street watching construction workers fix houses, then explosions happened and the workers were killed. They got up like zombies and walked past me. I reached for them, yelling at them to go back and fix this. Then, a bright white light came and all the pain was gone. I felt the most incredible overwhelming feeling of calm wash over me. If any drug could do this, it would be worth billions.

I looked at the light and walked until I came up to a desk – high like a judge’s desk. I saw the silhouette of a judge. I said, "I have to go back, I can’t do this to my father." Instantly, I was back – eyes open, tremendous sweat and pain, looking into the terror-filled eyes of one of the people running the code – I just survived.

Incredible. This happened 32 years ago. I later realized the meaning of what I said, “I can’t do this to my father.”

When I was 13, a close family friend’s son died of Reye syndrome at the age of 18. The town cemetery where he was buried was right near the main road. Many times, when riding with my father, we would look over at the cemetery and see the boy's dad standing by the headstone staring down. We saw this for years. During one of those times, my father said to me, “Don’t ever do that to me.” I am alive because of that boy’s death.

Now following all my medical training, I ask myself, "was it the anoxic brain response that eased the death process"? I relive that day in every code I participate. With every unsuccessful one, I know the patient is now at peace.

When working with patients on ventilators or with those who could not respond to me directly, I always speak to them as if they could. I explain the full process before starting and at every step of the procedure as I do them, including “here comes a quick pinch” when giving local anesthetic. Maybe they are like I was, and can only hear.

I am also a cancer survivor. I complete thousands of procedures on cancer patients and frequently tell them my cancer journey. When they see the good I am doing, I like to think it gives them hope that they can get through the treatments and live a full life. That is another story.